The Ultimate Guide to Olive Oil

Which olive oil is the best? That depends, but we'll help break it down.

The only thing more overwhelming than choosing a wine might be choosing the right olive oil. These days, most supermarkets have shelves stocked with the stuff. There are “grassy” olive oils and organics, cold-pressed and “pure” ones, not to mention all of the countries of origin to consider. It’s enough to make anyone panic and do what we do with wine varietals we’re unfamiliar with—reach for the one with the coolest-looking label of course.

But trust us when we say, it’s well worth the time to select a high-quality bottle. As Samin Nosrat writes, “… as the foundational element, the flavor of olive oil pervades every single molecule of a dish.” Plus, with all that evidence on how great the Mediterranean diet is, it’s probably time to splurge on an olive oil you love. 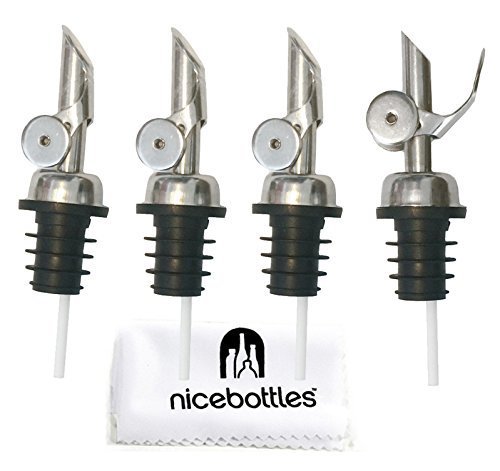 Make pouring it neat, clean, and controlled with these spouts.

So how exactly does one approach the intimidating olive oil aisle?

The highest grade of the three is extra virgin (which Rachael Ray affectionately calls “EVOO”). This is definitely the grade that you want to buy for serving straight up and for recipes where olive oil plays a central role—think salad dressing, dips for bread and vegetables, and olive oil cakes.

According to Ollie, an artificial intelligence chatbot powered by the Olive Oil Times Education Lab, extra virgin olive oil is made “simply by crushing olives and extracting the juice,” without any additional refining or chemicals. Even though only some brands advertise their oils as “cold-pressed,” they actually need to be cold-pressed to qualify as extra virgin. Basically, the term just means that the olives stay below 86 degrees throughout the pressing process, since higher temperatures can change the taste.

The next highest grade is virgin olive oil. It’s also unrefined, but has a slightly higher level of acidity than extra virgin. You can still use this for similar dishes as above or with bread, and tends to be a bit more affordable than extra virgin varieties. So if olive oil isn’t the star ingredient, this is a great grade to go for.

The last grade is “pure” or “refined” olive oil, which is often also labeled as just plain “olive oil.” Basically, these oils have undergone processing or chemical treatment and are usually mixed with a bit of virgin olive oil at the end. Because they’re usually way lighter in flavor, they’re the best type to get for eggs or stir frys.

Occasionally, you might come across something called “pomace” olive oil, which is made from leftover olive pulp. It always involves chemical solvent and heat, and is generally not considered olive oil for those reasons. In fact, pomace oil has been the center of controversy for dishonest labeling practices in several countries, including Spain and Britain, though it’s sometimes used for deep-frying.

Does it matter what country your olive oil comes from?

1. There are a bevy of different terms—“made in,” “product of,” “imported by,” “packed in”—that can indicate the origin of a bottle of olive oil. Single-source olive oils are pressed, packed, and exported from the same country. Olive oils that are a mix of olives from multiple countries or pressed and packed in different places will list all of the countries of origin. These don’t necessarily result in a lower-quality olive oil, but generally speaking the ones packed in a different country than the olives were harvested in tend to be less fresh than single-source oils.

2. There’s not a clear-cut answer to the question: Which country makes the best olive oil? Italy, Spain, and Greece are probably the three most well-known, though Croatia and Turkey have also produced some of the highest rated oils in recent years. In the United States, California churns out some great olive oils, though states like Texas, Arizona, and Georgia are also growing suppliers.

“It’s not so much the country of origin,” Ollie says, “but the cultivar, climate and countless other factors that determine the taste of an oil.”

Generally speaking, pure Spanish olive oil tends to be more “fruity,” while pure Italian oil leans towards “grassy.” Oils from Greece are more flavorful and peppery. However, even within these categories, there’s large variation based on the ripeness of the olives, the types used, and so on. Plus, as noted, lots of olive oils are combinations from different places. Use these basic profiles as a starting point, but don’t shy away from trying a selection.

So how can you narrow down your choices?

Along the same lines, even though extra virgin is the highest grade of olive oil, two different bottles might still taste completely different. It’s also not a foolproof method of selection—there are definitely subpar extra virgin olive oils out there.

1. If possible, sample before you buy. A high quality olive oil means it will have more complex layers without a greasy aftertaste. It also just comes down to preference. Since olive oils range from sweet to bitter to herby, sampling will ensure that you’re choosing a flavor to your liking.

2. If you can’t sample the oils, consider buying smaller quantities (which will mean you end up with fresher oil anyway). Date and freshness are crucial. As Nosrat points out in her guide, olive oil is basically just olive juice, so it shouldn’t be kept for a long period of time. Ollie suggests looking for a harvest date of no more than a year prior. Dark bottles also help keep out sunlight and preserve freshness.

3. Though there aren’t any mandatory olive oil certifications (which many people in the olive oil business say is a problem), there are a few voluntary ones that are always good to keep an eye out for. For varieties from Italy, look for labels that say “100% Qualita Italiana,” a brand created by the Italian consortium of olive oil producers called Unaprol. California oils can be certified as extra virgin by the California Olive Oil Council (COOC), and the North American Olive Oil Association (NAOOA) tests supermarket oils against the standards set by the International Olive Council.

What are the best brands of olive oil?

If you’re looking for an everyday extra virgin olive oil, California Olive Ranch is a favorite of professional chefs and home cooks alike, and often comes out on top in blind taste tests. 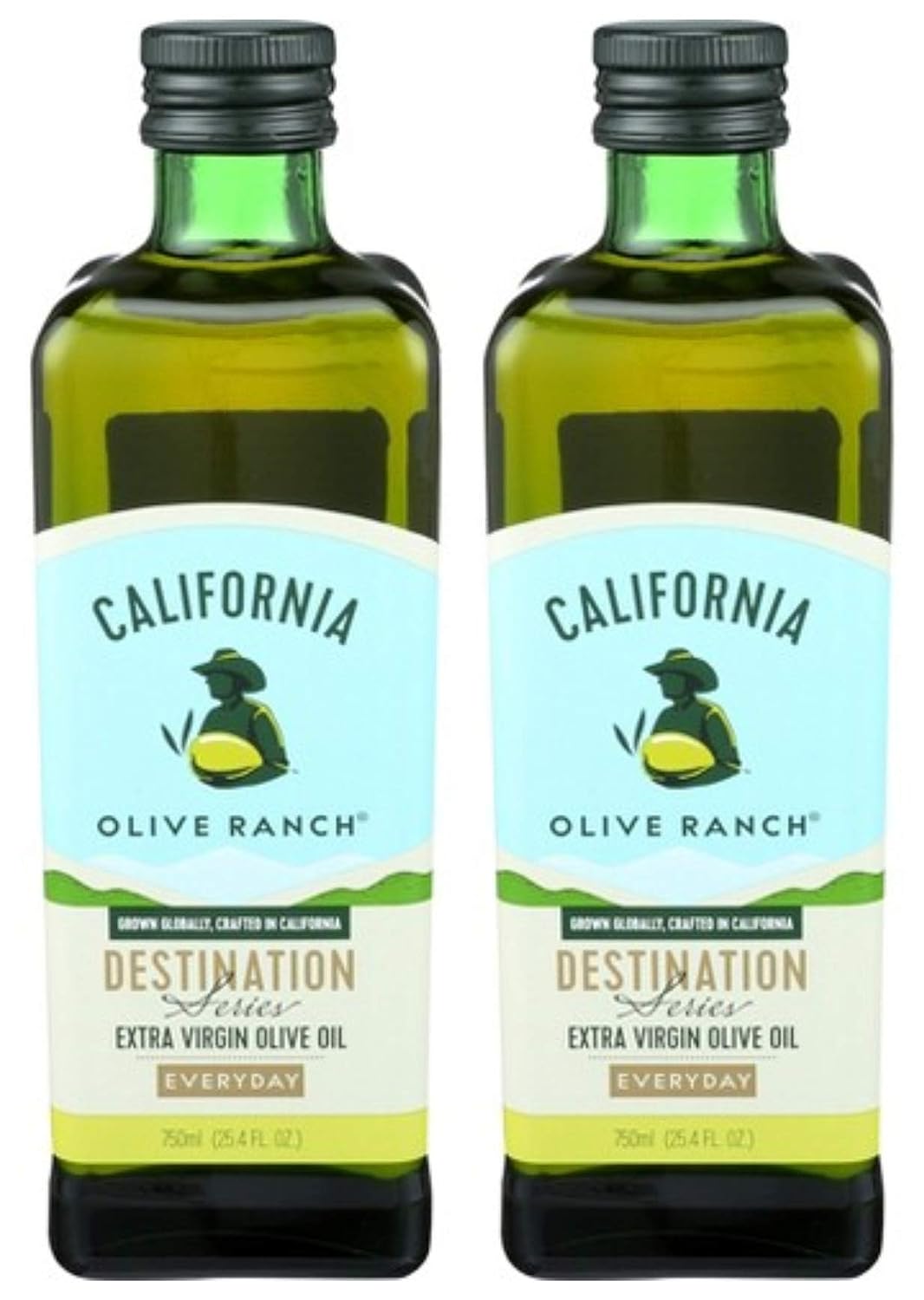 Costco’s Kirkland Signature Organic has passed blind extra virgin standards tests, and is probably one of the most affordable oils out there. 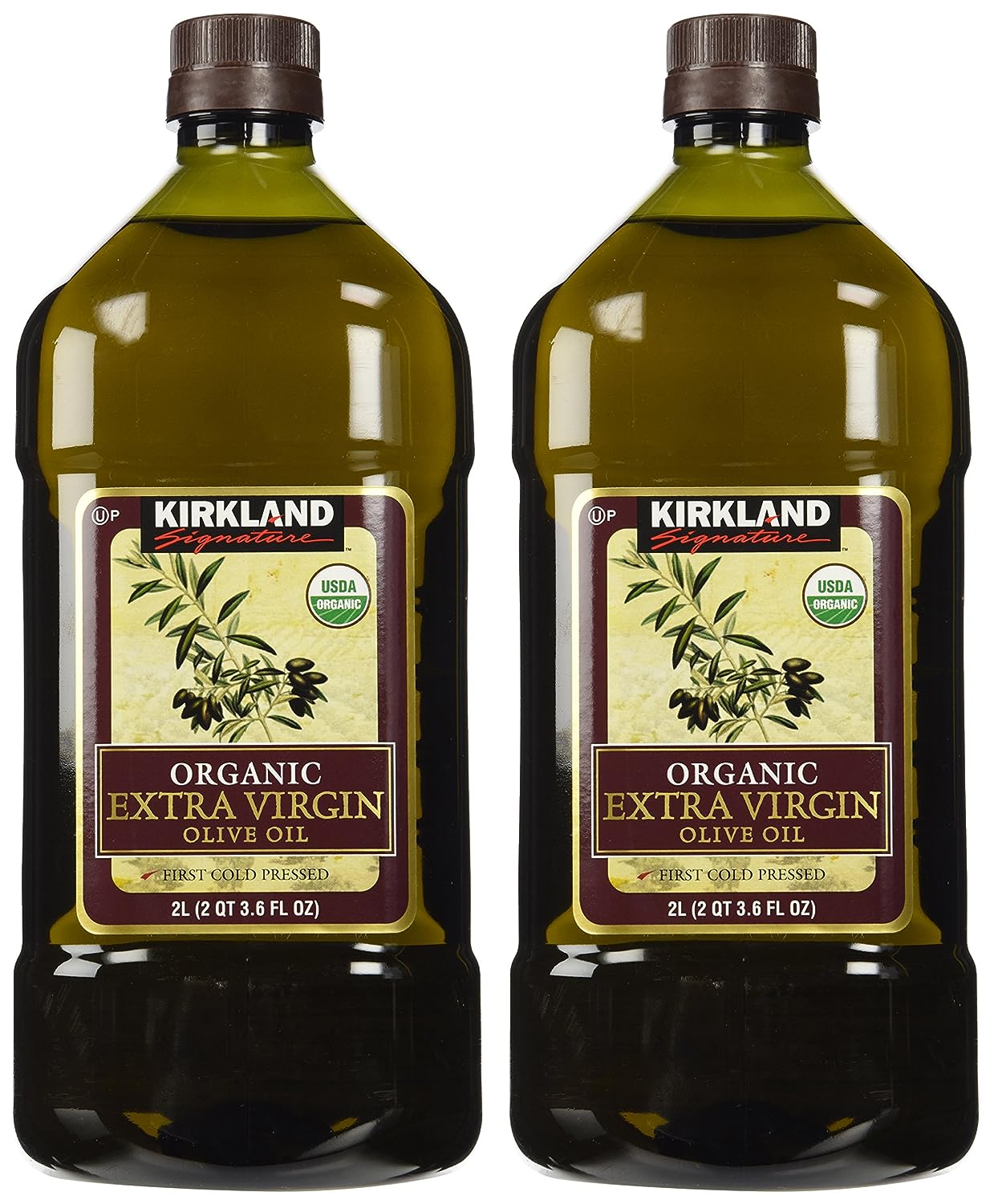 Other trusty brands include Filippo Berio, Bertolli, and Colavita. 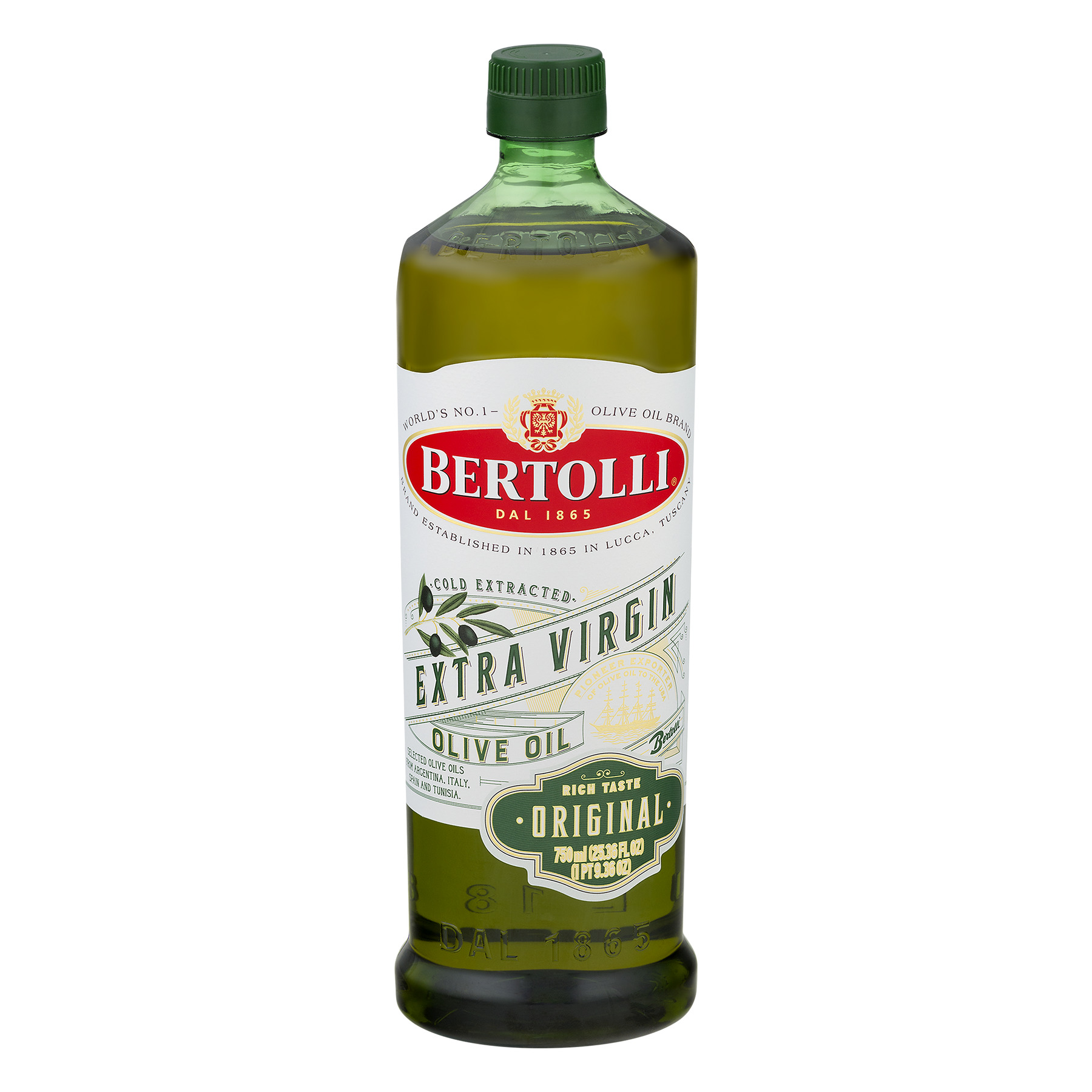 At a slightly higher price point, KATZ Farm, a producer in California, is a favorite of several cookbook authors.

Finally, there are occasions when you really want to splurge—maybe for your beachside vacation where you’ll be eating tons of fresh seafood and bread, or when you’re looking for a special housewarming present that isn’t wine or dish towels. Oils from Almazaras de la Subbética, an Andalusian producer that’s one of the world’s best regarded olive oil names, are a top choice for this. 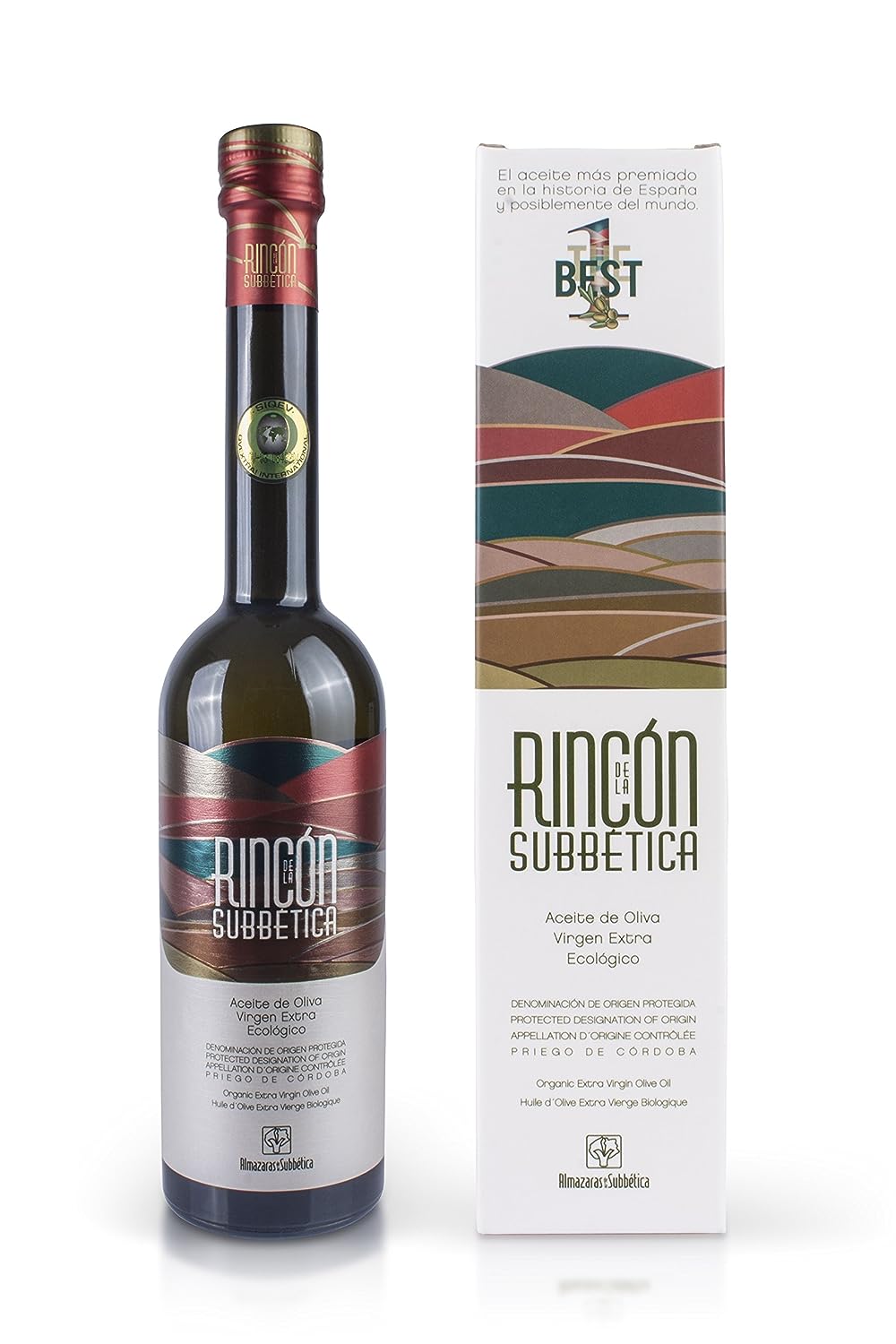 For those who love spicier and more bitter oils, Il Tratturello from Molise, Italy, is a great option, and for housewarming gifts, the beautifully designed Wonder Valley oils from Joshua Tree will impress any host.

Generally, it’s a good idea to have at least two bottles of olive oil on hand, one for drizzling, dipping, and using in uncooked dishes, and one for sauteing, roasting, and cooking in general. Once you’ve made your choices, check out some of the best olive oil dispensers, and our olive oil recipes for more ideas on what to do with them.

Clarification, July 18, 2019: This article, originally published on May 10, 2019, initially stated that refined olive oils are better suited for cooking than non-refined varieties because of their smoking points. The relevant paragraphs have been updated to reflect research which suggests that extra virgin and virgin olive oil are relatively heat stable. The article was also revised to more clearly define the labeling conventions for country of origin.