What Is the Difference Between Creole and Cajun Food?

Mardi Gras is swiftly approaching, and with that celebratory holiday comes the consumption of all the amazing dishes that come out of the Big Easy and surrounding lands. Jambalaya, etouffee, crawfish everywhere…truly, you can’t go wrong. Whether it’s Creole or Cajun food, whatever you’re chowing down on is bound to be delicious. However, when it comes to Louisiana cooking, does it matter whether it’s called Cajun or Creole? Are those terms interchangeable? What’s the difference, if any, between Creole and Cajun cooking? The answer, it turns out, is important. And don’t dare mix those terms up amongst native Cajun and Creole down in Louisiana. 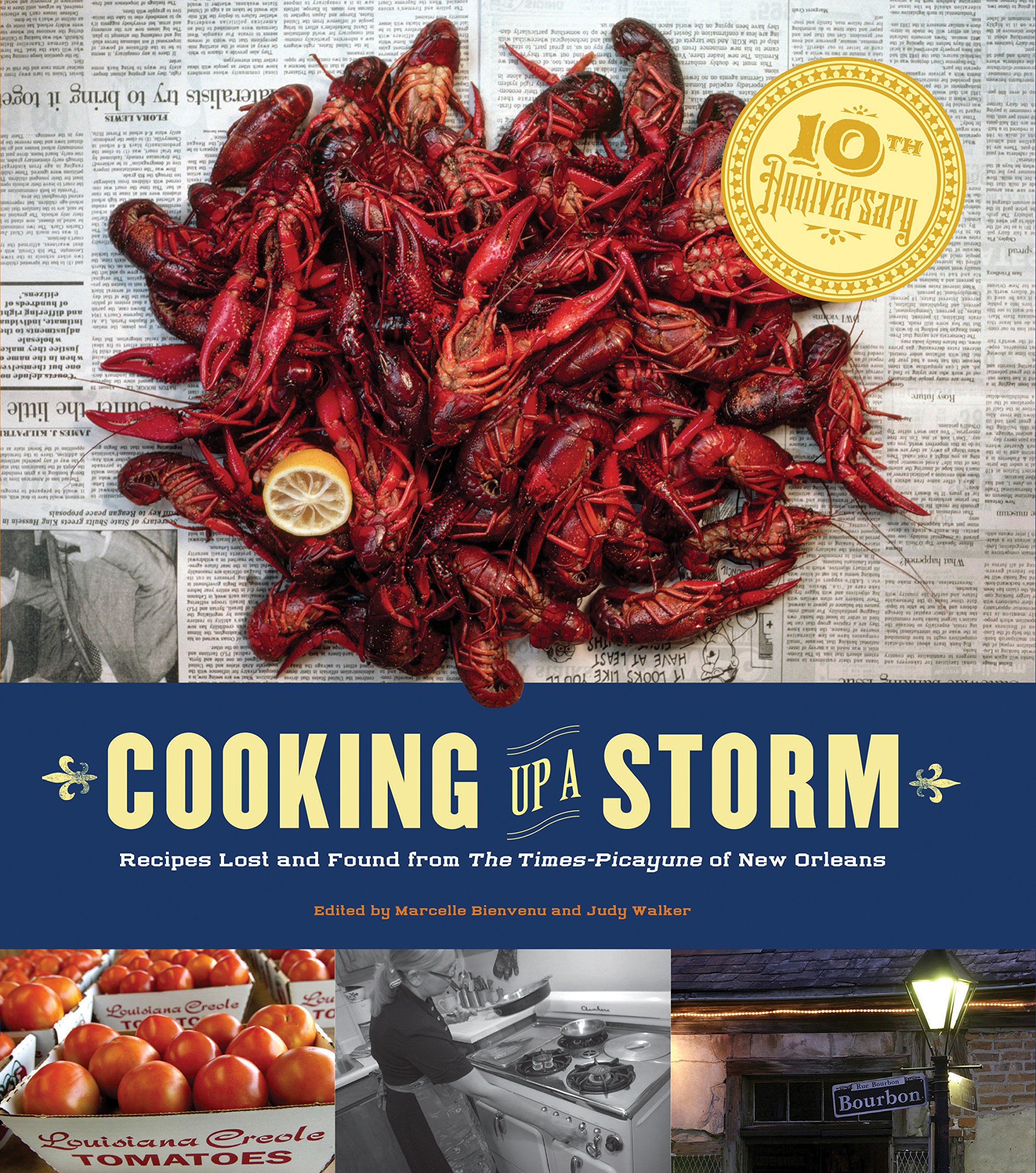 A collection of recipes from the Times-Picayune of New Orleans, resurrected after Hurricane Katrina.

If you want a simple answer, there is one: Creole is city food and Cajun is country food. Creole cooking uses tomatoes, Cajun cooking does not. There. Now go about your day.

Of course, there’s more to it than that, and even a few blurred lines. But if you really want to get into the details, there are a lot of important nuances between the people (yes, Cajun and Creole describe both people and cuisine) and their food, and a lot of the influence on the food has to do with the history of the settlement of Louisiana itself.

The Creole people are quite a melting pot of cultures that goes all the way back to the settlement of New Orleans hundreds of years ago. The earliest settlers were French and Spanish, and their descendants, the first to be born in the New World, referred to themselves as Creole. Over time, this definition also came to include the African slaves and their descendants that were brought to the New Orleans area by those early inhabitants. Over generations of immigrants, migrants, and through the end of slavery, the people who could rightfully call themselves Creole grew. It’s now considered a mix of people from French, Spanish, African, and Native American heritage who originate in the New Orleans area.

Because of their proximity to water, their cuisine developed with an eye towards local seafood and French-inspired flavors from the Old World. One of the most direct connections to French cooking is found in a traditional roux, the flavorful base of many dishes. Roux is made with what locals call “the holy trinity” of onions, celery, and green pepper, cooked with butter and flour, which resembles the French mirepoix, the version made with onions, celery, and carrot. With prosperous trade and lots of wealth, Creoles also had access to exotic seasonings that came both from trade and the influx of people from abroad, such as spices from the Caribbean, Africa, and Europe. Their wealth meant they also had more readily available access to refrigeration. This allowed them to use dairy and other highly perishable ingredients, which is why a Creole roux is cooked with butter like the French version, instead of oil. Creole dishes can also be quite fancy with a lot of sauteing and simmering, developed in wealthy households who had servants that could spend a good part of the day preparing meals.

So how to spot a traditional Creole dish? First, look for the roux—it should be prepared with butter. Creamy soups and sauces are more likely to be Creole as well. Tomatoes, another luxury at the time, are often featured prominently in Creole dishes (or at least, if you’re looking at two different jambalayas and one has tomatoes and the other doesn’t, you can reasonably guess which one is the Creole version.) Creole cooking tends to feature fish and seafood more prominently than heavy meats. Seasonings and spices from the Caribbean, Europe, and Africa are abundant, though not necessarily melt-your-face-off hot. Though its origins are French, the influence of all these cultures makes for a truly unique cuisine.

Generations of Louisiana cooks have sworn by the Creole and Cajun recipes in this community cookbook.

If Creole are the city folk, then the Cajun are their country brethren. Unlike the Creole settlers, early Cajun settlers didn’t come from the Old World, but instead north from the Acadia region of Canada. When the British invaded New Brunswick, Prince Edward Island, and Nova Scotia, many of the French Canadians fled or were forced out and made their way down to the Louisiana countryside, settling the area now known as Acadiana. Unlike the Creole, they didn’t have the benefit of wealth, trade, and servants at their disposal.

However, coming from French Canada, they did share some of the same basic culinary roots. For example, you see that in their roux: The Cajun version of a roux still uses the holy trinity, but they cook it in vegetable oil instead of butter, originally not having the same access to refrigeration. Similarly, Cajun cooking uses a lot of salt and curing of meat to help it last longer. Their dishes, not as intricate and more likely to be a one pot meal than a day long sophisticated culinary adventure, feature the bounty of the land around them: Meat, pork, and crawfish are abundant in Cajun dishes.

Therefore, Cajun cuisine, though it shares similar dishes with Creole cuisine, such as gumbo, has telltale characteristics that makes it easy to distinguish from Creole cooking. First, the roux—remember that the Cajun version uses oil instead of butter, and the further south you get, the darker the roux. Crawfish boils are telltale Cajun, as a one-pot meal using the local crustaceans. Cajun food may also use lots of spices, especially cayenne, but not necessarily to fire-hot levels. Ever had Andouille or boudin sausage? You’ll get the flavor of the salt and smoke in the preserves. And in many dishes where you might expect to find loads of tomatoes, you’ll find little or none.

That’s not to say that these rules are hard and fast, nor the only ones. As the years have passed and dishes evolved as Cajuns moved to New Orleans and vice versa, some of these “rules” have been mixed or broken with delicious results. In the end, just don’t forget that Cajun and Creole are not the same thing.

This is a great example of the flavors from both cuisines being slightly interchangeable. The chicken and andouille, along with the oil-based roux, make it distinctly Cajun. However, tomatoes and okra give it a Creole flair. Get our Chicken and Andouille Gumbo recipe.

Maque Choux (pronounced “mock shoe”) is a delicious vegetarian side dish that uses a classic Cajun ingredient: corn! Made with cream (see, not every cream dish is Creole) and bacon, this goes well with any main course. Get our Maque Choux recipe.

Crawfish can be found in a lot of wonderful Cajun dishes, but to eat it on its own, cooked with potatoes and corn, is something of a treat. It’s more fun with friends, so multiply this recipe out, throw a plastic sheet on the table, and get to it. Get our Crawfish Boil recipe.

You can never get enough crawfish! Etouffee can be either Creole or Cajun. Whip up this quick Creole recipe for a delicious and filling dinner. Get the Crawfish Etouffee recipe.

Boudin is a distinctly Cajun sausage made from pork, liver, and rice. Wash it down with a cold beer and you have a wonderful and traditional Cajun meal. Get the Boudin recipe.

With all this talk of roux, meat, and crawfish, it’s easy to forget that there are unique dishes that don’t really involve any of them. Mufuletta sandwiches are a New Orleans specialty, first invented and sold at a corner store by an Italian immigrant. With an olive salad and a selection of deli meats between two slices of Italian bread, it’s a great lunchtime treat. Get the Mufuletta Sandwich recipe.

This is a great way to enjoy a Creole shrimp dish…cold. Served over lettuce, this shrimp is tossed in a thick, tangy mustard and mayo sauce. A great light dish for a hot Louisiana afternoon. Get Donald Link’s Shrimp Remoulade recipe.

Related Video: Eat Like You’re in New Orleans with These Ingredients