My Shanti by Vikram Vij

Take me to my post
Restaurants & Bars
B.C. (inc. Vancouver)

Terminal City (that's us) diners have never clamored for fine dining like TO, NYC, LA, etc. Too much Gore-Tex in our bloods ;-)

Vancouver’s top new restaurants of 2014
The list shows Vancouver is moving farther away from fine dining
Brock Hunter December 13, 2014 9:36 am

Food Critic Alexandra Gill came up with the top ten restaurants for the Globe and Mail, and says the Lower Mainland’s returning to more casual dining after the high-end bubble of the 2010 Olympics.

“We are finally coming back to the kind of restaurant, the casual but wholesome restaurants you know with classic techniques, no more molecular. The places we really want to eat rather than the places that we were creating to impress the rest of the world,” she explains. “What we are seeing though is a small neighbourhood, casual haunts. The big trend is healthy food; you are seeing a lot of restaurants, even find dining restaurants, serving lentils and whole grains. This is the way people are eating at home and they want to eat the same way when they go out.”

She adds eight of the ten picks are owned by local restaurateurs who have launched new concepts – led by Vikram Vij’s My Shanti in Surrey at number one. 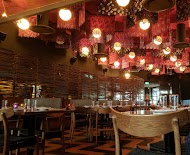 My Shanti by Vikram Vij

19 Fantastic Salts to Stock Your Pantry & Make Your Food Shine

by Roxanne Webber and Jen Wheeler | Salt is a transformative ingredient (if you're in any doubt of that, see Salt Fat Acid Heat), but...

by Roxanne Webber | Donald Link is one of New Orleans' best chefs, known for his down-home Cajun cuisine at Cochon and...

First time in the history of my Refrigerator