Peeps Desserts Are Perfect for Easter (Or at Least for Instagram)

Even if you don't like Peeps, these Easter desserts are a feast for the eyes.

Peeps are probably the most iconic modern Easter candy around, and even if you don’t actually like eating them, they’re undeniably adorable in their brightly colored marshmallow chick and bunny guises. So we rounded up the best ways to use Peeps in desserts (plus a few other alternatives for the haters), that if nothing else, are fun to look at.

Where Did Peeps Even Come From?

They started life as artisanal, hand-made marshmallow chicks produced by the Rodda Candy Company in Lancaster, Penn. While mass-produced Peeps are now churned out at a rate of millions each day, in the beginning, it took 27 hours to make a single tray of Peeps (which weren’t called that yet).

Every color of the Easter rainbow.

The Evolution of Peeps

They now come in an array of flavors—see: Cotton Candy Peeps, Pancakes & Syrup Peeps, Fruit Punch Peeps, and dipped Peeps Delights—plus they get gussied up in seasonal shapes for every occasion (from Halloween ghosts to Christmas trees and gingerbread men). But the traditional yellow chicks are still the best-selling variety.

While some signs point to waning popularity (The Washington Post axed its annual Peeps diorama contest after 10 years in 2017, citing declining submissions), others prove there’s still a loyal contingent that loves eating (and drinking) Peeps as much as looking at them. For instance, Dunkin’ offered Peeps doughnuts and Peeps coffee just last year.

You can buy Peeps coffee creamer to use at home too. Peeps beer has been produced in very recent memory. And plenty of people will continue buying them to eat as-is, or for incorporating into Easter treats.

How to Make Homemade Peeps

If you like to DIY, you can make your own marshmallow Peeps, for using in desserts or eating by their soft, squishy selves (they’re free of high-fructose corn syrup, delicious, and endlessly customizable when it comes to shapes, flavors, and colors).

How Can You Use Peeps in Desserts?

Aside from eating them as-is, here are some of our favorite Peeps dessert recipes.

now that peeps are readily available, it’s that time of year where I remind you of these trashy Chocolate Peanut Butter Peeps Skillet S’mores that I made a few years ago! ✨ very much winning. 👌🏻 . . . https://www.howsweeteats.com/2015/04/chocolate-peanut-butter-peeps-skillet-smores/ . . . #f52grams #fwx #buzzfeast #feedfeed #foodblogfeed #beautifulcuisines #foodblogeats #ABMfoodie #howsweeteats #mywilliamssonoma #hautecuisines #bareaders #foodandwine

Warm, gooey dessert dip is always a good idea; topping it with a rainbow assortment of marshmallows is even better for Easter. Choose bunnies or chicks as you prefer, or mix it up with both. Get the Chocolate Peanut Butter Peeps Skillet S’mores recipe.

These s’mores-inspired cookie bars are stunning, but you could try the same trick with fudgy brownies if you like—or anything, really. Popping Peeps onto whatever dessert you want to make is a fully Easter bunny-approved move (we imagine). Get the Peeps Cookie Bars recipe.

Have you tried #Peeps treats yet? You can get the recipe and tutorial #ontheblog! It’s one of our most popular recipes!

One of the most classic marshmallow-infused desserts, crispy cereal treats get a spring makeover with the pastel colors of Peeps. Get the Peeps Cereal Treats recipe.

A post shared by Beth Jackson Klosterboer (@hungryhappenings) on Mar 6, 2019 at 5:10pm PST

Popcorn balls aren’t just for Halloween—give them a pretty pastel spring makeover too, via the magic of melted Peeps. Get the Peeps Popcorn Balls recipe.

This fun and festive springtime dessert is almost too cute to eat. (Almost!) A cupcake frosted to look like a carrot top sits atop a two-tiered carrot cake covered in cream cheese frosting and adorned with playful PEEPS® bunnies! It’s the extra-sweet addition your Easter dessert table needs. Link to recipe in bio. #bettycrocker

There are nearly infinite ways to use Peeps to decorate cakes (check out this rainbow Peeps layer cake and this Peeps bunny Easter grass cake, for instance), and you can go with pretty much any flavor of cake you like, at that. But carrot cake makes perfect sense for Easter, and a simple ring of marshmallow rabbits in a single color is an easy yet eye-catching finish. The carrot peeking out of the top is a cupcake, so that’s also totally doable, no matter your skill level. Get the Peeps Carrot Cake recipe.

Psychedelic swirls of colorful candy melts and white chocolate are a perfect canvas for vibrant Peeps, but they’d also look great on a plain dark chocolate background. This is a great way to play around with whatever combos of colors and sprinkles you like. Get the Peeps Bunny Bark recipe.

Along with Peepshi (aka Peeps sushi), Peepza is another easy option with a big visual payoff. This version is basically a round rice cereal treat, with the addition of marshmallow frosting and intact Peeps on top. Prepare for the sugar rush of your life with this one. Get the Peeps Pizza recipe.

No-bake pudding cups are easy to transform into darling little garden patches for your Peeps to live in (until you devour them, that is). Get the Peeps Pudding Cups recipe.

Anything you can do with a regular marshmallow, you can do with a Peep, so s’mores are another natural choice! If you have leftover Peeps after Easter, pack them up for your first camping trip of the year. Get the Peeps S’mores recipe.

Chewy chocolate bars, gooey marshmallow Peeps topping, and extra Easter candy sprinkled on top? It’s basically the entire contents of an Easter basket all in one bite. Get the Peeps Candy Bars recipe.

Love the look but not the taste? No problemo—if you find Peeps visually enchanting but not actually worth eating (more for the rest of us), here are a few ideas just for you.

Peeps for Peeps haters?? These cookies LOOK like Peeps, but they’re actually fudge sandwich cookies. All of the cuteness, but none of the Peep-iness (to be clear, I LOVE Peeps, but am also totally cool with them in cookie form) 🐰 How do you like your Peeps?? . . . . . #peeps #cookies #marshmallowpeeps #sandwichcookies #easterdesserts #eastertreats #easterrecipes #peepsonality #foodblog #foodblogger #instafood #foodstagram #f52grams #huffposttaste #foodgawker #thekitchn #buzzfeast #flashesofdelight #bostonblogger #bosbloggers #wprecipemaker

Make your own Peeps-shaped treats, like these fudge-filled sandwich cookies. Admittedly, anything chick-shaped will be harder to pull off, but with the right cookie cutter, you can mimic the Easter bunny Peeps in many mediums, edible and otherwise. Get the Peeps Cookies recipe. 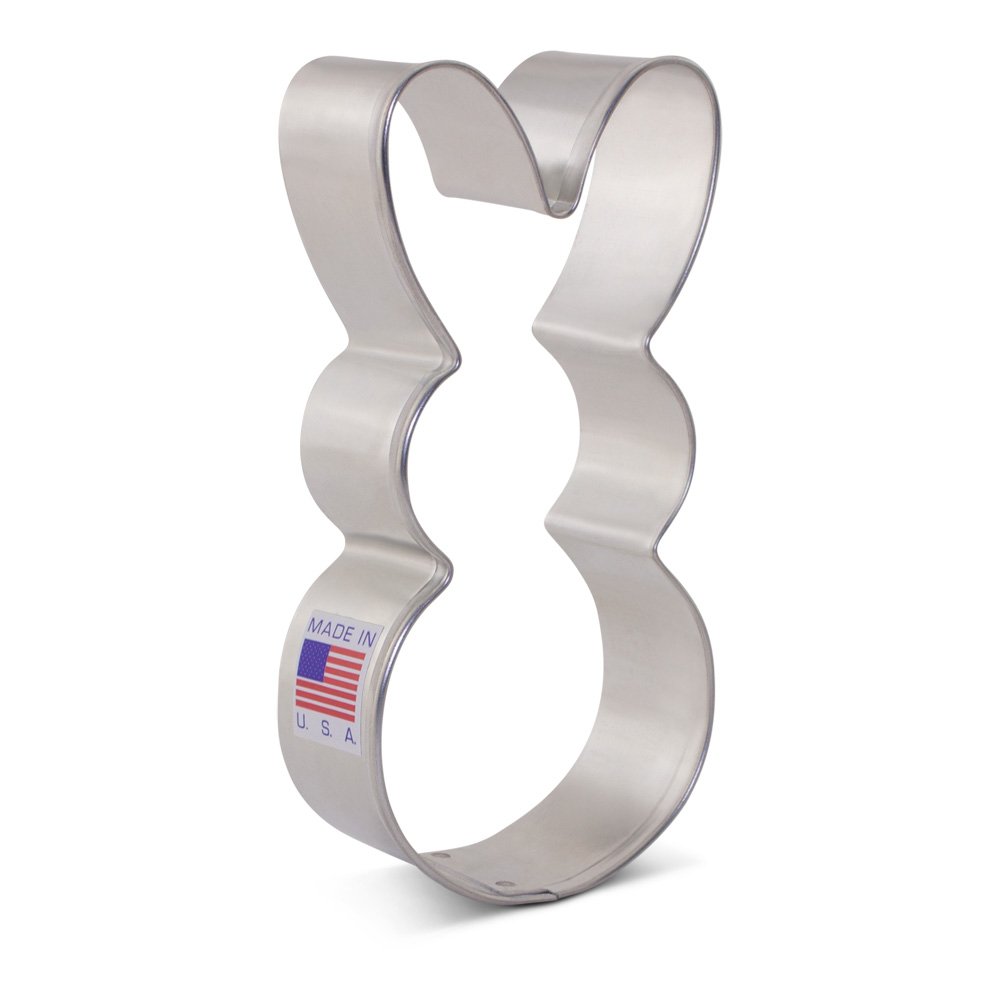 Make homemade Peeps bunnies—or lots of things that look just like them!

If you prefer cake to cookies, bake one and use your bunny cutter to stamp out shapes, then pour a thin icing or glaze over top—plus colorful sanding sugar for that authentic store-bought look.

You can even make Peeps healthy by making them from fruit! Cut free-hand shapes or use the cookie cutter on larger slices of pineapple, watermelon, and mango for healthy treats even the biggest candy fiend couldn’t resist.

Or just use the real thing, but for decor only! Peeps + a clear glass vase + a pretty bouquet make for a fetching Easter brunch centerpiece:

Get more Easter tips, tricks, and ideas, and see our Easter recipes.