What Is the Difference Between Seaweed and Kelp?

Whole Foods recently released its annual list of predicted healthy food trends for next year. Among the weird (cleaning supplies with probiotics) and the predictable (eco-conscious packaging), you’ll find the “marine munchies” category is still going strong in 2019. (That’s food made with the vegetable bounty of the sea.) Which means we’re all more than likely to be staring down more kelp noodles and seaweed-based after-school snacks this year. But what’s the difference between kelp and seaweed?

First, the similarities. Both are types of algae and are considered marine vegetables. Both are also incredibly nutritious, packed with vitamin A, calcium, iron, zinc, and iodine. Note, though, that both seaweed and kelp also have large amounts of iodine. Since too much iodine can negatively affect your thyroid, don’t plan on an excess of kelp-only smoothies. 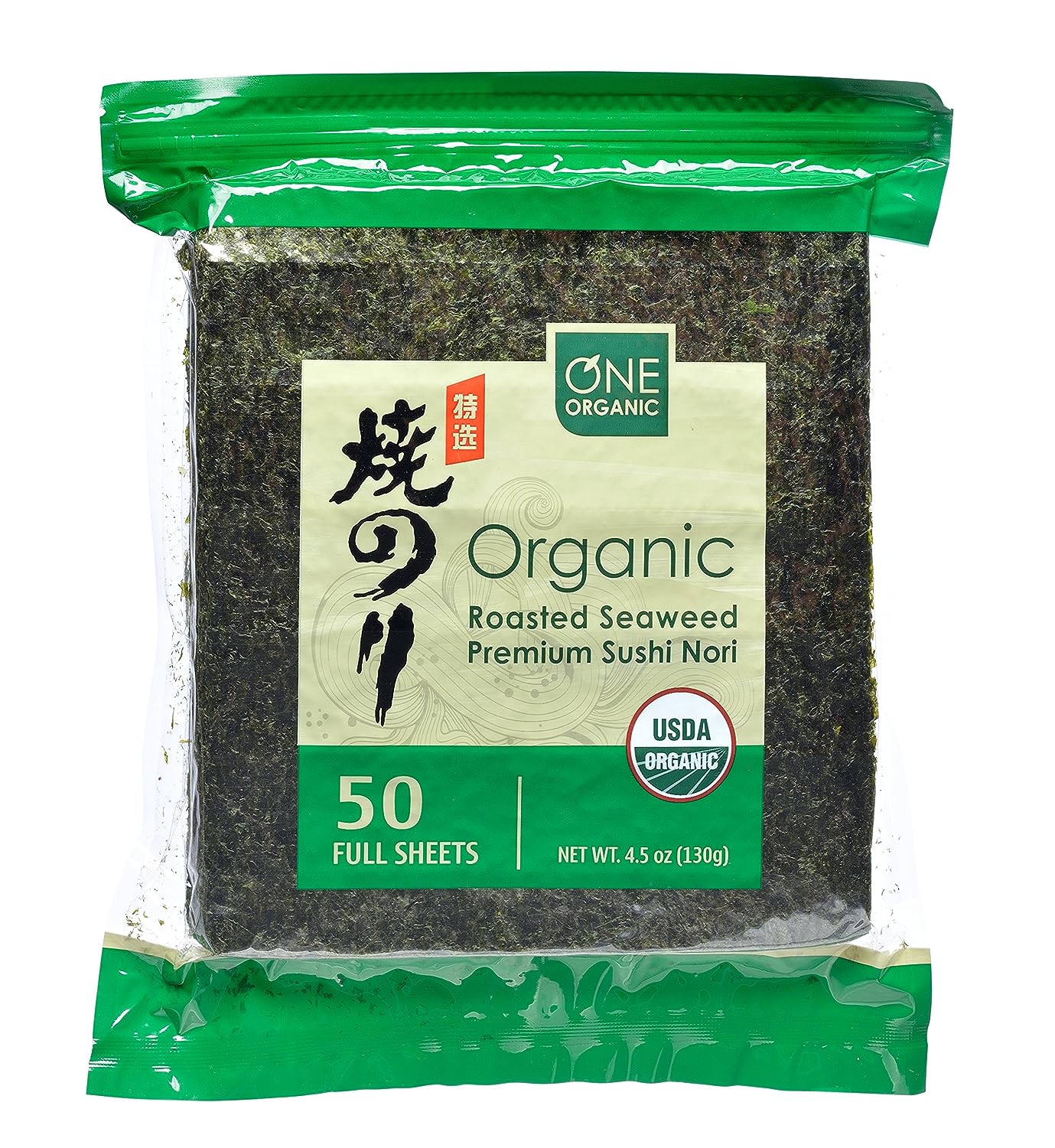 Organic nori makes a healthy, salty snack on the go!

The difference between the two are subtle. Most of us know seaweed from eating nori rolls. But seaweed is more than just those dry, crackly sheets of edible paper. The word “seaweed” is really a catch-all term that covers red, brown, and green varieties of this particular type of algae. It can grow in a number of marine-based environments such as lakes, rivers, and oceans, though it’s often mistaken as only saltwater-based.

If you’re interested in trying different types of seaweed, there are many varieties to choose from. In addition to the dark green nori (which is actually in the red seaweed family), it’s worth getting to know dulsi, also a red seaweed, and wakame, a type of brown varietal. Dulse is mostly eaten dried and its flavor is often compared to bacon. So, yes, go ahead and think of it like a healthier version of bacon. On the other hand, wakame has a bit of a sweeter flavor and when dried can be rehydrated to use in salads and other dishes.

Though kelp is also a type of seaweed, it grows only in saltwater environments, which is why it’s harvested near rocky ocean coastlines. Because kelp is so much bigger than other varieties of algae, it needs the continuous movement of the water to get its nutrients. Kelp also doesn’t float around like seaweed. It stays in a single spot due to a root-like system called a “holdfast” that anchors it to the ocean floor and allows groups of kelp to grow together. Little bags of air help the heavy stalks to float.

Kombu is the Japanese translation of kelp, so don’t fret if you see that word listed among the ingredients on the packaging of your new favorite snack. It’s also the primary ingredient in dashi, the broth used in many Japanese dishes. If you’ve had miso soup, you’ve tried kelp.

How To Use Both

A great example of using dried seaweed as a seasoning. The dried nori adds a pop of umami to the flavorful Japanese red pepper. Get our Corn with Black Pepper Togarashi recipe.

This is a seriously time-intensive dish, make no mistake. But it perfectly showcases how kelp, used here in a homemade dashi broth, can elevate an entire meal. Get the recipe for yourself. Get our Quinoa Tabbouleh with Marinated Tuna, Shiitakes, and Bonito-Rosemary Aioli recipe.

Want a faster and easier meal to make? Use kelp noodles for the base of a salad. This vegan recipe demonstrates how it works well with flavorful staples such as avocado and lemon, and shouldn’t take you more than 10 minutes to put together. Get the Smashed Avocado, Kelp Noodle, and Lemon Bowl recipe.

Next time you decide to Netflix and chill, do it with popcorn that will also give you a mineral and vitamin boost. Get the Toasted Sesame and Seaweed Popcorn recipe.

Are you one of the many who are obsessed with seaweed salad every time you go out for sushi? You may be surprised to know that it’s typically made with wakame seaweed. Simply buy dried, rehydrate, and mix together with all of the other sweet and savory ingredients. Get the Wakame Salad recipe.

If you can’t find dried dulse, the recipe provides simple steps to make it at home. This infusion adds a little extra saltiness and oomph in any dish that requires butter. Or, simply spread it on a piece of bread. Either way, your taste buds will be happy.