If You Love S’mores, You Have the Girl Scouts to Thank

Ever wondered who invented s’mores?

Now that it’s summertime, you’ve probably found yourself lounging by the fire pit, or maybe you’re basking in the glow of a bonfire down at the beach—or at least gazing into glowing coals in the grill at the end of a BBQ. No matter what open flames or embers you’re contemplating, you’ve probably been tempted to roast a marshmallow or two. Better yet, combine them with chocolate and graham crackers for the ultimate outdoorsy treat—s’mores. First you have one, and then you have s’more. A lot more.

Isn’t it strange how the combination of these three basic ingredients instantly transforms into something altogether magical when united in ooey-gooey harmony? While a campfire snack staple now, it wasn’t always this way. After all, someone had to come up with this ingenious idea to put them all together. So if you ever wondered about the history of s’mores, well you’ve come to the right place, and you’ve got a scrappy group of pre-teen girls to thank!

Let’s start with one key ingredient: marshmallows. The concept of toasting these sugary pillows over campfires began in the late 1800s. Beach towns in the Northeast popularized the idea by hosting parties at summer resorts with the specific intent of heating up marshmallows. At the time, this idea was novel and even romantic. According to one 1892 newspaper article that recounted a roast that took place in Asbury Park, N.J., “Marshmallow roasts are an excellent medium for flirtation…appropriately exhibited by nibbling the marshmallows of each other’s sticks.” The innuendo speaks for itself. 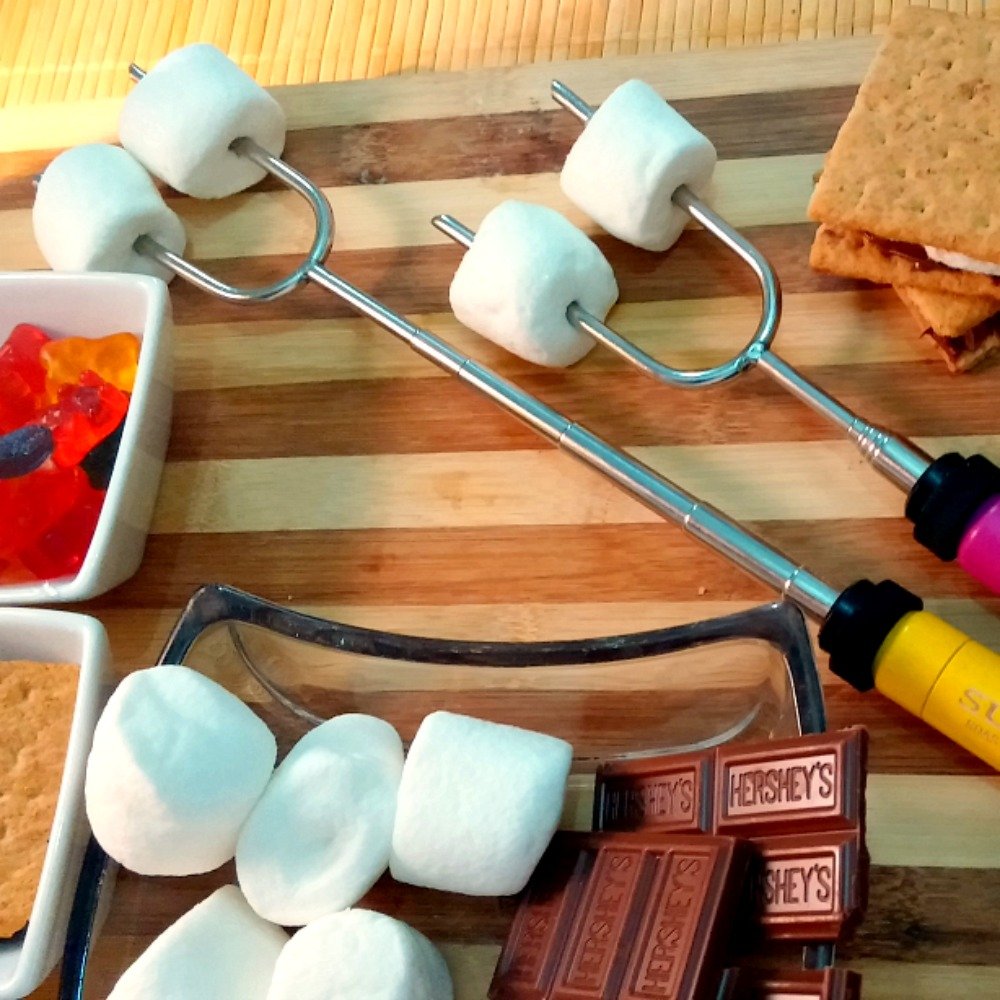 These 34-inch extendable steel forks are definitely easier than hunting for a stick in the woods, if less romantic.

Turning Them Into S’mores

But who decided to add the chocolate and the graham crackers? Turns out we have the Girl Scouts to thank for that pivotal pairing. The first-ever recipe for this delightful sweet snack can be traced back to a publication from 1927 titled “Tramping and Trailing with the Girl Scouts.” The book includes lots of tips and tricks for enjoying a successful hike. But what’s hidden within its 118 pages lies one of the culinary world’s greatest gifts. Just below instructions for how to perfectly roast an apple is a recipe simply titled “Some More.” It’s directions are as simple as the result is divine:

“Toast two marshmallows over the coals to a crisp gooey state and put them inside a graham cracker and chocolate bar sandwich. The heat of the marshmallow between the halves of chocolate bar will melt the chocolate a bit. Though it tastes like ‘some more’ one is really enough.” That last part is really deceptive though. After all, you can always have s’more dessert!

Why didn't someone think of this sooner? Just add graham crackers and you're good to go.

The recipe is credited to Loretta Scott Crew who made the treat for her troop during a camping trip. And while the name would eventually take on an abbreviated form, we still have her to thank for popularizing an amazing and rather ingenious idea. Maybe we shouldn’t be surprised though? Girl Scouts have been ruling snacktime since 1917 with their vast array of cookie offerings, so really, it makes total sense.

S’mores for the Modern Age

If you’re looking to elevate your s’mores game beyond its humble scouting origins, there are plenty of ways to update the classic recipe. For instance, this variation adds bacon for a meaty kick. Or try giving it a fondue finish for an extra decadent twist. And if you’re just looking for other dessert options that still contain this gooey trifecta of ingredients, try making S’mores Brownies, S’mores Ice Cream, and this incredible S’mores Icebox Terrine, so you can enjoy the taste of a campfire all year long. Or go with our easy S’mores Bar recipe, which makes 40 pieces of addictive deliciousness for feeding a big crowd.

Related Reading: How to Set Up a Sweet S’mores Bar 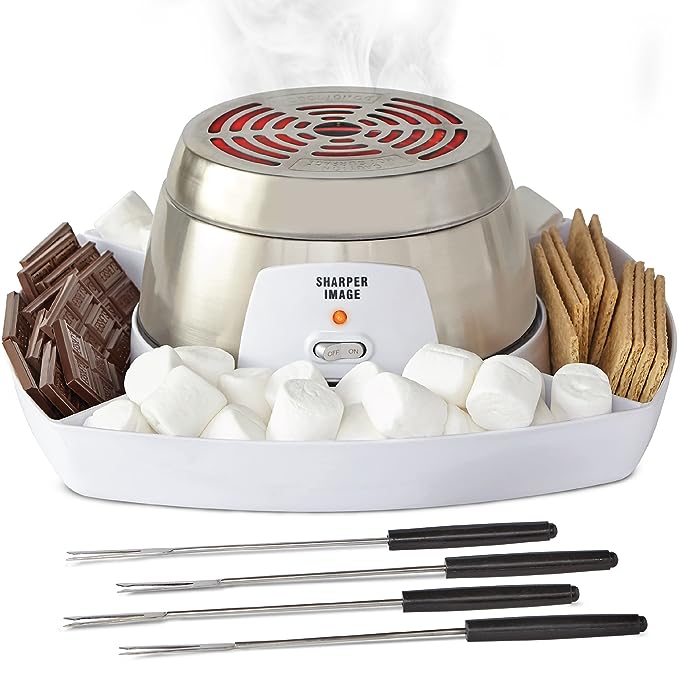 This 6-piece set is perfect for winter and rainy day s'more cravings.

A Nutritionist's Favorite Things to Buy at Trader Joe's