What’s the Origin of Easter Baskets? (And Why Are They Full of Candy?)

Like Christmas, Easter is a Christian (and possibly originally pagan) holiday that’s just as popular among the secular set. Giving children Easter baskets laden with candy is as vital a part of the tradition as dyeing eggs—but why?

Well, it’s mostly thanks to the Germans. Some people posit that “Easter” derives from Eostre, the Germanic goddess of spring—but other sources say this goddess was totally made up by a 7th-century British historian. The holiday itself probably actually sprang from Passover, and they do share many commonalities; furthermore, “Easter” is called Pascua in Spanish and Paques in French, similar to the Hebrew Pesach. Our term for the holiday may have come from a simple mistranslation.

So what’s with the baskets (and eggs and bunnies)?

The iconic eggs of Easter definitely have roots—or analogues, at least—in pre-Christian fertility celebrations and creation myths. They were a symbol of renewal and rebirth for countless religions and cultures over millennia, from ancient Hindus to Phoenicians to Egyptians and Greeks. It makes sense that they became linked with Easter too. But it’s also true that eggs (and many other foodstuffs) were traditionally given up during Lent, which ends just before Easter Sunday, so there’s another explanation for why they may have become so closely tied to the holiday.

And what about the baskets that traditionally hold them?

Somewhere along the line, at least as far back as the 1600s, German Protestants began believing (or telling their children, anyway) that a hare—another long-lived symbol of fertility and the returning fecundity of springtime—would bring colored eggs to place in improvised “nests” made from bonnets, hats, and presumably, baskets they would leave out overnight. Actually, the Osterhase (or Easter Hare) was alleged to lay the eggs, and like Old St. Nick, would only gift good children. There’s no word on whether he left any unpleasant surprises for the bad ones, but the Pennsylvania Dutch settlers brought their Easter traditions to America, and the rabbit’s popularity grew exponentially. Eventually, the Osterhase or Oschter Haws became the Easter Bunny, and the baskets made room for candy and toys in addition to eggs (with plastic eggs overtaking actual hard-boiled specimens in the modern age).

We’re not the only ones with Easter baskets, either—they’ve become traditional in the UK and Australia too, although Down Under, they tried to replace the rabbit with the Easter Bilby.

In Poland and other Eastern European countries, it’s customary to bring baskets of food to church to have them blessed on Holy Saturday or Easter Sunday, but these baskets contain bread, sausage, horseradish, and other traditional Easter foods (including eggs, of course) instead of scads of candy.

Meanwhile, your typical American Easter basket might look more like this, give or take some major electronics, video games, and toys of the moment:

Why Is There So Much Candy In Easter Baskets Now?

Commercialism, of course! Since the 1800s, chocolatiers and confectioners have been making egg-shaped sweets in celebration of spring in general and Easter in particular. People love sugary treats, and in novelty shapes they’re even more enticing, so it’s no wonder all sorts of seasonal candy has taken off. These days, many parents are moving away from unhealthy sugar overloads and choosing non-edible items for the bulk of their kids’ basket goodies, but Easter confections remain a highly lucrative racket (to the tune of over $17 billion per year), second only to Halloween candy. Some people who observe Lent and abstain from sweets during the period might justify treat-filled Easter baskets as a fitting reward.

Let’s take a look at what’s likely to be in those baskets:

Hello April! Hello spring! Explore our Easter & Spring Collection via the link in our bio.

Rabbit-shaped chocolate molds date back to at least 1890. Crafted by artisans, they were finely detailed to create beautiful—and one would assume, delicious—products demonstrating the skill of the chocolate-maker. Hollow versions of these molds originated in 1939; bunny-shaped empty shells were obviously cheaper to make and to buy (and easier to take a bite out of, to be fair—plus, there’s something satisfying about shattering a pair of snappy hollow ears between your teeth). During WWII, rationing meant there were no chocolate rabbits to be had, but after the war’s end, they were back in production—and the Palmer chocolate rabbit in particular was born. It proliferated like, well, actual bunnies, and despite tasting completely underwhelming, still graces shelves in various guises today. Thankfully, lots of other chocolate companies large and small make their own Easter rabbits too, so you can always choose a tastier example of the form. 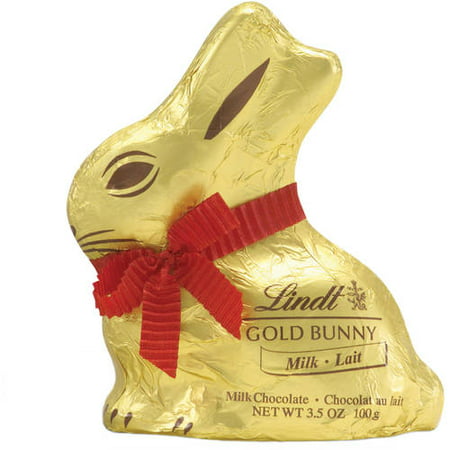 Probably the best-tasting grocery store bunny of all time.

While it may be hard to imagine when contemplating the endless, neon-bright ranks of identically squishy Peeps behind their cellophane wrapping in a store, they began life as meticulously hand-made marshmallow chicks; between piping them into shape and painting on the finishing touches, it took 27 hours to make a single tray. Once a means of mass production was devised, they started flying off the shelves (sorry; but really—they’re now made at a rate of over 5 million Peeps per day), and of course, they come in multiple flavors, shapes, colors, and variations like chocolate filled and fudge-dipped today. Still, some would say they’re best used in dioramas.

A descendant of Turkish Delight (which has been around since biblical times, though you may only remember it from “The Lion, the Witch, and the Wardrobe”), chewy jelly beans are thought to have debuted in the late 19th century. What was a simple penny candy now comes in a wide array of whimsical flavors, from buttered popcorn to earwax and dirt. What a time to be alive; and just image what the original bean-makers would have thought had they been given a glimpse into this weird future. As for why they became associated with Easter baskets, it’s because they’re vaguely egg shaped—one company marketed them as “Jelly Eggs” in the 1920s, but that doesn’t have quite the same ring to it.

The ever-divisive Cadbury Creme Egg as we know it was invented in 1963, although it wasn’t called Cadbury’s until 1971. Over the years, it’s caused its share of controversy, but even if you find them too sweet to actually eat, the classic commercial is pretty great. We’re giving a hard pass to Cadbury mayo, though.

Honestly out of all the holidays in the year, Easter season is the BEST candy season. 🐰 Put them to use in this totally adorable coconut Easter nest cake! 💜🐣💗 Use ANY flavor bundt cake (I link to many suggestions!!) and use your favorite candies. Don’t like coconut? Use slivered almonds instead. Also… when I published this recipe in 2017, that was my 1,000th blog post! I now have over 1,200! 🥳 Link in bio @sallysbakeblog ⠀⠀⠀⠀⠀⠀⠀⠀⠀ #coconutcake #homemadecake #coconut #eastercake #eastereggs #cadburyeggs #easterbaking #easterdessert #eastersunday #springbaking #lovetobake #bakingday #thebakefeed #thekitchn #buzzfeast #instayum #easyrecipe #whatsfordessert #dessert #baking #fromscratch #sogood #marthafood #todayfood #thefeedfeed #linkinbio #sallysbakingaddiction ⠀⠀⠀⠀⠀⠀⠀⠀⠀ https://sallysbakingaddiction.com/coconut-easter-nest-cake/

Cadbury also makes mini, pastel candy-coated chocolate eggs, but they’re certainly not the only company to do so. These have probably been made by various chocolatiers since early days; the hard panning method used to build up a crunchy sugar shell was invented in 17th century France (to make Jordan almonds) and is also used for various other candies, including M&Ms and Boston Baked Beans (jelly beans are panned too, but soft panned rather than hard panned). Beware the deceptively similar appearance of speckled candy-coated malted milk eggs.

Stock up while you can. These eggs wait for no one. #NotSorry

These perennial favorites were first test-marketed in 1966, but who could conceive of Easter without them now? Vastly superior to regular Reese’s cups due to the higher ratio of crumbly peanut butter filling, these now come in several variations from mini eggs to Cadbury-esque peanut butter creme eggs, and there’s even a Reester bunny if old-school solid (or hollow!) milk chocolate doesn’t do it for you. There’s something to be said for the classics, though, even if you only crave them once a year.

Check out some fancy grown-up Easter chocolate too, or see how to make entirely edible Easter baskets.