A Brief History of Cadbury Creme Egg’s Many Controversies

What is it about Cadbury Creme Eggs? Has any candy inspired equal measures of rabid loyalty and fierce consternation, often by the same people? Whether you love them or loathe them, you definitely have an opinion about the chocolate eggs filled with white and yellow fondant.

The candy is a springtime favorite and every season more and more news stories abound with people obsessively gobbling the things down or boycotting them as if they were the devil themselves. (We swear this never happens with jelly beans or Peeps.) How did this seemingly innocuous treat garner one of the most polarizing reputations in the candy kingdom—even before they were mixed into mayonnaise?

For that we turn to history.

Do they taste different in the U.K.?

Cadbury Creme Eggs, as we know them today, have been around since 1971. However, there have been subtle international differences in taste and quality over the decades. In the United States, they’re produced by Mondelēz International, a division of Kraft, and marketed by Hershey’s. In the United Kingdom, they’re made by Cadbury U.K. and, in Canada, by Cadbury Adams. 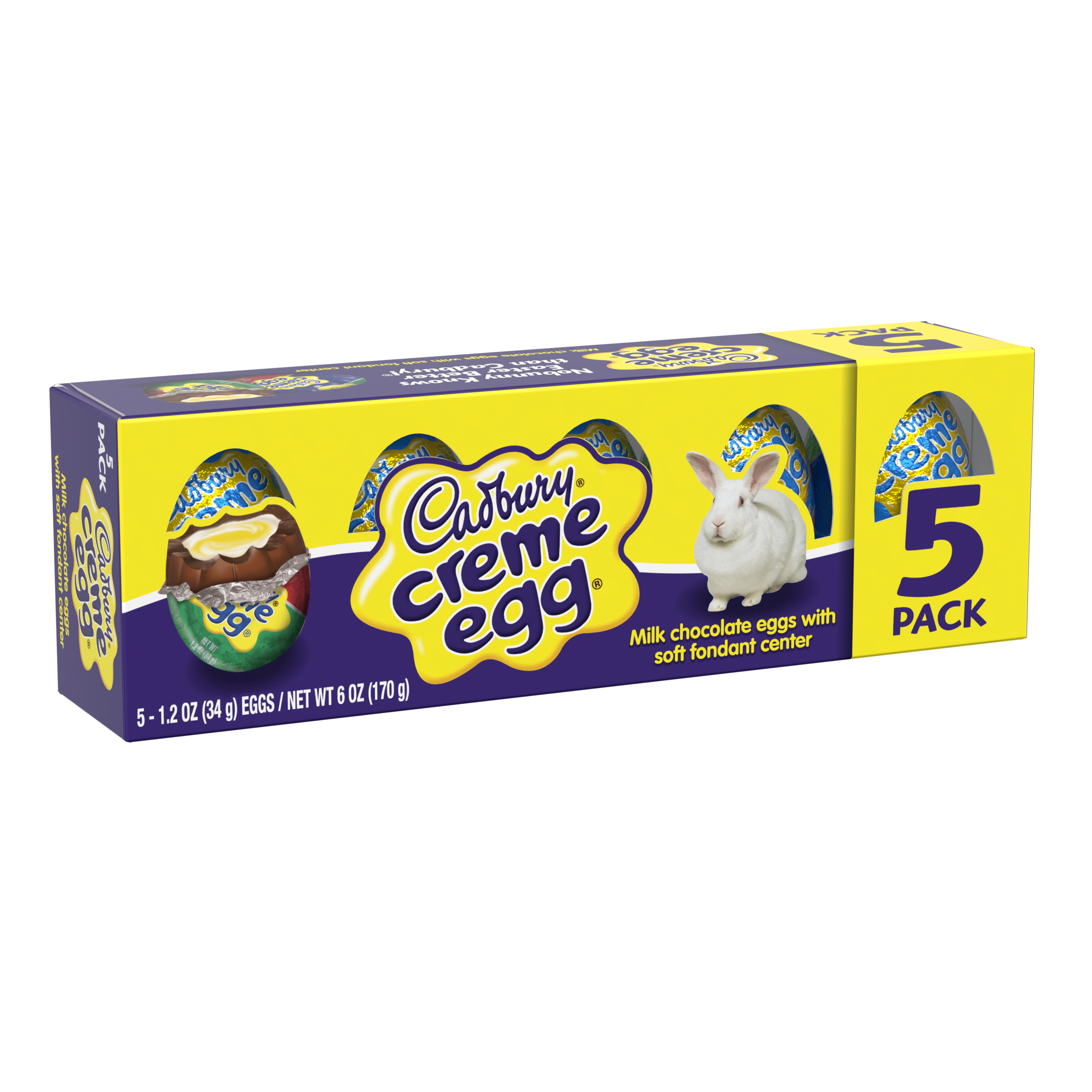 This might not seem like a big deal, but to more well-traveled candy lovers, these variations in manufactures account for very specific, noticeable differences. For instance, the U.K. eggs lack high fructose corn syrup, since that’s banned in Britain. Supposedly the fondant filling is thicker in texture as a result.

During an appearance on Nick Grimshaw’s Radio 1 breakfast show last year, pop star Lorde voiced her very clear preference, “I love to indulge in a Creme Egg, and I’ve been in America and the chocolate is not very good in America…I was excited to come to the UK and snack on a little Creme Egg.”(It should be noted that the UK versions have been imported to her native New Zealand since 2009, when they ceased manufacturing them in her home country.) She even sang a parody version of her hit song “Green Light” declaring her love for the candy. Check it out below:

Some might claim there is nothing controversial about personal preferences regarding the origins of chocolate. And you’re right. Lorde’s song is just one example of just how loyal individuals can get over something really mundane. But these loyalties matter.  And these larger controversies illustrate a broader layer of nostalgic defensiveness that Cadbury eaters exemplify. Nobody wants their candy to change, and you’ll bet we’ll notice when they do!

One of the biggest controversies the egg has endured is the never-ending, conspiracy theory that they’ve gotten smaller over the years. Cadbury initially denied these claims. A FAQ from a 2003 version of their website had this feisty quip: “Why has the size of the egg changed? It hasn’t—you’ve just grown up!” Wow, sassy.

However, when actor, writer, and everyone’s favorite temp from “The Office,” B.J. Novak, appeared on Conan O’Brien’s late night show in 2007, he gave credence to this theory, displaying two Cadbury eggs—one from 2005 and one from 2007. The latter definitely looks larger. See for yourself in the video below:

Cadbury has since changed the language on their site to read “since people’s preferences vary from market to market, so do our products,” which is a really shifty way of saying the eggs can be as big or as small as they please. We’ll try not to get bogged down by semantic, but trust us, size does matter.

Did they change the Cadbury Creme Egg recipe?

In addition to size and country of origin, there’s one other factor that gets eggheads caught up in a tizzy, and that of course is the recipe itself. In 2016, according to reports in The Sun, Kraft Foods stopped using Cadbury’s Dairy Milk for the shell and replaced it with “standard cocoa mix chocolate.” Cue a firestorm of social media outrage. Cadbury lovers will accept no substitutes, especially when they’re cheaper than the beloved original. Because of the disapproval, as well as a shorter Easter season, Cadbury sales plummeted and the company reported a loss of £6 million, a seven percent drop from previous years.

Of course their annual sales still top 200 million pounds, so obviously people keep eating this chocolate. Even in its watered-down form, these eggs remain the fondant of the gods. And people are finding even more creative ways of eating them than ever. One U.K. fish and chip shop is battering and frying the candies. This pizza shop is even incorporating them into dessert pies. While there’s clearly no wrong way to eat a Cadbury Creme Egg, the past has shown, there clearly is a wrong way to make them. But that won’t stop us from eating them anyway.