Everything You Need to Know About Instant Coffee

Who doesn’t want coffee in an instant, right? Well, there’s more than one way to have coffee in a jiffy, but one of the easiest is literal “instant” or “soluble” coffee, which doesn’t require any brewing at all, just a quick stir in hot water. (Or hot milk, if you’re feeling fancy.) What are these magical flavor crystals, however, and are they really any better than regular ol’ bean-and-water brewing? Here’s everything you need to know about instant coffee.

While the earliest recorded instant coffee was developed in New Zealand during the 1880s, the stuff really caught on like wildfire during World War II, when it was included in soldiers’ rations for the first time. The relative luxury of being able to make coffee in the trenches—many didn’t even bother heating water, and some went so far as to simply dissolve it in their mouths, which is gross, don’t do that—caught on, and homeward-bound G.I.s brought their taste for the stuff back when the war was over, which was also the dawn of the convenience-food craze that grabbed hold of America and never let go. Instant coffee also took off in places where brewing technology, leisure time, and money are scarce: For instance, the majority of folks in coffee-growing countries actually drink instant stuff, because the most popular brands are often made from coffees that are sold on the local market (i.e. not quite export-level quality).

Since the 1940s, roughly half of the world’s coffee production has gone into instant coffee, most of which is made from either a blend of Arabica and Robusta coffee (read: high and low-quality beans, with prices that match), or straight Robusta, which is why you’ll often find it for a third of the price of its brew-by-the-bean equivalent.

The commercial process for making instant coffee comes in two forms: freeze-drying and evaporation. In both, a brewed-coffee mixture is typically prepared on a commercial scale (that is, gallons and gallons at a time), and then, either through flash freezing or dehydration, the finished coffee liquid has all of its, well, “liquid” removed, leaving behind crystallized bits of finished coffee that simply need to be soaked in water to come “back to life,” not unlike any other dried food product. The resulting drink, depending on the quality of the instant product and the ratio of crystals to water, can be either thick and viscous like espresso, or thin and watery like a desperate gas station cup.

As with any coffee on the whole face of the Earth, your mileage will vary with regards to flavor, depending on the quality and freshness of the coffee itself, your brew recipe, water quality, etc. As a general rule, however, commercial brands of instant coffee are not necessarily designed for savoring: If coffee was more of an enjoyment than a necessity, chances are you’d be willing to wait longer than 25 seconds for the sake of a better cup. Most supermarket-available brands are made with a majority Robusta coffee, which is a low-altitude, high-disease-resistant species of coffee whose flavor tends to have harsh bitter, almost rubbery notes. (Which, of course, is fine if you’re adding a ton of milk and sugar, as most instant drinkers do.) That said, most instant coffees are very recognizably coffee-flavored, and some are even halfway decent—especially the Arabica-based ones: It’s a segment of the market that’s growing up as free time gets shorter and interest in really find coffee gets wider.

Here’s an added bonus of instant coffee: It’s an easy ingredient to add a coffee-tasting boost to desserts, breads, dry rubs, spicy chili, oatmeal, muffins, pancakes, milkshakes—you name it. Rather than having to brew coffee liquid and try to adjust dry/wet ingredient ratios, a simple scoop or two provide a rich, deep coffee flavor to just about any dish, without throwing you off your game. Beware that too much can be overpowering (since it is a kind of concentrated coffee flavor), but that little bit will go a really long, delicious way.

If you’d like to try a truly specialty instant coffee—that’s right, one that’s legitimately delicious—try a subscription of Sudden Coffee, a brand of hand-crafted individual servings of top-flight coffees, designed and executed by multi-time Finnish barista champion, Kalle Freese.Buy Now

Introduced in 2009, this instant version of the strip-mall favorite is actually a really fair representation of the flavor of Starbucks’ in-house-brewed coffees, and is what is typically served in airplanes that “proudly feature Starbucks coffee.” When you’re on the go or stuck in a coffee-machine-free office zone, these little single-servings can really come through in a pinch.Buy Now

The uninitiated might vaguely recognize the iconic yellow-red-blue of the Bustelo label, but for the devoted, there is one and only one coffee: Cafe Bustelo. This iconic Cuban–Puerto Rican–New York City brand is beloved by Caribbean-Americans, who mix it with frothed milk and sugar for a quick cafecito on a busy morning or afternoon.Buy Now 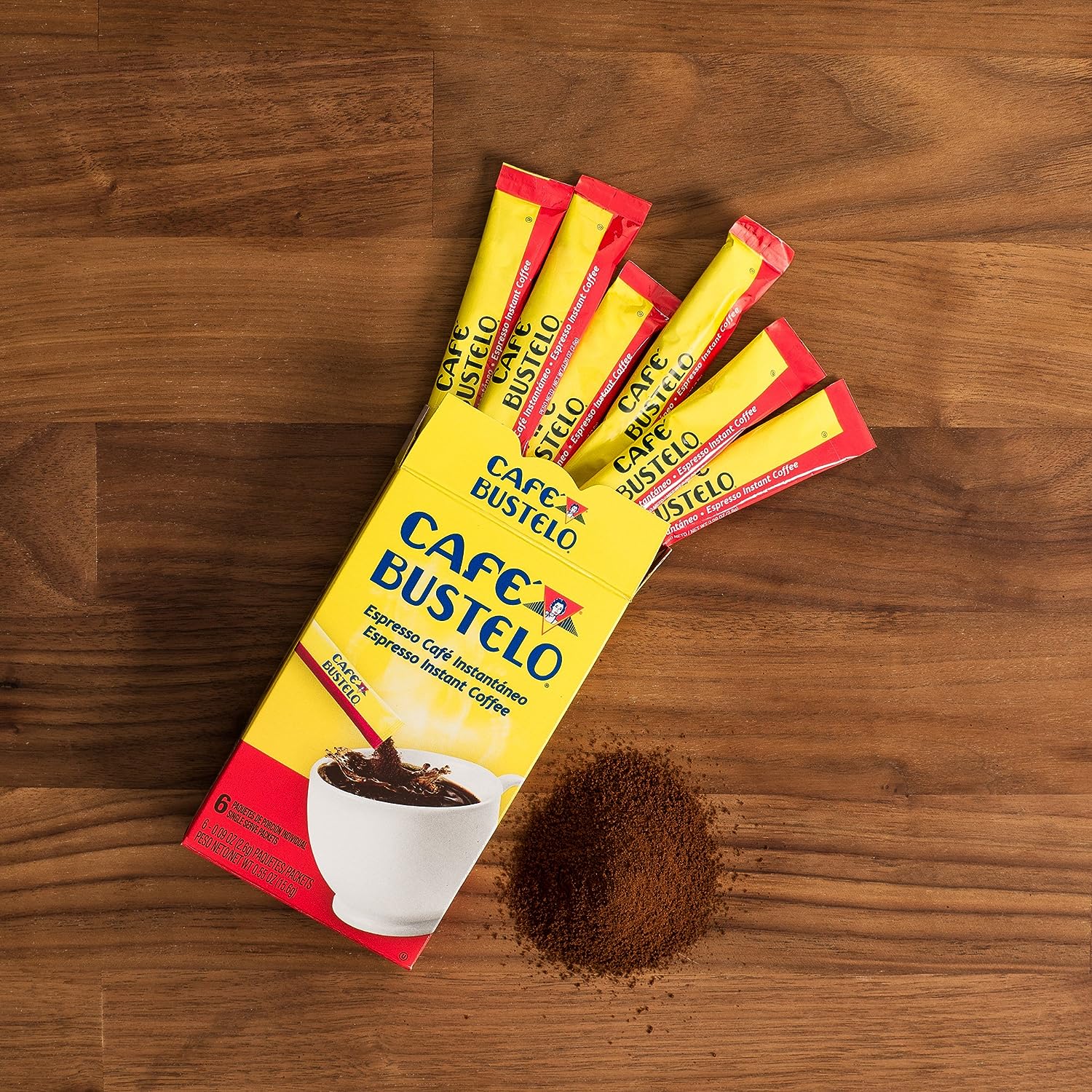 Also available in single-serve packets if you prefer.

If you’ve got more time on your hands, check out our guide to The Best Coffee Subscriptions. And see other Ways to Make Great Coffee On the Go.

Erin Meister (you can just call her "Meister") is both a longtime journalist and a coffee professional with nearly two decades' experience. She has written about food, coffee, film, travel, music, culture, and celebrity for The Boston Globe, The Washington Post, Rachael Ray Every Day, Saveur.com, Time Out NY, Chickpea Magazine, Food & Wine's FWx.com, BUST magazine, Barista Magazine, and more. She is the author of the brand-new book "New York City Coffee: A Caffeinated History (The History Press, 2017)".
See more articles
Load Comments

How to Navigate Cheap Wine and Score the Perfect Bottle