How to Choose a Ham

So you’re serving ham for your holiday dinner (whether Easter, Christmas, or otherwise)—but what kind of ham? It can be confusing, considering the number of options, from old-timey, expensive, and artisanal to cheap, slick, and slathered in sweet glaze. Here are five types of ham to consider, with what’s good (and not so good) about each.

The original traditional Southern ham, country hams are naturally cured using salt and brown sugar (nitrates are rare, but check with the maker), hung up to age over a process of months, and smoked over hickory, usually. They’re technically raw, but they don’t need to be refrigerated, sort of like prosciutto. They’re typically made by small producers in the Southeastern U.S. who have been curing hams for generations.

How it tastes: Intensely salty, “hammy” flavor; great with red-eye gravy; if your cholesterol count is below 240 or you don’t mind a little artery plaque, hunks of deep-fried ham skin make unbelievably delicious chicharrones.

Cons: Unless you simply cut off a hunk and fry it country-style, you’ll have to bake the ham in a roasting pan with plenty of liquid. But first you’ll have to soak it for up to 48 hours with frequent changes of water, scrubbing away surface mold (which can seem weird for first-timers). Also, they’re expensive: A 15-pound ham can run you $100, plus shipping. 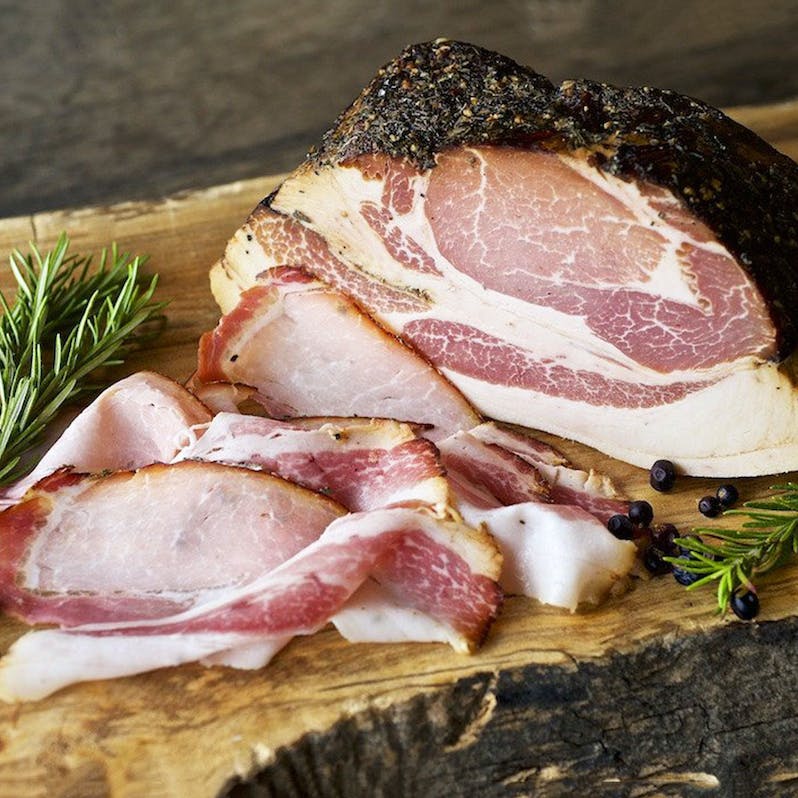 Try a Swiss take on the tradition, with notes of juniper and rosemary.

Quick-cured in brine that contains nitrates (usually, but exceptions apply), smoked (like most country hams, over hickory, usually), and delivered fully cooked. Available either bone-in (for purists and/or compulsive gnawers) or boneless for easy slicing. Note: Some makers of country hams also offer smokehouse versions.

How it tastes: Milder and less salty than country ham, smoky, and less sticky-sweet than elaborately glazed spiral hams.

This nitrate- and nitrite-free ham is made from Kurobuta pork and naturally flavored with sea salt and raw cane sugar.

A tiny (2 pound), boneless, nuggetlike version of the fully cooked smokehouse ham, made from a portion of the leg (either the knuckle—the piece closest to the shank—or a vertical section of the leg). Good for a small group; warms up quickly.

How it tastes: See “Traditional Smokehouse.” 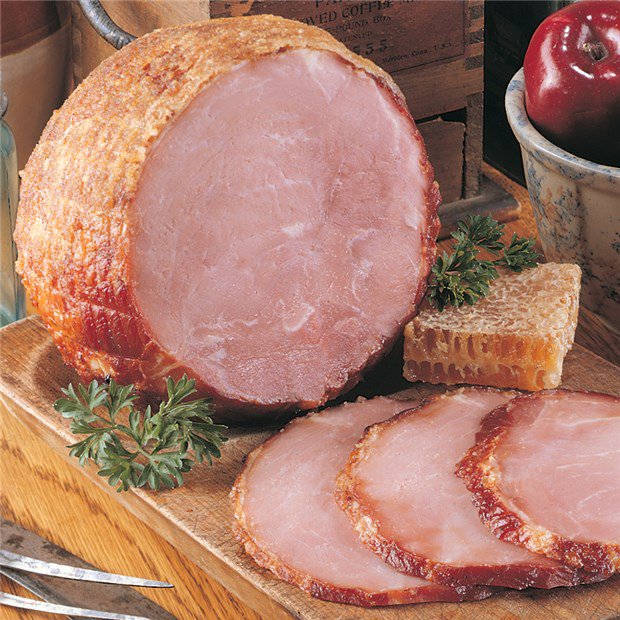 Three to four pounds of delicious ham with a pure honey glaze.

The most common ham in America, widely available at grocery and big-box stores. It’s injected with brine to speed up curing, contains nitrates, and comes already cooked (and often with a HFCS-viscous topping provided, though if the glaze is bagged on the side, you can always swap it out for something homemade like our honey-mustard glaze); sometimes sold frozen. A spiral-sliced ham‘s continuous helix cut makes it the easiest ham to serve, no knives necessary—potentially important for family get-togethers.

How it tastes: Salty and very sweet (thanks to the glaze), with a noticeably processed texture.

Cons: Questionable celebrity tie-ins (O.J. Simpson was an investor in HoneyBaked; Paula Deen endorsed Smithfield and their Crunchy Glaze was at one time branded as a Paula Deen product); Smithfield has been sued for animal cruelty; spiral hams are highly dangerous when frozen (see: Paula Deen, again, when she was hit in the face with a ham). Not as cheap as you’d think: A 14-pound HoneyBaked costs just almost $115 when you factor in shipping, as much as a Traditional Smokehouse ham.

The OG spiral-sliced option, these have been landing on holiday tables for over 50 years.

Like Spam only larger, and available at Walmart and sketchy corner liquor stores (and online, of course). This is the go-to meat of survivalists, and the sucking sound when it leaves the can is unforgettable.

How it tastes: Superprocessed flavor beneath its salty, aspiclike jelly.

Cons: Starchy binders to make it cohere; overall kind of cat-food-y, only saltier. 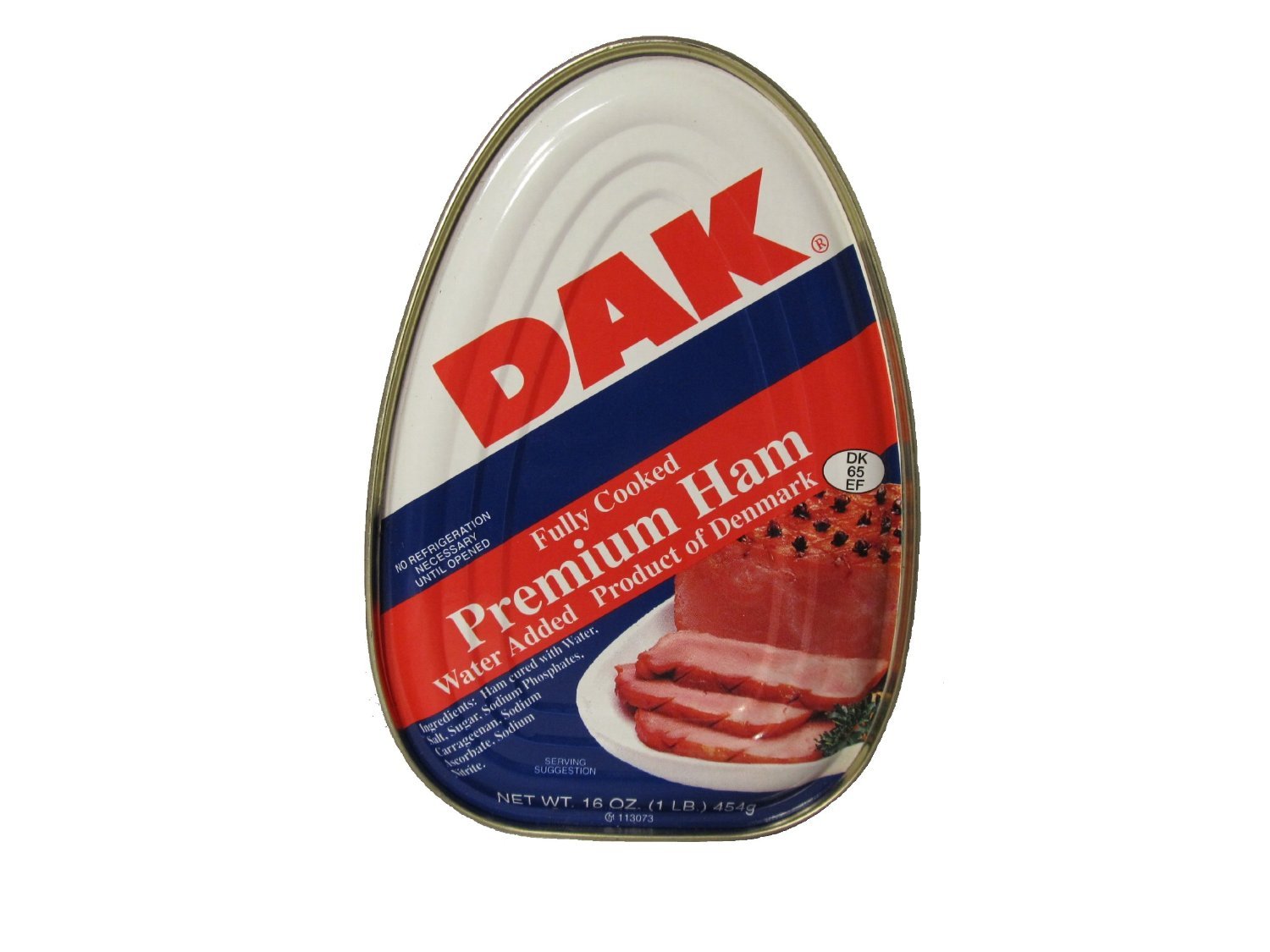 Stand by your (canned) ham.

Related Video: How to Make White Bean and Ham Soup

This story was originally published in December 2011. It has been updated with new images, links, and text.