I thought I would post some summaries on the restaurants we visited in March and May this year. We're retired, so we make 3-5 day visits around Northern CA, eating (seldom drinking) with great gusto. Our March trip centered around the Cheese Festival, but I'll post that one separately from the restaurant posts. Enjoy the read:

- Backyard, Forestville
Came on Fried Chicken Night (Wed) with party of 4. The chicken is from Green Star Farms in Sebastopol; smaller and with a richer taste than the usual Mary's brand. We all agreed this was GREAT chicken. Salads were average: sloppy prep, additions were tasteless. Roasted marrow was very good. Both soups, lamb broth with veggies and carrot ginger, were excellent. Nettle fritters were uninteresting, and had same accompaniments as lamb "lollipops": crumbly tasteless feta and greasy orange oil covering the plate. Veggie sides were outstanding: creamed spinach with ham hock, sugar snap peas in pimentón oil with preserved Meyers. Desserts ordinary, coffee extremely good press-pot. Service killed this dinner; the waiter rushed through the first two courses then disappeared completely. On a weekday night, it took 3-1/2 hrs start to finish, and the restaurant was only half-full. Extraordinarily poor timing on his part.

- Bravas Tapas, Healdsburg (party of 4)
First visit was 2013. Bravas' food is becoming Spanish-American. Dishes are much "wetter" than before. Still, the ingredients are excellent and combinations are well-judged. Recommend the dry sherry flight with the savories. All three tostadas (think: crostini) are large and were superb. Dungeness crab Fideuá and Skirt Steak were also highlights. Service remains polished, one of the best in Sonoma Cty. Patio is where you want to be with friends. We always skip Stark Group's uninteresting ice cream sundaes and walk to Flying Goat Coffee for cappuccinos instead.

- Café Europe, SRosa
Old school and old style from a classically trained Austrian chef. Our first visit was 2013, concentrating on the German sausages & kraut. This time we went Continental: veal Cordon Bleu and Roast Duck, European style (special order only, Fri/Sat). The Cordon Bleu used a great Westphalian ham, perfect with a touch of the mushroom cream sauce chef Buchschachermair is fond of. A bite from my roast duck wowed my DH, who had never had duck this style before. It is braised tender over long slow heat, then crisped lightly in the oven, just enough to brown the skin. The breast meat is well done and so soft you could cut it with a spoon. I have not had this kind of prep since I left Chicago; it was sooooooo satisfying to find it's as good as ever, especially with that lingonberry jam!

- Chalkboard, Healdsburg
Wow, serious disappointment. Condescending waiter, line cook who shouted out "Order ready for pick-up!" as if he worked in a cheap diner, mediocre food overall. Duck liver crostini and the spicy sausage strozzapretti pasta (which Bauer raved about) were indeed good. But the Little Gem salad was boring, the grilled asparagus had an overcooked egg (65+ degrees, not the promised 63.3), the mac'n'cheese was lumpy, and the dessert menu was the indifferent sort that requires no pastry chef: doughnuts or ice cream sandwiches. We got out of there as soon as we could.

- Fremont Diner, Sonoma
Large portions, decent quality ingredients but we found the fried chicken abominably greasy, with a large puddle of orange oil slicking the plate. Bohemian Czech sausage tasted like a good beef chorizo, but frisee salad was too old and enough for four people. The chili was so wimpy it was barely chili; the beans were undercooked. Even adding two plates of pickled jalapenos didn't help; my DH used 1/3 bottle of hot sauce on it. Cornbread is non-sweet, buttered and griddled -- with the fried chicken the lunch felt like Grease City in our stomachs. We wouldn't go back if you paid us.

- French Garden, Sebastopol (twice; once with party of four)
Fifth visit since 2011. For us this is the best lunch restaurant in Sonoma Cty. We love the well-trained service, the non-crowded DR in the daytime with the sun shining through the windows. The charcuterie plate is simple but high quality and far more generous than most. Cheese plate in contrast is very skimpy but a good pairing together. The burger is as good as Vault 164/SMateo's burger, which is our personal Gold Standard. Skip any soup but the French onion. Desserts are excellent; coffee good not great.

- Hole In The Wall, Sebastopol
First visit in 2013. Owner-chef Adam Beers continues his hectic B/L/D schedule; we don't know how he does it. The lamb burger is as good as ever; DH was as wowed as I was the first time. Duck burger isn't as good; get it medium-rare or rare. Did like the hand-chopped texture, though. DH loved the borscht; heavy on the beef and light on the beets (his stepfather, half Brit/half Chinese, used to make a similar soup). Such a great place; so much better than Fremont Diner.

- La Gare, SRosa
Old style ossified French, with uncomfortable chairs, tired atmosphere on a marginal seedy street. But here's the thing: the techniques are flawless, just the way it should be. The cream of vegetable soup was terrific, a great veggie stock that bettered anything Chez Panisse has given us. The diced potatoes were pan-fried perfectly; crisp outside, tender inside. The cream sauces are rich and luscious. A generous half-order of creamed sweetbreads, ordered as a starter, cost us a mere $9.95. The topper was the Chateaubriand: of good quality beef, it was a FULL TWO+ POUNDS for only $66! I make Chateaubriand at home quite often (about every 3-4 weeks, in fact), and this roast was carved into four very large, perfectly medium-rare filet steaks. You cannot make it at home any cheaper than this. Shared between two people, with soup & salad (mediocre) included, plus the potatoes and side veggies of carrots and zucchini, you will be taking those extra two steaks home with you as leftovers. Skip Stark's Steakhouse and come here instead; it's the biggest beef bargain in the Bay Area. 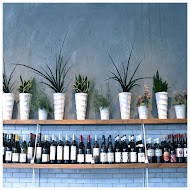 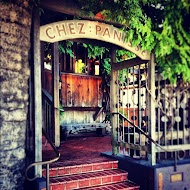 What cookbooks have you bought or do you want? Early 2021 edition!

Updated 17 hours ago 35 comments
What Cookbooks Have You Bought? Cookbooks