+
October Cookbook of the Month: The Book of Greens, by Jenn Louis Discuss
+
American Mediterranean Chickpeas Hummus What's the Difference?

What Is the Difference Between American and Mediterranean Hummus?

And when is hummus not actually hummus?

Perhaps you’ve never even thought to ask: What is the difference between American and Mediterranean hummus? But if you’re curious now, the answer, in a word, is simplicity.

Who Actually Invented It?Where Did Hummus Really Originate?A Mediterranean hummus is a humble chickpea-centric dish made with tahini (sesame seed paste), lemon juice, extra virgin olive oil (drizzled on top), and salt (sometimes cumin is added). In fact, “hummus” means “chickpeas” in Arabic. The once peasant dish is believed to have been born in Egypt. It is a nutrient-rich, time-honored dish that isn’t often dolled up with other ingredients (at least not mixed in, though toppings can be abundant). It is not a looker, but a pop of color is sometimes added as a finishing touch, like roasted red peppers, sumac, or kalamata olives. And in the Mediterranean, it’s eaten sometimes rolled up in a pita or crowned with veggies or meat (try the lamb neck hummus from the iconic “Jerusalem” cookbook, which devotes eight pages to the preparation of perfect hummus!).

A modern classic by Yotam Ottolenghi and Sami Tamimi.

The nutrients come primarily from the chickpeas (the cheeky little legumes pack a lot of punch with iron, magnesium, zinc, potassium, and fiber) while the tahini and olive oil add fat. If you want a lower fat version of hummus, you’d want to cut down on the amount of tahini and olive oil you use in the recipe (but less tahini means less creamy hummus).

In the States, hummus tends to be less creamy and grainier than in the Mediterranean (where they do not shy away from using generous amounts of tahini in the recipe). 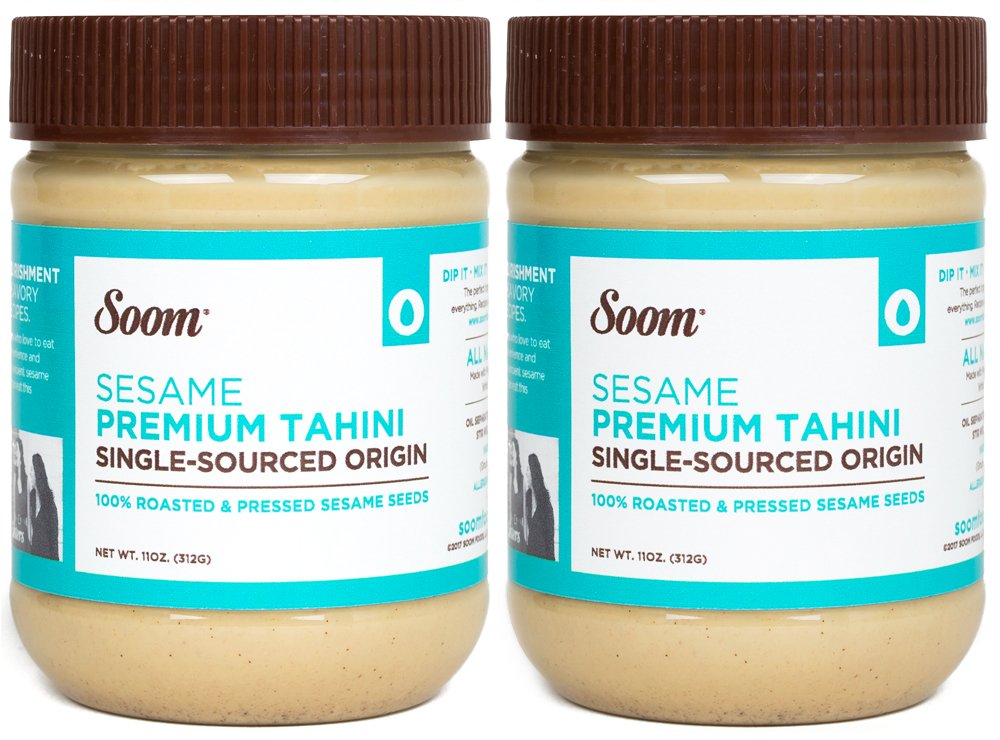 This tahini is beloved by lots of chefs (and home cooks too).

And in the U.S., many variations of the classic Mediterranean hummus have debuted in recent years—in fact, most of these dishes wouldn’t be recognized overseas as hummus. And because hummus means chickpeas in Arabic, these aren’t truly hummus dishes, more like vegetable purees. Edamame hummus is made with, yes, edamame. Also trending is carrot hummus, black bean hummus, beet hummus, and sweet potato hummus. Some of these dishes might also throw in chickpeas for good measure, but for the most part, no.

The one common ingredient they do all typically share is tahini, and these “hummus” dishes also usually include lemon juice, olive oil, salt ,and garlic. These vegetable hummuses add vibrant color to the usually beige hummus dish, but again, these “hummus” dishes would never pass as such in the Mediterranean or Middle East.

Another difference: Hummus is typically prepared and eaten daily in the Mediterranean, and often served still warm, not refrigerated to be consumed over time. In the States, however, hummus is a popular snack for kids—and a popular mezze (appetizer) for adults, showing up on restaurant menus everywhere with a sidekick of toasted pita points, chips, or crudité.

Related Reading: Try This Easy Flatbread Recipe with Your Hummus

Check out these recipes for classic Mediterranean hummus dishes, as well as hummus-inspired U.S. dishes. Tip: For a smoother hummus, chickpeas (also known as garbanzo beans) should shed their skins before you make hummus. An easy way to accomplish this is to soak them with baking soda.

If you’ve got a good thing, don’t mess it up. And remember, go heavier on the tahini for an even creamier hummus experience. Get our Easy Hummus recipe.

Yes, cauliflower is still having a moment in the health food space. Yes, this tastes as delicious as it looks. No, it does not contain any chickpeas. Get our Cauliflower Hummus recipe.

You’ll be seeing green with this spinach and basil take on a classic hummus. And it makes pesto seem so passé. Get our Spinach and Basil Hummus recipe.

Steamed carrots are the star of this recipe, with an appearance by chickpeas and harissa. Get our Spicy Carrot Hummus recipe.

Give your hummus a briny kick—and striking color—by blending in kalamata olives. Get our Hummus with Kalamata Olives recipe.

Related Video: How to Make the Best Homemade Hummus with a Few Easy Tricks

Header image by Chowhound, using photos from Chowhound and Shutterstock.