Beltsville has a lot of potential for the intrepid Chowhound, and I hit up three places I've never been to. I actually did very well not only in finding some good food but in not overeating. I took it kind of easy.....

First up was Gus's World Famous Fried Chicken. Gus's started off in a small town in West Tennessee, expanded to Memphis, and now has quite a few locations in the South. It is spicy fried chicken. I ordered one breast.

I was impressed with how moist and delicious it was. I was not impressed that it was served room temperature. This is a table service place, and I was expecting it hotter. The waitress said they were frying chicken right now and that it wouldn't take long, but I might have been served the last of the old stuff. Comparing it to Popeye's, the chicken breast I had was a lot smaller. I liked the flavor much better than Popeye's spicy, but I'd prefer Popeye's mild. Also, the chicken here is not cheap.

Next up was kalguksu at Myoung Dong. There is a much more famous Korean-Chinese restaurant up the street that has homemade noodles, but they don't have kalguksu on the menu. Kalguksu is noodles in a clear broth, often served with clams, and that's the version I ordered. The broth was peppery (think white pepper) and delicious, with scallions, jalapeños, and a few shreds of zucchini or similar. Also a generous amount of clams in the shell. The noodles were served softer than I like, though, so not completely successful. I had about one quarter of the gigantic bowl and packed up the rest.

Final stop was El Quetzal for Guatemalan food. The quetzal, a very beautiful and rare bird, is the national symbol of Guatemala, and it's also the name of the currency. look it up if you've never seen a picture.

Since I was pretty full by this time, I got one chuchito and one piece of plantain stuffed with black beans. The chuchito is a small tamale stuffed with chicken in a pale orange salsa, and it is served with more salsa for dipping as well as mayo and some grated parmesan (like from Kraft). The salsa is extra mild and provides a nice hint of flavor. The stuffed plantain was very sweet and gooey and delicious. Both were very satisfying. 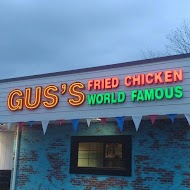 Bread Pudding Is the New Orleans Specialty You Shouldn't Overlook

by Caryn Ganeles | Food historian Susan Tucker included bread pudding as one of the definitive New Orleans foods in her...

by Colleen Rush | It's Carnival season in New Orleans: a period of celebration, indulgence, and debauchery leading up...