One thing is for sure: you don’t want to watch the new Netflix show “Street Food” on an empty stomach. If you go into the binge watching sesh hungry, don’t be surprised if you find yourself booking a ticket to Bangkok, Cebu City, Delhi, Seoul, or Osaka without a second thought.

What Else to WatchBest Cooking Shows On Netflix for the Foodie in YouA spin-off of the much-lauded documentary series “Chef’s Table,” which focuses mainly on fine dining food porn and the brilliant chefs behind the beautifully plated dishes, “Street Food” takes us on a tear through open air markets around the world. The idea is this: In order to get truly authentic food, you need to find the street vendors wherever you are, period. So expect to find traditional versions of take-out classics like tom-yum soup and spring rolls, along with some deliciously unexpected surprises (pass the crab omelette, please!). Similar to “Chef’s Table,” this show is beautifully shot—and will absolutely make you hungry as you compulsively watch it. Which is why we put together a list of the 10 things we want to eat now from all the vendors “Street Food” unearths for us (all without leaving our couch).

Jay Fai is Bangkok’s first and only Michelin-starred street food vendor and in episode one we learn that one of her signature dishes is drunken noodles. While local authorities are pushing to clear the sidewalks of street vendors to make way for development, crowds continue to line up for Jay Fai’s perfectly stir fried Phad-Kee-Mao Talay. Known colloquially as the “Queen of Drunken Noodles,” Jay Fai cooks each dish herself, combining wide, flat rice noodles, heaps of basil leaves, fresh chili, and a selection of seafood in a sizzling wok. FYI, you know your meal is going to be good when the chef has to wear a ski mask to protect their eyes from the heat and spice. 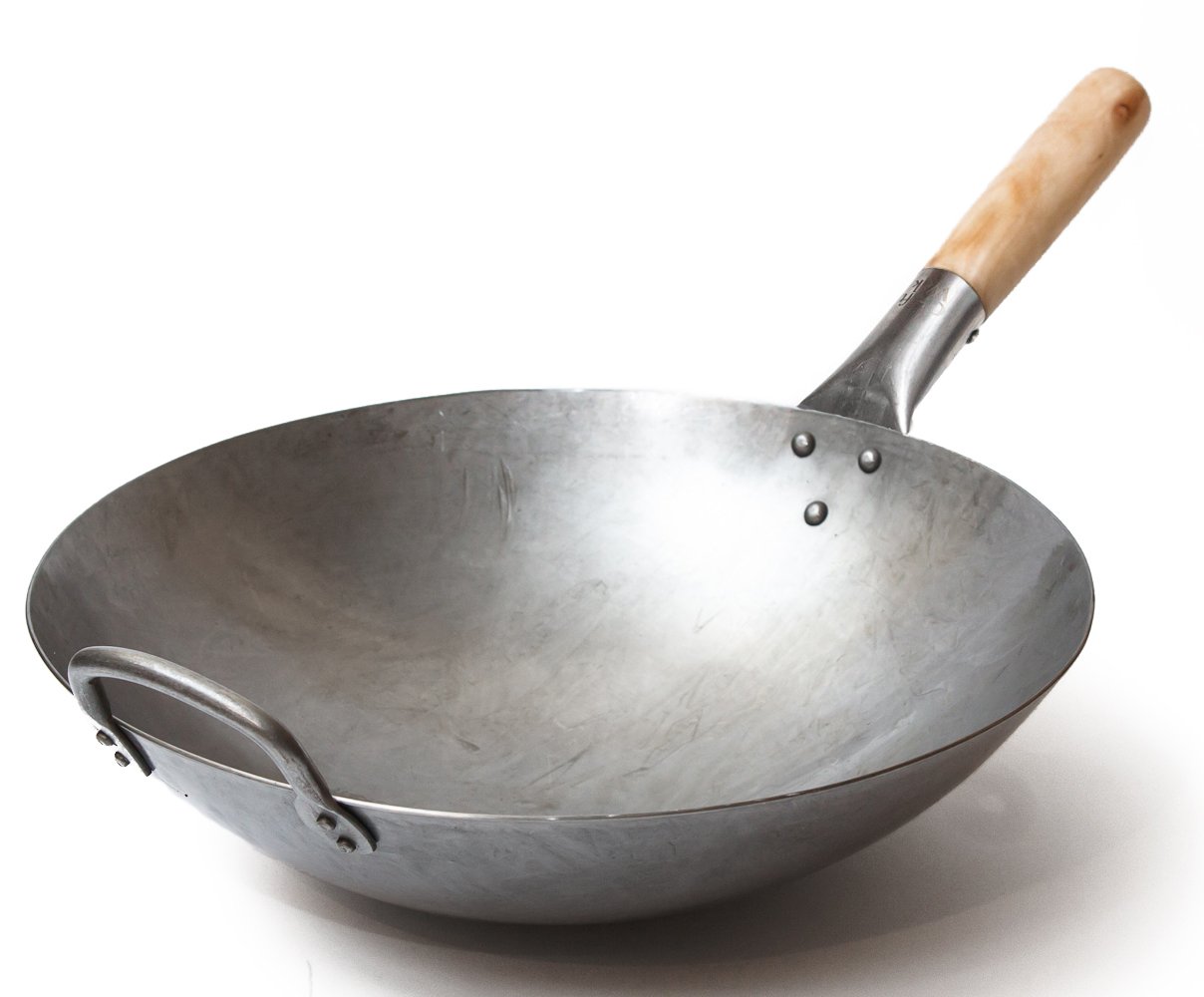 Follow along in your own wok. Ski mask optional.

The pairing of seafood and eggs isn’t something that would normally pique our taste buds, but we’re willing to make an exception for Jay Fai’s other signature dish: her crab omelette. Fresh, flaky crab meat is rolled inside an omelette and fried to perfection in an oil-filled wok. If you’ve ever been mesmerized by the handiwork of the person manning the omelette station at a busy breakfast buffet, this is exactly like that, but so much better.

To support her family, Rubilyn Diko Manayon opened a roadside carinderia in Cebu City, Philippines, where she sells 18 different dishes. The most popular food by far is her vegetable lumpia. If you’ve been fortunate enough to try Filipino food, you’re probably already familiar with this Filipino take on Chinese-style spring rolls. Fried in a wok until perfectly golden brown and served piled atop of each other, it’s easy to see why these glorious spring rolls are a bestseller.

Mr. Kita has taken the saying “Do one thing and do it well” to heart. Located in Osaka, his eatery Umai-ya is a one-stop shop with a singular menu item: takoyaki, the Japanese dumplings stuffed with bijou octopus that glazed in a savory sauce. Takoyaki is one of those things that has to be done right (“I love mushy dumplings and octopus that’s impossible to chew!” said no one ever). However, the care with which Mr. Kita takes in preparing his signature dish (it’s all about the batter, which he prefers to make al dente) has earned him a place in Michelin’s guide to eating in Osaka.

There’s a reason why we love dishes like poutine and nachos—there’s just something incredibly satisfying about a carbohydrate covered in delicious, spice-filled toppings. In episode three we see that Dalchand Kashyap has carried on his father’s recipe for making potato chaat, one of the most popular street foods in Delhi, which involves a heady mixture of chutney, yogurt, potatoes, and vegetables. Salty and spicy with just the right amount of crunch, we could easily see ourselves digging into a plate of chaat after a late night out with friends. Or anytime, really.

Knife-cut noodles (made with flour) became a staple after the Korean War when rice was scarce. Cho Yonsoon’s version that she serves at Gwangjang Market in Seoul in episode six, takes patrons back to that traditional flavor. Instead of being extruded or spun, the noodles are cut by hand and served in a bowl of umami-rich broth that most often contains Korean zucchini, potatoes, and scallions, which are added and boiled together. This dish seems perfect for those of us who crave the comfort of a big bowl of noodle soup but long to venture beyond our usual go-to pho place.

If we learned anything from episode four of “Street Food,” it’s that we must book a trip to Yogyakarta, Indonesia to try jajan pasar (“market buy”) as soon as possible. The sweet market snack has over 200 different varieties that are commonly made from ingredients like palm sugar, sticky rice, tapioca, and pandan. We’re dying to try some of Mbah Satinem’s traditional jajan pasar dishes, which she serves streetside in large pieces of banana leaves.

Michelin-recognized KEK Seafood makes some of the best chilli crab in Singapore. The common Singaporean seafood dish is typically made with fresh mud crabs which are stir-fried in a semi-thick, sweet and savory tomato and chilli based sauce. Despite its name, chilli crab is actually not that spicy. In fact, most people who’ve tried it say that it’s more sweet than fiery. All we know is that our mouths literally started to water at first glimpse of this dish. We’re glad that the owner of KEK Seafood has decided to hand over his wok to his kids so we can hopefully try some chilli crab next time we’re in town.

Want to know what I think is key to standing out as a food blog in 2018? Give the people what they don’t know they want yet. Yup. Like Steve Jobs said. 😀 . I see it over and over in my blog. The recipes that come from a place of innovation generally do better than ones where I give my version of more commonly available recipes. In blogging and in any industry, there’s always room for innovation. I’m nowhere near accomplishing this feat but I will try to stick to this concept and bring you some awesome new recipes! 🙌 . This Easy Slow Cooker Nihari (Pakistani Beef Stew) is an example of that and is still one of the top recipes on my blog. 💃 . If this Nihari and my dinner recipes inspire you, then do vote for me for @saveurmag Blog Awards under Most Inspired Weeknight Dinner Recipes. It is linked in my bio! 👆 Each vote counts and voting ends TOMORROW! To those who have been voting, I am forever grateful! 🙂🙏 Thank you!! . . . . . . . . . #savblogawards #feedfeed #pakistanifood #desifood #nihari #pakistani #dinner #slowcooker #crockpot #houstonfoodblogger #houstonblogger #glutenfreerecipes #dawndotcom #houstonbloggers #comfortfood #beautifulcuisines #hautescuisines #foodgawker #foodbloggers #eatheworld #kitchn #foodblogfeed #feedfeed #huffposttaste #foodandwine #bonappetitmag #weeknightdinner #pakistaniblogger #foodforthought #beefstew

Nihari has been a favorite of Delhi’s Muslim community since it was served to Mughal soldiers in the 1800s. Spoiler alert: people still love it and Mohamed Rehan’s is so popular people line up for hours just to get a bowl of the flavor-packed stew. Made with shank meat and bone marrow which is slow-cooked in a spice-filled, deep red-brown sauce, nihari looks like the kind of dish you’d want to drink to the very end; tipping your bowl and soaking your bread to ensure no morsel is left behind.

Determined to serve what he could never have as a child, Osaka street food chef Toyo now wields a blowtorch in one hand and a tuna in the other. His signature broiled tuna cheek looks dangerously delicious. Seared with an open flame and garnished with green onions, we imagine this dish tastes like the best tuna tataki on steroids. We might just have to take a trip to Japan to find out.