No yeast. No leavening. No problem.

For the best Passover seder food, New York’s Breads Bakery should be on your bucket list.

Note: This piece was written prior to the spread of COVID-19 but you can currently still place orders for pickup from Breads Bakery if you’re in the neighborhood. (If not, see more ways to support your local restaurants right now.) Regarding recent events, owner Gadi Peleg told us “Breads Bakery came to the assumption that there will be more Seders but with fewer people. And so, in addition to the cookies and cakes in the attached menu which were planned back in November, we’ve added Gefilte Fish and other hot dishes and will be offering packages to help celebrate those smaller Seders.”

Passover is undeniably a tough time for bakers and their fans. As much as anything, a certain degree of lightness is central to baking, and as much as flavor matters—and it does—texture matters even more. At Passover, all the rules are thrown out.

Passover is a challenge. We are asked to go without, even if just for a week, to recall those who went without much more, and for so much longer. That is the general thrust of the holiday, and thankful for it as we are, we’re still food people at heart, and would really love for our seder grub to taste as good as possible, thank you very much.

Pass it over!Matzo Crack Is Peak Passover: But What Is It?Lucky for (some of) us, New York has a long and storied tradition of wildly good Jewish delis and bakeries; from Zabars uptown to Russ & Daughters perched over on the Lower East Side, and many more in between. What most of Manhattan’s Jewish bakeries and delis have in common, as you might suspect, is a staunch commitment and adherence to tradition by way of recipes, and also ways of cooking and baking that have gone unchanged for a century or more. That’s not so much the story at Breads Bakery, however, and speaking with owner of the small NYC bakery chain, Gadi Peleg, I learned that tradition doesn’t always lead the thinking (or baking) for his wildly popular kosher creations, especially around Passover.

Over its seven-year run, Breads Bakery has become the place in New York to score seder fare so good, you’d swear it violates at least one commandment. On a rainy Wednesday last spring, I fought my way through a sea of babka-armed bubbes to get the real scoop on the best of Breads Bakery for Passover from Gadi Peleg himself.

Without leavening, Passover food can be dense and heavy, neither of which are coveted qualities in a dessert. The team at Breads seems determined to free the holiday from such a fate, and their lineup of Passover-friendly cookies are anything but stodgy.

Biting into one of Peleg’s favorite flourless chocolate chip cookies is a religious experience unto itself. Tapioca “flour” stands in for wheat in this thin, buttery, and impossibly crisp cookie, wholly reminiscent of a beloved Tate’s cookie. Coconut macaroons which, in times past were one of the only flourless baked goods, are toasted beautifully and available in traditional coconut, or an updated version with bits of almond joy candy bar. Pistachio cardamom cookies are one of the more popular cookies and tend to sell out quickly, a staffer tells me. During busy times of the year (Passover, Hannukah, Purim, etc…), you can expect that many things will sell out, in fact, so go early and/or often to get pick of the litter.

Flourless cookies are certainly not easy to do well, but cakes are the code bakers have been trying to crack ever since the gluten-free revolution took hold. Breads Bakery makes a sinfully decadent flourless chocolate torte as good as any, and for a lighter option, the moist and airy coconut chocolate chip cake is a near-perfect illustration of modern baking, sans flour.

Try some of Breads best, even if you're not in NYC.

Baking is as much about planning and precision as anything else, and apparently so is running one of the city’s most popular bakeries. As many as six months before Passover, Peleg and his team begin prepping for the high holiday. That means forecasting demand but also—not ones to rest on their well-earned laurels—testing new recipes to outdo the creations of years past, and keep the interest of famously fickle New York foodies.

Matzo brei, a traditional Passover casserole of egg and matzo, closely resembles quiche, can be made both savory or sweet. Breads makes two savory versions, either one the perfect accompaniment for a Passover brisket or roasted chicken.

It’s clear from speaking with Peleg that matzo brei is a medium he isn’t afraid to experiment with, “bringing the traditional Jewish dish into the modern era” as he puts it. In year’s past, Breads has offered a daring “pizza brei” with marinara and melted mozzarella—an aggressively “New York” collaboration that went over well—but this year’s far tamer duo includes a spring matzo brei, made with lemony sunchokes and fennel, as well as an earthier version with mushroom and herbs.

Of course, it’s no secret that any Jewish deli is only as good as it’s matzo ball soup, and not just at Passover. Striking a balance of light and fluffy without falling apart, and robust flavor without relying too heavily on salt, are just a few of the challenges MBS presents, but in just a short time, Breads has inserted itself into the impassioned debate over the city’s best.

Peleg proudly tells me that his recipe is just where he wants it to be; with perfectly structured, if not slightly al dente, dumplings sitting in a hearty vegan mushroom broth (another buck of the traditional chicken broth). Laughing, Peleg says he’d even put it up against either of his bubbes’, that they were still alive and cooking. Higher praise of matzo ball soup you’re not likely to hear from a Jewish boy, and I suspect he wouldn’t say it if he didn’t think it to be so. 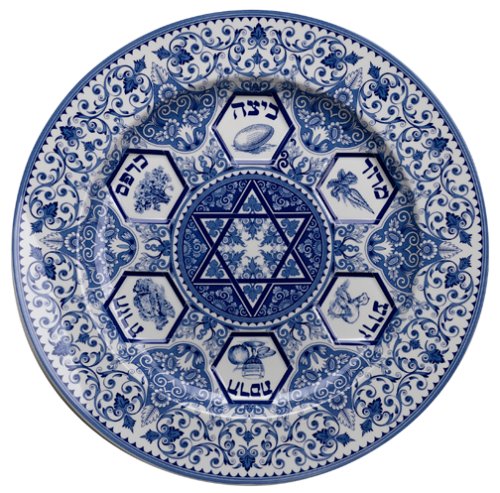 A leader in ceramics since the 18th century.