What Is Coconut Yogurt and Is It Really Good for You?

A trip down the dairy aisle today will reveal a number of dairy and non-dairy products alike, often packaged or stacked together under the catch-all heading of “yogurt.” But not all yogurt or yogurt-like products are created equally. One of the latest new items to be found sharing the shelf is coconut yogurt, but what is it? There’s coconut yogurt—that is, traditional cow’s milk or other dairy yogurt flavored with or including coconut products—which has had a place for a while. But coconut yogurt—that is, cultured coconut milk—is a relatively new addition that may raise a few questions.

What Is Coconut Yogurt?

“It looks like yogurt, being that it’s white, and tastes like yogurt,” says Jenna Lee Rios, Integrative Nutrition Certified Health Coach and Director of Operations at Modrn Sanctuary Wellness Spa in Manhattan. At its simplest, coconut yogurt, or coconut milk yogurt, should have basically two ingredients: full fat coconut milk, and active probiotics, often in the form of probiotic powder capsules.

Powder PowerWhat Are Shelf-Stable Probiotics—and Are They Actually Beneficial?Coconut milk, to review, is a non-dairy liquid made in the style of other nut-milks such as cashew or almond milk. It is the result of the pulverized flesh of coconuts combined with water, and has a slightly thicker consistency than regular whole milk (for even thicker coconut yogurt, use only the coconut cream that rises to the top). Coconut water is the natural liquid that occurs inside coconuts, and probably isn’t very worthwhile in the coconut yogurt making process, though might make a refreshing coconut popsicle. Probiotics are the abundant microflora, or “good bacteria,” that convert milk into yogurt via natural fermentation, and that naturally populate our stomachs. Commercial coconut milk yogurt may also include sweeteners, stabilizers, other flavors, or fortifying nutritive elements such as calcium, but at its essence, it’s a two-component deal. (Sometimes agar agar or tapioca starch is used thicken the yogurt, but just three yogurt ingredients is still impressively simple.)

So Is Coconut Yogurt Dairy Free?

Yes, when it’s made as described above. Look for brands that give some sort of label indication of dairy-free or “yogurt alternative” such as Coconut Dream, CocoYo, SoDelicious, and Coyo. Technically, the USDA only recognizes “yogurt” as a dairy by-product, so all coconut-based, dairy alternatives should have labels that clarify their status in some language or other.

Can I Make It Myself?

Definitely! You may not get a product as consistent structurally as commercially made coconut yogurt, but with just two readily available ingredients—coconut milk (or coconut cream) and probiotic powder capsules—you could be eating homemade coconut yogurt by tomorrow morning. (Bonus if you have some cheesecloth and a sealable, sterilized jar, but not mandatory.) Check out the process as described by The Minimalist Baker. 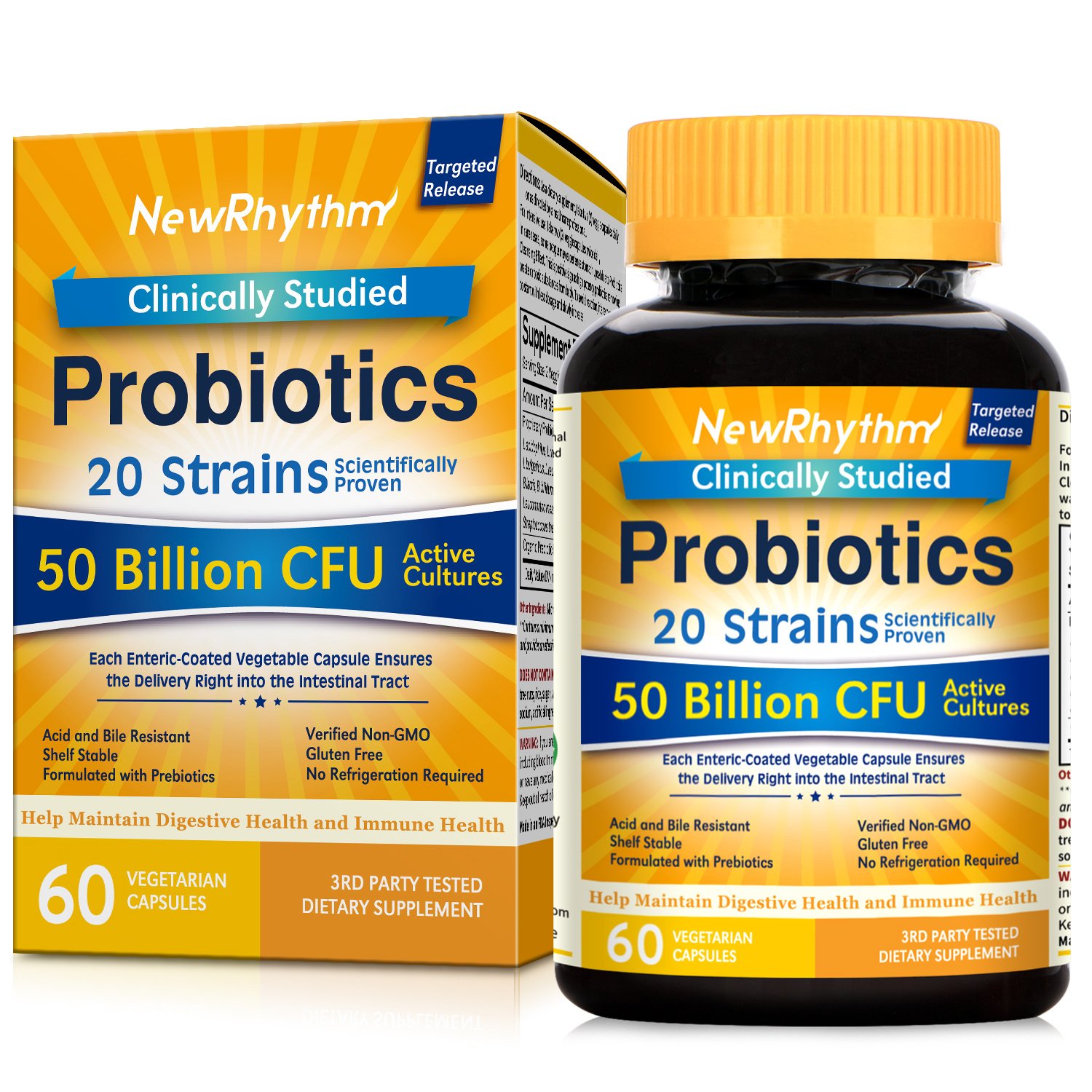 Make your own yogurt, or just supplement your diet with targeted-release probiotics. 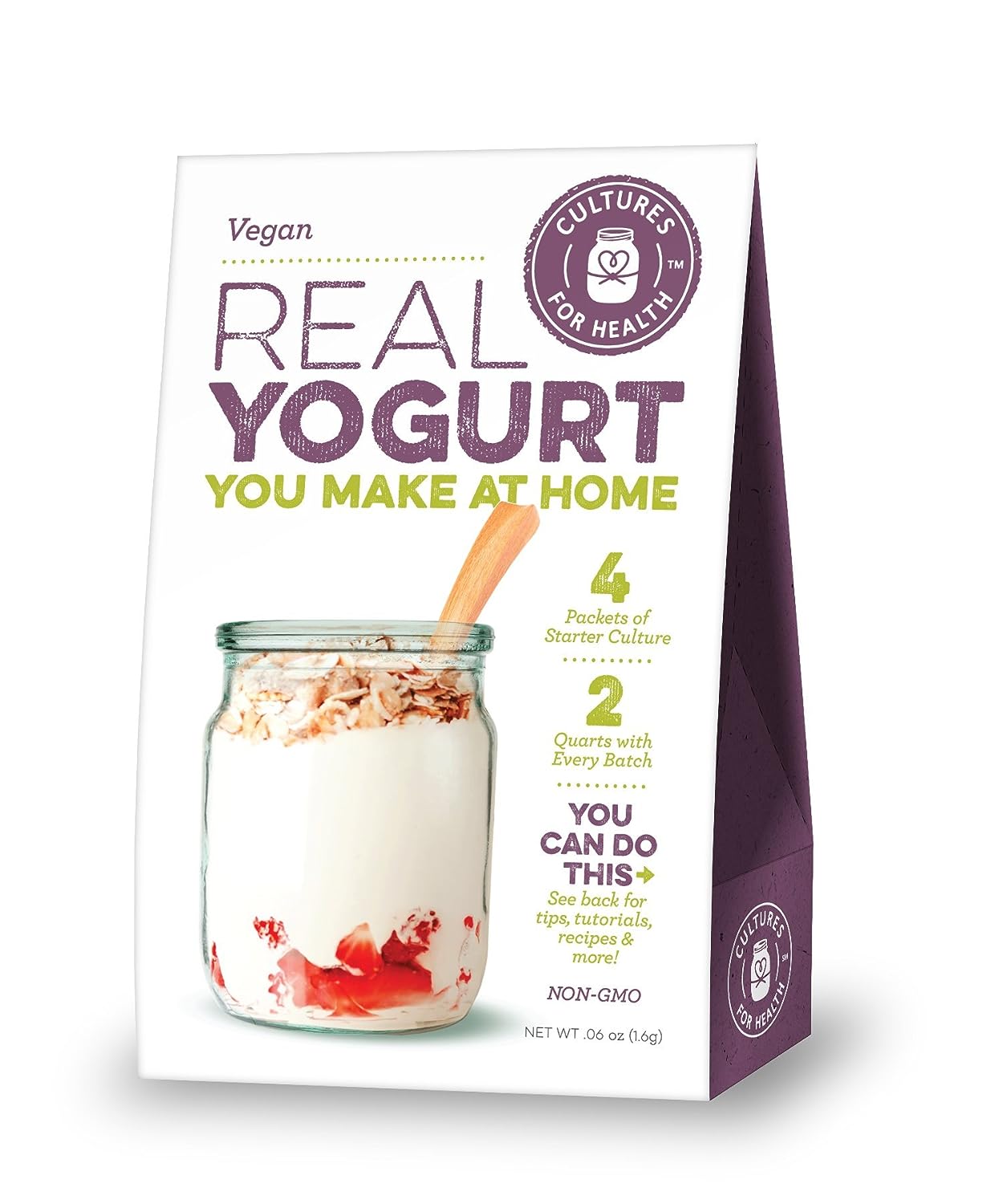 Cultures for Health Vegan Yogurt Starter Culture, $19.98 and up on Amazon

Another way to thicken and add probiotic power to your yogurt, this gluten-free and vegan starter makes 4 batches.

Can I Use It in Recipes Calling for Regular Yogurt?

With caution, you can use coconut yogurt in certain recipes that call for regular yogurt. Coconut flesh is naturally sweet, so even the plain varieties of coconut yogurt have a touch of sweetness and a gentle coconut flavor, as opposed to plain Greek yogurt which is flavor neutral. Beware of substituting in recipes that are trying to maintain savory or plain qualities, but do substitute in breakfast items, baked goods, or savory foods that pair well with coconut such as curries and Southeast Asian preparations. Here are a few recipes for Coconut Yogurt Waffles, Dark Chocolate Coconut Yogurt Cake Bites, and Coconut Yogurt and Chickpea Curry (which is also vegan and gluten-free).

Is It Good for You?

“As a health coach, coconut yogurt is the only yogurt I would eat,” says Rios. “It’s the most digestible. Other whole milk yogurts have higher cholesterol, and other nut-based alternatives are often harder to digest.” Coconut yogurt is a viable substitute for those who don’t eat or are limiting dairy in their diets. That being said, because of the natural sugar and saturated fat in coconuts themselves, coconut yogurt tends to be higher in carbs and fat than traditional, low-fat dairy yogurt varieties, but not at deal-breaker levels. It also lacks in the protein of traditional yogurt, but the probiotic element of any yogurt, dairy or not, can be beneficial for digestive health, and many varieties are also fortified with nutrients such as calcium or vitamin D. 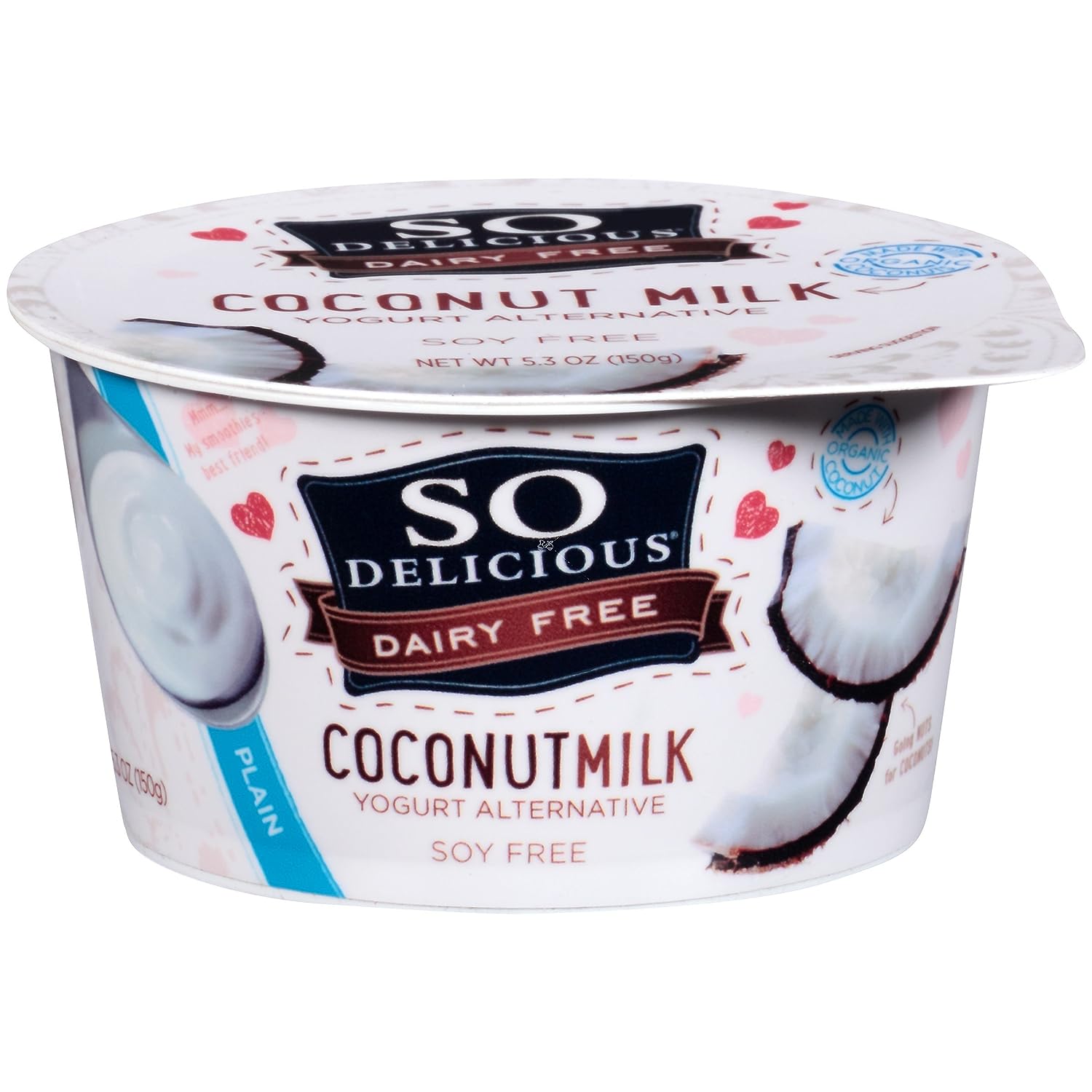 So Delicious Dairy Free Coconut Milk Yogurt, 8 for $44.07 on Amazon

Making your own is easy, but buying it from the store is even more so!

Pamela Vachon is a freelance writer based in Astoria, NY whose work has also appeared on CNET, Cheese Professor, Alcohol Professor, and Diced. She is also a certified sommelier, voiceover artist, and an avid lover of all things pickled or fermented.
See more articles
Load Comments