A Beginner’s Guide to Gluten-Free Flour

When the gluten-free movement moved in on us like a hurricane in the early aughts, many billed it as a fad diet or health trend-of-the-moment. A decade (and change) later, it’s clear that’s not the case. Gluten-free sections on menus and aisles in grocery stores are proof. Statista predicts the gluten-free category will command nearly $8 billion by 2020, and that’s no small potatoes (which happen to be gluten-free).

GF GroceriesThese Are the Best Brands of Gluten-Free Pasta You Can BuyWhen the wheat/gluten-free reckoning took hold, wheat flour became one of the toughest riddles for chefs and food brands to solve, being the most ubiquitous and widely-used wheat byproduct. Flour is, of course, used in thousands of foods, from bread to pasta, crackers, cakes, cookies, and baked goods of all kinds. Flour is also integral for savory cooking, coating meats in recipes like chicken marsala and steak au poivre, and used as a thickener for soups, sauces, roux, and bechamels.

Luckily for the gluten-challenged among us, there have been great strides made by way of gluten-free flour alternatives, and while the majority of chefs might tell you that there isn’t anything quite as good as the real thing, knowing the strengths and shortcomings of each can help you get mighty close.

As we’ll learn, flours made from some ingredients like beans and coconut will carry the flavor from their source, which may not be ideal, depending on your ultimate goal; and low-protein flours, like rice and sorghum, don’t always bind in the way that wheat flour does. Because no one flour totally replicates the consistency and flavor of wheat flour, flour blends have become popular to achieve balance, especially for baking where consistency, taste, and binding ability are all of utmost importance. 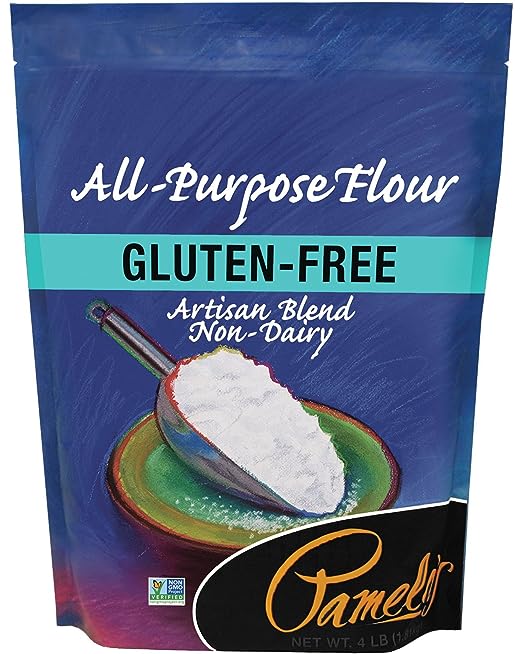 Keep this popular gluten-free flour blend on hand for baking and cooking!

While these wheat flour alternatives may have good binding abilities, be aware of their strong flavor profiles and how they may affect the final product. Oftentimes in baking, they are used in combination with low-protein flours like rice, sorghum, or millet.

Another popular choice, buckwheat is an earthy grain and contains no actual wheat, despite the name. Because of the aforementioned earthy flavor and dense texture, buckwheat works well in breads and pastas and heartier desserts like pancakes and some cookies. Buckwheat flour gets extra points as a good source of fiber and protein.

Cassava flour is one of the trendiest new flours to make a splash with the gluten-intolerant and paleo crowd, and some bill it as the closest gluten-free thing to actual wheat flour. Popular in Southeast Asia, it is made from the roots of yucca plants, which are peeled, dried, and ground. Cassava does get dinged for being high in carbs, however, with very little nutritional value. Read more about it in our Guide to Cassava Flour.

There are several options within the bean flour category, with chickpea flour proving most popular, but flour can be made from most any bean when it is dried and finely ground. Like coconut flour, these also carry a bean flavor into whatever recipe they’ve been added to, so are generally best used in savory cooking for breads, pastas, crackers, and the like. Having significant residual starch, bean flours also make good thickening agents.

This is one of the more popular and versatile of gluten-free flours and is paleo friendly to boot. You’ll find it made from both skin-on (unblanched) and skinless (blanched) almonds. The darker skin-on unblanched almond flour has a deep nutty flavor and is great for breads, pretzels, gingerbread, or other baked goods with a spicy or nutty flavor profile. Blanched almond flour is lighter in color, texture, and taste and is better suited for lighter cakes and baked goods. Almond flour can be made at home using a Vitamix or other high-powered food processor. See our deep-dive Guide to Almond Flour for more info.

Corn flour or maize is most prominently used in Mexican and other Central and South American cuisines, but has been and remains popular around the world. Having a very strong flavor profile, corn flour is best suited for foods like tortillas and arepas. Because it is low protein, it won’t bind very well, which is something to note.

Also low protein, this flour is made from very finely milled rice, and is used all over the world in a variety of foods, and not just as a substitute for wheat flour. Rice noodles can be found in nearly all Asian cooking styles, and rice flour is also used in dense cakes and as a thickener for sauces. White rice flour is almost completely flavorless, making it extremely versatile and a good one to keep in the cupboard for gluten-free cooking and baking, although some claim it can create a somewhat gritty texture in baked goods.

Technically a small-seeded grass, millet is an important crop in Africa and Asia, and the flour made from millet proves versatile—light, with a relatively innocuous flavor profile. This ancient grain has a profile and structure similar to wheat making it a natural choice for breads and pastas.