What Is the Difference Between Quinoa, Farro, and Wheat Berries?

Once upon a time, most people just cooked pasta or rice when it came to grains. Nowadays, the variety of starch-based side dishes has increased tenfold; couscous, freekeh, bulgur, and the like are now a ubiquitous sighting that line grocery store aisles and pop up just as frequently as pasta in recipes. This upsurge certainly can make it much more difficult to narrow down a side dish, especially when all those options look similar and are cooked the same way: in a small pot in boiling water. While deriving the difference between pasta and rice is much more evident to the eye, discerning the difference between quinoa, farro, and wheat berries (and the latter two especially) is a bit more complicated. Read on to determine the difference between all three.

While most refer to quinoa (pronounced “keen-wah”) as a grain, it’s actually a seed, and one that’s thousands of years old, getting its origins from the Andes Mountains. The quinoa seeds stem from a flowering plant (a relative of spinach!) that, after being harvested, goes through a manufacturing process to get rid of the bitter outer coating. The result is the quinoa that’s packaged and sold in stores, one that’s round in shape, similar to a lentil. It’s sold in a variety of colors, including the omnipresent yellow and tan, as well as orange, red, pink, purple, black, and some varieties often come packaged with multiple colors.

Quinoa is an extremely healthy substitute for pasta or something similar, boasting more protein than other grains or seeds. Is also contains all the necessary amino acids that our bodies can’t make on their own. Furthermore, it’s high in calcium, lysine, vitamin B, and iron, plus it’s gluten-free.

While quinoa’s flavor isn’t particularly overpowering—a combination of brown rice and oatmeal, with a bit of crunchy nuttiness—it can be easily dressed up to suit everyone’s taste preferences. If it’s too plain on its own, try it with a bit of olive oil or butter, or add your favorite dressing, a handful of dried cranberries, a salty cheese such as feta, and a leafy green (try massaged kale or spinach), to turn it from just a basic side into a bona fide main dish. 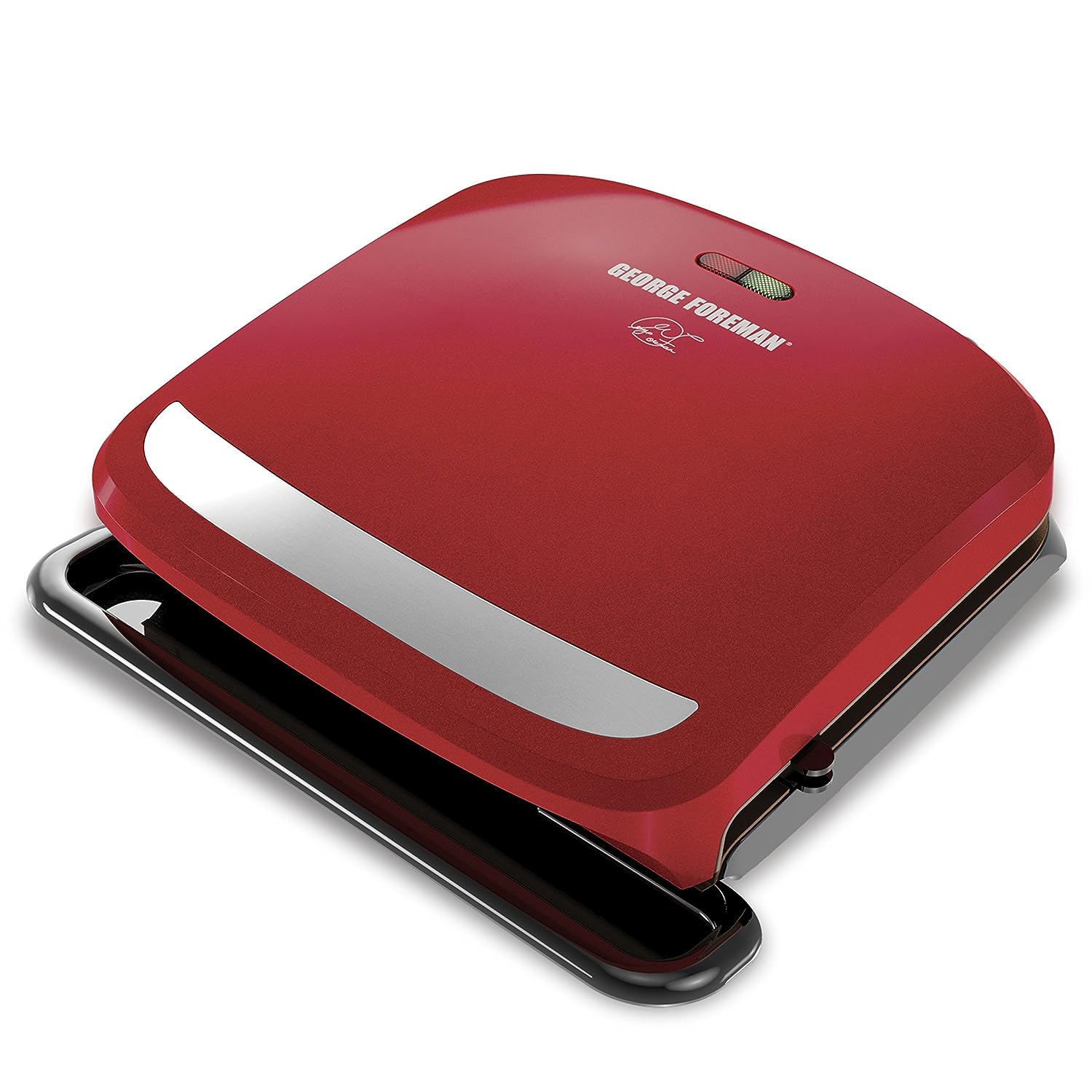 The George Foreman Grill is back and better than ever (for grain based burgers too)!

Farro, unlike quinoa, is a grain (one that’s not gluten-free) and an ancient grain at that, having been domesticated over 10,000 years ago. It’s a type of hulled grain, similar to barley and einkorn, which gets its name from the fact that the hull sticks to the grain when harvested. The hull is removed while the grain is processed, producing farro.

While farro has an almost identical shape to rice, uniquely oblong in stature, it’s a dark shade of brown, similar to brown rice, and designated as either semi-pearled or pearled. Its flavor is much more muted, unlike quinoa’s potent nuttiness, but it’s just as soft and tender as rice. Plus, it’s a healthy alternative that’s high in calcium, magnesium, fiber, and iron. Farro is a great substitute for arborio rice in risotto, as a crunchy addition in salads, or simply a side to roast chicken or fish.

A wheat berry is a wheat kernel—a whole grain form of wheat—meaning it’s the original source of all wheat products (including flour) before any refinement or manufacturing occurs. Wheat berries are almost identical to farro, flaunting that tan and somewhat reddish-brown color, but take a long time to cook and are a bit chewier and lighter than farro.

During the manufacturing process, since the wheat kernel is left totally intact, none of the nutrients are taken away, leaving an extremely healthy grain packed with fiber, iron, and protein. It pairs quite nicely with winter ingredients, like Brussels sprouts and butternut squash, and can easily star as the main item in salads.

Check the bulk items aisle in the grocery store where you can stock up on all three grains, or look in organic grocery stores where you’ll find brand names like Bob’s Red Mill and Ancient Harvest.

Spice up your quinoa side dish with a ton of minced garlic, cremini mushrooms, thyme, and Parmesan cheese. Get the Garlic Mushroom Quinoa recipe.

Quinoa stars in this Mediterranean-inspired salad, which is studded with black olives, roasted peppers, corn, cilantro, and feta cheese. Get the Mediterranean Quinoa Salad recipe.

Cheesy Quinoa Cakes with a Roasted Garlic and Lemon Aioli

While zucchini and other vegetables make great fritters, try out this version where quinoa is the main ingredient. Cooked quinoa, fontina, green onions, and a bit of flour is pounded together to make patties, which are fried in olive oil and then slathered with a garlic, lemon aioli. Get the Cheesy Quinoa Cakes with a Roasted Garlic and Lemon Aioli recipe.

Farro has a lovely nutty flavor and a delicate chew which transforms this risotto into a hearty and rustic dish. Parmesan cheese and butter adds a creamy texture, while the acidity of the white wine and umami from the wild mushrooms and thyme deliver a delicious and balanced flavor. Get our Easy Mushroom Farro Risotto recipe.

Warm up on cold days with this winter-ready soup, packed with everything from carrots to farro to yellow onions and feta cheese. Get the Mediterranean Kale, Cannellini, and Farro Stew recipe.

Farro is a great grain to substitute in salads, especially if you’re craving something other than lettuce. This version is simple to make: Just cook the farro, add dried cranberries, crumbled goat cheese, a couple of spices, and the dressing. Get the Farro Cranberry and Goat Cheese Salad recipe.

Farro Risotto with Squash and Kale

The addition of farro makes this a healthier version of risotto—one that still manages to be uber creamy, thanks to roasted and then pureed butternut squash. Get the Farro Risotto with Squash and Kale recipe.

Wheat berries are dressed up with roasted butternut squash, cranberries, slivered almonds, and orange zest, making this a super easy and light dish for lunch. Get the Autumn Wheat Berry Salad recipe.

Swap out oats with wheat berries for this sweet and healthy breakfast staple. Just cook the wheat berries normally, then infuse it with warm cinnamon and vanilla-infused milk. Get the Wheat Berry Cinnamon Porridge recipe.