Was in the neighborhood twice last week, so I decided to give these places a try, both at lunchtime:

1. Adana Restaurant. A NYT writer raved about this place a while back. A non descript middle eastern restaurant on an anonymous stretch of San Fernando Road, the place was about 50% full at 1 PM. Staff (owner?) were very friendly and enthusiastic. I got the cornish hen plate. It took about 25 minutes to arrive...with some average pita bread (warm) and crispy baked pita chips as well (average). Looked like every other Cornish Hen I've been served on Westwood Blvd and various places around Glendale. Don't really understand the rave reviews. Maybe there is something wrong with me, but I really can't tell the difference between most Persian/Armenian restaurants. The only one which I really enjoy, and think is a step up, is mini kebob.

2. Sushi Nishi-ya. In a depressing mini-mall on Victory, it is equally dreary inside. Only sushi master and a single waitress. I got there at 12, and it was empty. Only serve sushi - either a la carte or omakase (only option at bar). Omakase, so I was told when I asked, is between $50-100+. I chose a table and ordered a few items. Fish was fresh, expertly cut and well-sauced. Crab roll was soggy by time I ate it, as they delivered all five of my orders at once. With a diet coke, it was $38 with tip for 8 pieces of sushi and a roll (no toro or exotics). If I'm spending that kind of money, I need decent ambiance. Won't be returning.

I think the majority of decent restaurants in the Valley are on Ventura between the 405 and 101...this recent trip just confirmed it. 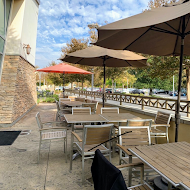