In a word I could sum up my concern with this:

See I get how Tex Mex could work. I love flank, skirt and flap so I could come around to fajitas even though peppers and onions are a distraction to sausage . . . let alone steak.

And I'll just leave queso alone for now. Im sure Ill find a time to "get into it" . . . there is time still for me to bring in new food loves.

I'm concerned about my old ones. I know that great sushi will come in less frequency but my concern is finding out about any Japanese/Asian markets where I can pick up trimmed loins to cut at home, like what they have at LA markets such as Nijiya.

Love to know about Indian and Thai. I know that LA's selection is limited in Indian and since moving to downtown, I have learned to live with less cheap and bold flavored Thai options. So I ask, but know I bear a measured bar.

As for contemporary which includes Western European and broad based American; I know Austin has many a white table cloth being draped but any suggestions on a joint with dream fresh pappardelle or steak au poivre or moules frites is always welcomed.

As far as African goes - I need my injera fix semi annually and if there is some exciting North African - hit me.

But I need my tacos. My cheap taquerias that are as much shelters for the poor and hungry as they are havens for authentic meaty offerings like Al Pastor, Carnitas, Buche, (great i.e. Longaniza or Salvadorean style) chorizos, barbacoa, fritangas and anything else that may be lit by a work light purchased from Home Depot.

I know that BBQ, burgers and all other cuts of bovine will be presented to me like a conquering general returning from battle - but butcher suggestions, particularly Argentinian/ethnic ones are very much welcomed.

Oh and I guess if there is a substitute for shawerma - I'm a Zankou slut, but I'll take what ever I can get - this goes double for a Mediterranean/Middle Eastern butcher as well.

Looking forward to a new chapter in #ATX and looking even more forward to eating like a pro here . . .

Taste of Ethiopia I 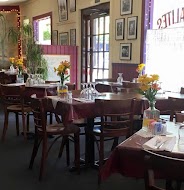 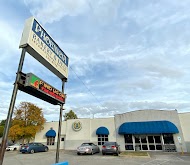 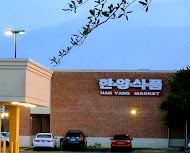