The what's what of U.S. lunchtime habits.

Ever wonder where your co-worker is actually headed when they leave for “lunch?” Turns out it may be easy to guess based on what city you live and work in. Ubimo—a New York-based software company—looked at the foot traffic habits of people in 10 major U.S. cities to determine how they spend their lunch hour (on average).

Here’s what they found…

According to the report, San Francisco is the only city where people are more likely to do their errands during other hours of the workday—there is actually a 0.6% decrease in overall foot traffic during lunch with only a barely-there 0.2 percent spike at restaurants. Perhaps it’s the all-pervasive tech culture in SF that has everyone ordering from Seamless and Uber Eats, or maybe no one feels like walking up those dang hills for a burrito.

Related reading: Why You Should Eat the Same Lunch Every Day

It seems the power lunch is still alive and well in our nation’s capital. “The District” had the highest average increase in foot traffic to restaurants during lunch at 23.9 percent. The second highest was Dallas with 20 percent, and then Atlanta at a 19.98 percent increase. The aforementioned San Francisco was least likely to lunch out with everyone else falling somewhere in the middle.

Atlanta and Dallas were two of the three cities most likely to run errands (i.e., apparel shopping, bank, department stores, grocery, gyms, mail, pharmacy, mobile store) during lunch with respective spikes of 14 percent and 17.5 percent to those destinations. This could be because many stores and shops close early on weekends and don’t open at all on Sundays, making this many people’s only chance to hit up CVS or T-Mobile. Philly is also in the errand mix, knocking things off their to-do list during lunch about 16% of the time

Once again, San Franciscans seem not to like to leave the comfort of the home or office during their lunch break actually showing a decrease in foot traffic to errand destinations during lunch.

Square pizza kind of looks like a football field, doesn’t it? 🏈 Which team are you rooting for today? Let us know below. 📍JETS Pizza | Houston, TX

Across all 10 cities, the bank received the biggest spike in foot traffic during lunch (so classic) at an average over 20 percent with the post office second at 16 percent and pharmacy at just over 15 percent (I’d normally zing everyone for not using online banking but I still go IRL for the free pens and lollypops, too). 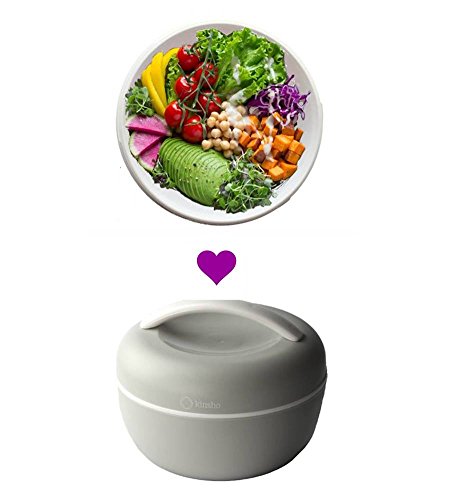 A slick looking bento box to carry your lunch salad to work.

Salad joints are enjoying the largest overall foot traffic spike of 33.7 percent across all 10 cities with places like Chop’t and Sweetgreen attracting loyal customers, with San Francisco seeing the highest percentage of total lunch visits to salad restaurants. Mexican and sandwiches were also popular choices with pizza bringing up the rear, showing minimal increases and even decreases in foot traffic during lunch.

Our kind of Summer Fridays. Starting today, if you’re a NikePlus member, get $3 off your 🥗 every Friday from now through 8.30.19. Only through the @sweetgreen and @nike app. #nikexsweetgreen

Overall about 20 percent of foot traffic on average is to fast food lunch locations across all 10 cities with San Francisco being the least likely at just 9 percent and Atlanta the most at over 34 percent opting for some greasy fast foods.