If you’re looking for the best low-carb beers and low-calorie beers available in 2020, we’ve done the taste testing for you (I mean, someone had to). With summer in full swing, see our list of tasty, fresh, and full-bodied beers that are low in carbs and calories and won’t sabotage your healthy eating habits.

A new crop of great-tasting low calorie, low carb beers are flooding the market and flying off shelves—and many of them taste great. Long gone are the days when watery Michelob Ultra and mind-numbingly bland Bud Select were the only safe havens for keto or paleo beer drinkers looking to shave an inch or two off their waistline.

“Beer lovers are clearly looking for a more healthful approach to drinking that supports popular low-carb diets like keto and paleo,” Herz continued, “but some beer brands, like Sufferfest (San Francisco) are going a step further, adding herbal botanical components like bee pollen to ‘healthify’ their beer.”

Any way you slice it, it’s a mighty fine time to be a beer drinker on a low carb diet. If you’re looking to track down some of the best low-carb, low-calorie beers for summer, here are a few of our favorites. While some can be tricky to track down, we provided links to buy from Drizly and other online liquor retailers and delivery services.

Of all the low-carb, low-calorie IPAs, Brooklyn Brewery’s Stonewall has the truest IPA hop flavor. It was brewed in honor of the uprising at Stonewall, led by activist Marcia P. Johnson, which helped spark the modern-day LGBTQ+ rights movement. That landmark bar in New York’s West Village serves this incredible brew on draft but you can get this session IPA with citrus notes in liquor stores too. Part of the proceeds from sales of this beer benefit the Stonewall Inn Gives Back Initiative.Buy Now

One of my favorite low-carb beers on the list. A very light, bright “fractional low-calorie IPA” as the West Coast brewery, Lagunitas, refers to it. This one is easy to find in most major cities and good beer shops, and don’t be fooled by its light appearance; the beer has beautiful tropical fruit notes and a nice, balanced hoppiness.Buy Now

This is one I’m still waiting to get my hands on but one that gets high marks from other reviewers. Despite it being somewhat hard to find the Deschutes (Oregon) low-carb pale ale offering scores big with a citrusy, yuzu-forward flavor profile and refreshing mouthfeel. A good summer tipple to be sure. At just 100 calories and 4 grams of carbs, it’s right in line with many of the other hoppy ales on the list. Buy Now

Three percent ABV is pretty low for a beer so be aware, but that makes Goose Island’s So-Lo an excellent candidate for session drinking on hot summer days or long nights in the park or backyard. This beer has a nice, balanced flavor that’s easy drinking with a rather mild hoppiness. Perfect for those who like IPAs but don’t need a hop kick to the face. While it’s comparatively low in calories, S0-Lo has over 9 grams of carbs so it’s not likely your best bet if trying to keep to a keto plan. Buy Now

This low-carb and low-calorie IPA is just rolling out from Delaware brewery Dogfish Head. The brewery was recently purchased by Samuel Adams but it hasn’t stopped them from making highly innovative beers, and Slightly Mighty is as good an example as any. The beer has all the trappings of a good, light IPA. Its secret weapon is monk fruit which allows for a malt-like balance to all those hops without the residual sugar and far fewer carbs.Buy Now

One of our all-time favorite craft beer delivery services!

This is a solid, easy-drinking, low-calorie lager. Great for a big party or day at the beach (or flip cup tournament). Ballast doesn’t have a ton of nuance like some of the others but I’ll take it over a Bud Select any day. Plus, don’t ya just love the can?Buy Now

It seems to defy science that Four Peaks could get so much booze into a low-cal, low-carb beer but by George they’ve done it! This brut IPA is almost like dry Champagne. But hoppier. With an apricot, honeydew, and white wine nose, this is one of the more fun and playful low-carb beers on the list, and an absolute must-try if you’re on a diet this summer.Buy Now

Sufferfest bills this beer as “inspired by athletes.” And while I don’t know that any booze is going to amplify your athletic prowess, some may slow you down more than others. Shred stands up to a taste test and if you like light, slightly malty German Kolsch beer, like Schlafly or Reissdorf, you’re bound to like this low-carb version too.Buy Now 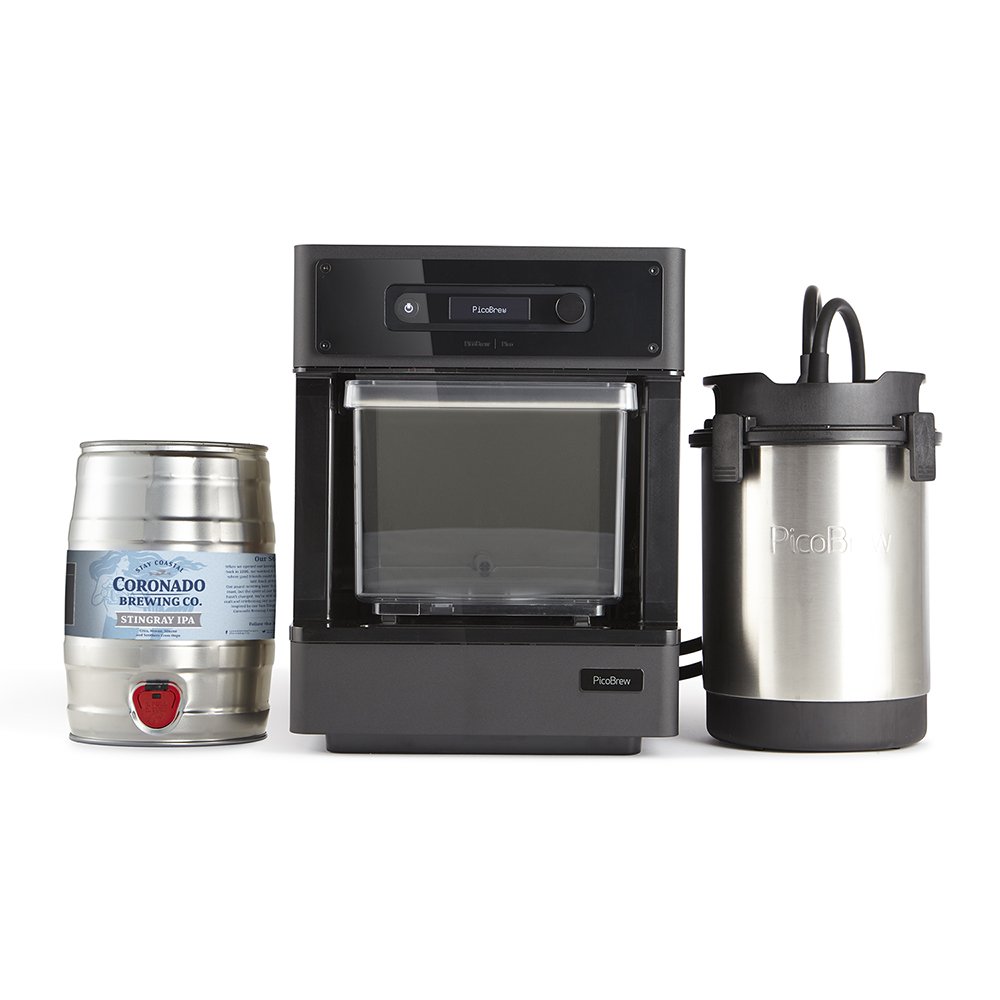 Try your luck at low-cal beer with our favorite home brewing system.

Although it’s got a slightly higher carb count than some of the others, this lager has lovely flavors of watermelon, hibiscus, and lime against a sweet, slightly tart profile, light mouthfeel, and crisp finish. The Mural Agua Fresca Cerveza is the perfect low-calorie option for those who covet a fruitier, sweet beer but don’t covet all the calories they often come with.Buy Now

Devil’s Backbone brewery refers to this bright, tart tangerine beer as a “sparkling ale.” One of the lowest carb beers on the list and another good one for those who like fruit-forward beers that aren’t too sweet like a watermelon ale.Buy Now

A bright, sour tangerine flavor is balanced by airy sweetness in the Easy Sport, another low-carb beer billed for and marketed to athletes. The brewers add electrolytes and magnesium to this beer which, in theory, could help you recover from a game or race.Buy Now

A German-style wheat beer, this low-carb radler (a lot like a shandy) is only available in the northeast, as of now. It’s on the sweet side but at just 130 calories has far fewer than most others in its category.Buy Now

This is the beer you’ve been waiting for if you’re both watching your carbs/calories and also trying to avoid gluten. For my money Omission has been the most consistent gluten-free beer maker and the trend continues with this tasty and easy-drinking, light golden ale.Buy Now

One of the latest from Heineken, this low-carb premium light lager is competitive with the others on calories at just 99 and slightly higher in carbs with 6.8, but if you’re a Heineken drinker looking to downsize your calorie intake this summer, it could be just the one for you.See Now

Note: An earlier version of this post included North Coast Brewing Co.’s Scrimshaw, but the nutrition information for this beer has been updated, so we’ve removed it from this list.

Related Video: The Difference Between Ale and Lager