The Ultimate Guide to Vegas Dining at CES 2020

Feeling hungry? You're in luck.

Gambling, smoking, and drinking? Rebellious Sin City acts, for sure, but mere peanuts next to housing 3,000+ calories during a single meal.

It’s no secret that Las Vegas, entertainment capital of the world, has also turned into a culinary capital, offering all of the most recognized bars, restaurants, and fast casual hot spots on one LED-heavy strip. What was once an uninspired cluster of dimly-lit steakhouses and casino buffets is now a bustling intersection of award-winning cuisine, ranging from high-end lounges with rare cuts of Wagyu to no-frill burger joints.

Since time is of the essence during CES (Consumer Electronics Show, taking place from Tuesday, Jan. 7 – Friday, Jan. 10), I thought it’d be helpful to present my Take 5 dining picks in the three areas you’ll probably be hanging around most: the Cosmopolitan hotel, Sands Expo Center, and Las Vegas Convention Center. Each spot is either walking distance or within a 10-minute Uber ride for your convenience. I’ve also partnered with Vegas’s most trusted and followed food influencer, Lindsay Stewart (@TheLasVegasFoodie), for her expert recommendations.

Soon enough, you’ll find that the food here is just as exciting and innovative as the cars, robots, and smartphones you’ll be gawking at all week.

The Cosmopolitan of Las Vegas

Lucky for you, you’re already residing at what is arguably the most exciting food destination on The Strip. The Cosmopolitan is chock-full of the trendiest dining options, including this tried-and-true favorite with live entertainment, clever cocktails (get the sour candy-tasting Birds of a Feather), and a caviar taco. I repeat: a caviar taco that is as indulgent and delicious as it sounds. 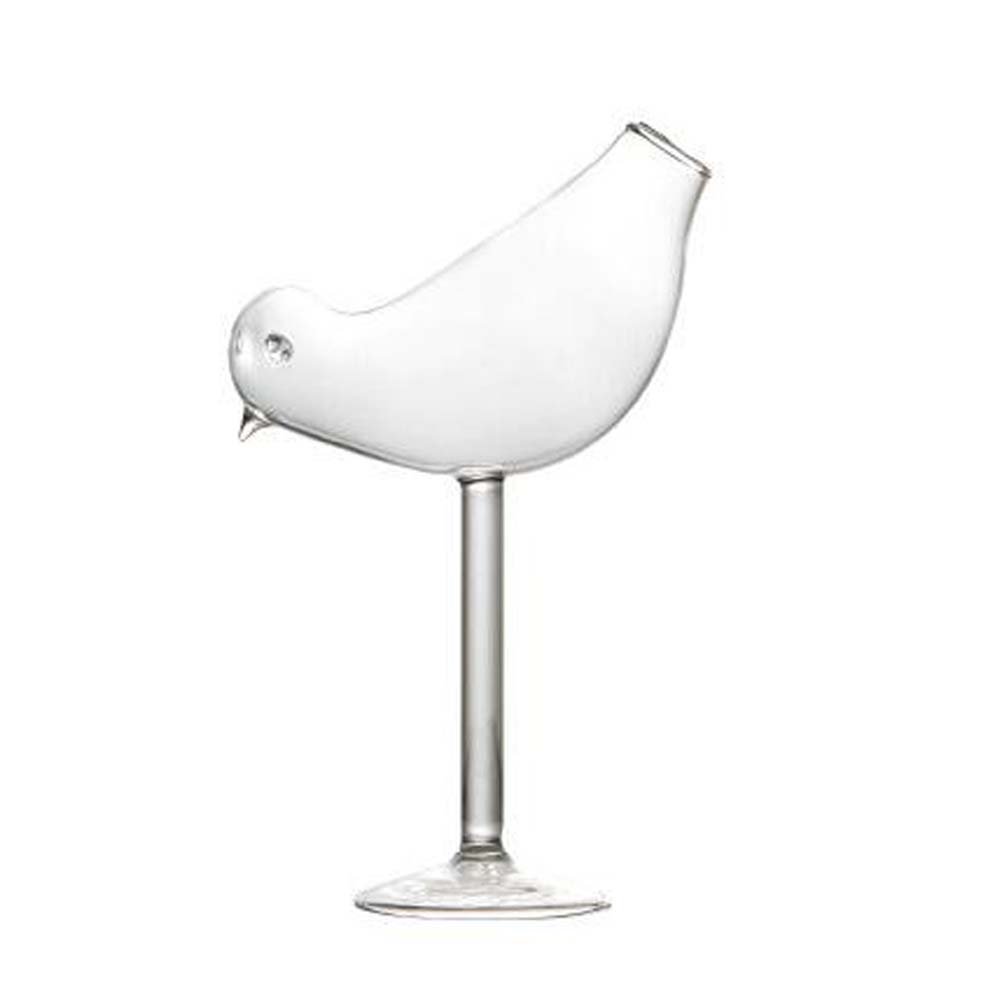 This awesome glass is what the Birds of a Feather is served in. Order a flock.

Exclusivity knows no bounds at this secret, nine-person establishment, tucked behind a red glass wall and red velvet curtain in Jaleo. You have to have an actual golden ticket to experience the 21-course tasting menu that combines performance with top-quality cooking. Start your evening with another hidden gem at Ghost Donkey, the hotel’s hidden mezcal bar located behind Block 16’s seating area. They showcase a variety of tasty tipples, as well as an entire nacho menu.

The famous @hattiebs hot chicken sandwich is just one of many insane bites at the @cosmopolitan_lv’s Block 16 food court. More to come!

There is no shortage of eats at this bustling, albeit manageable food hall, featuring the drool-worthy bites you’ve seen and swiped through on social media. Highlights include Hattie B’s hot chicken sandwich (can you handle the heat of “Shut the Cluck Up”-style?), Lardo’s pork belly and pepper Dirty Fries, and sliders from District with a secret sauce you’ll be demanding to take home in bottled form.

If death comes in threes, consider me dead by cookies. @milkbarstore

A quick look at Milk Bar’s menu will have you kissing those healthy resolutions goodbye. From birthday cake truffles (my personal favorite) and Milk Bar Pie to cereal milk frozen yogurt and slices of seasonal cake, it’s the place your children told you about, the place your trainer warned you about, and the place you’ll probably hit up at least three times during your stay.

It may seem blasphemous to demand healthy culinary options in Vegas, but joining The Juice Standard’s hive is not only the cool thing to do, but the necessary thing to do. Their tasty line of high-quality pressed juices and nut milks will have you feeling in tiptop shape in no time, which means you’ll have more opportunities to drink wine and eat rich food later in the day. A true win/win, if you ask me.

Nothing says “Vegas classic” quite like a wood-paneled, plush lounge serving 16-oz. steaks and seafood towers to the city’s highest rollers. The fact that The Barrymore is walking distance after a day on the convention floor is simply icing on the cake…or $100 on a winning roulette number. Looking for a more modern approach to Vegas’s steakhouse scene? Bazaar Meats at the SLS is another excellent option, though frequent cholesterol checkers need not partake.

According to Lindsay Stewart (@LasVegasFoodie): “The Barrymore is like stepping into a time warp. Picture old school vegas, but very new and with a modern twist. It has one of the best happy hours you can find and it’s really convenient for the convention go-era.”

My idea of indulgence is a plate full of carbohydrates, and there’s no better carb than pasta. Esther‘s Kitchen is unlike any other Italian restaurant in Vegas, offering unconventional dishes (hi, rye noodles with duck) in an eclectic, hip setting (hello, neon signs and a yellow couch). Perhaps the most exciting part of the meal is ordering the chefs a round of beers for $6. They’ll more than deserve it. 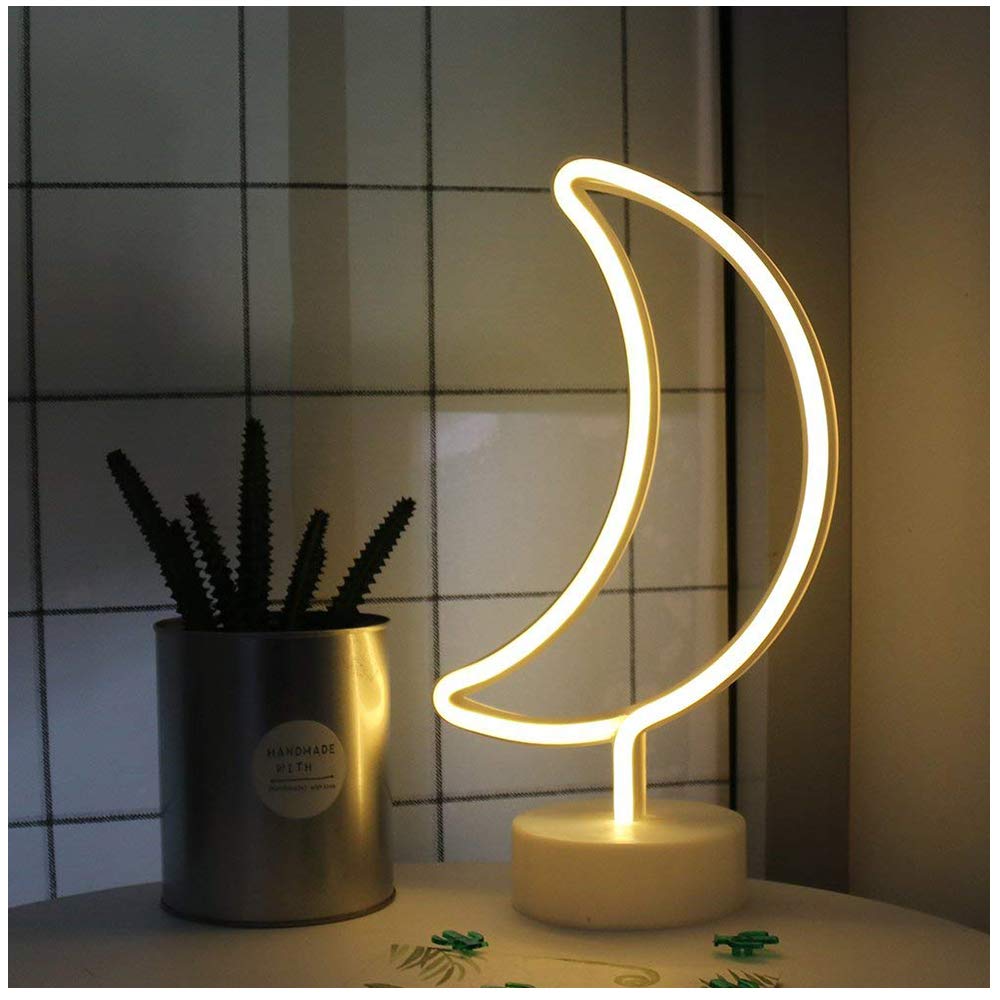 One of Esther Kitchen's focal points is its neon sign, surrounded by yellow furniture. This combines both for a decorative piece in your own kitchen.

According to Lindsay Stewart (@LasVegasFoodie): “Italian lover? This could be the spot for you! Esther’s Kitchen puts a twist on traditional Italian dishes and packs on the flavor. Don’t skip the freshly made sourdough bread with burrata! It’s also conveniently open for lunch.”

MOST INSTAGRAMMABLE: Top of the World, Stratosphere Tower

Drake isn’t the only one who’s got views. Top of the World lives up to its name with a panoramic look at Vegas and beyond, all while serving the award-winning surf and turf that the city is known for. For those who can stomach it, the Stratosphere also boasts thrill rides aplenty, but that may require a digestif or seven before you actually agree to subject yourself to such madness. Good luck.

If you’ve ever thought about stuffing a doughnut with a Pop Tart, then a) I want to shake your hand and b) you’re in luck. That’s just one of the creative concoctions you’ll find on The Donut Bar’s innovative menu, which also features a ridiculous creme brulee yeast variety that I called three friends to scream about.

For anyone capable of downing an entire rotisserie chicken for dinner, this is your safe space. In fact, this is a space that celebrates you. The establishment goes beyond chicken, however, with turkey, pork, an even vegetarian options, served a la carte or part of a sandwich. Don’t forget to order one of their healthy sides, as well, which punctuates the meal with even more fresh and seasonal offerings like roasted peppers and black beans.

Vegas is all about drama, oversized portions, and elaborately decorated dining spaces and Mizumi delivers on all three fronts, though what the restaurant displays in grandeur, they balance in the simplicity and delicateness of their flavors. Whether it’s crispy brussels sprouts or thinly-sliced Kobe beef, the attention is placed on the primary ingredient and only accented with Asian influences through sauces and seasonings. And if this talk just sounds pretentious, be sure to order the Noh mask dessert because it’s fun to smash a chocolate face.

Sometimes I have a random craving for barbecue and when that craving hits, I need it now. This makes me either demanding or pregnant—I’m not really sure. But one thing I’m sure about is Smoked Burgers & BBQ (located in Caesars’ Forum Shoppes) has some of the best brisket I’ve tasted in a while. Juicy, tender, smoked to perfection, and topped with a barbecue sauce that they should bottle and sell immediately on Amazon, this is a surprisingly delicious Southern option in an area crowded by underwhelming national chains. Order a fresh watermelon-based cocktail to wash everything down and consider today a great day.

A post shared by Gordon Ramsay Restaurants (@gordonramsayrestaurants) on Sep 14, 2018 at 8:07am PDT

It may seem gimmicky and touristy to dine at a restaurant based on a television show, but hear me out when I say that the famed lobster risotto will conjure a Ramsay style F-bomb as you’re noshing on it. And please save room for dessert. Sticky toffee pudding (my favorite of all-time) is their specialty, along with a dry ice pineapple carpaccio that will have everyone taking out their phones to document.

Attempt to recreate some of the outspoken chef's dishes in your own kitchen, sans profanity.

If you don’t have plans to fly to Hawaii anytime soon, here’s your next best option. Found only in Guam and the 50th state of our Union, these individually packaged shortbread delights make the perfect treats to hide in your pocket at CES. You can also bring back a palm tree-shaped sampler pack for friends and family. Or just keep it for yourself because it’s a new year and you’re the priority.

Sometimes you need a quiet oasis and a damn good omelette. Canyon Ranch Grill provides both as a necessary respite from the city’s sensory overload. The chef also encourages “Wellness Additions” like turmeric oil and chia seeds to incorporate into any meal. Needless to say, it’s your skin that will be glowing most at the 2 a.m. craps table.