The History of Chocolate Gelt

Reluctantly nibbling on chocolate gelt, the foil-wrapped coin-shaped candy enclosed in tiny mesh “money bags,” is as much a holiday tradition as playing dreidel and lighting the menorah. Most Jews will tell you the stuff is awful, waxy and flavorless with little resemblance to what one would consider actual chocolate. Easter has Peeps. Halloween has candy corn. Hanukkah has gelt.

So where did Hanukkah’s fruitcake equivalent come from? Gelt (the Yiddish word for money) has always been synonymous with the Festival of Lights long before it made its way into chocolate form. Gifting actual coins was integral to the celebration of Hanukkah in ancient times. The Talmud, the main source of Jewish law which dates back to the 6th century, encourages people to give money to those in need of supplies to ensure they were able to keep their menorahs lit for eight days. 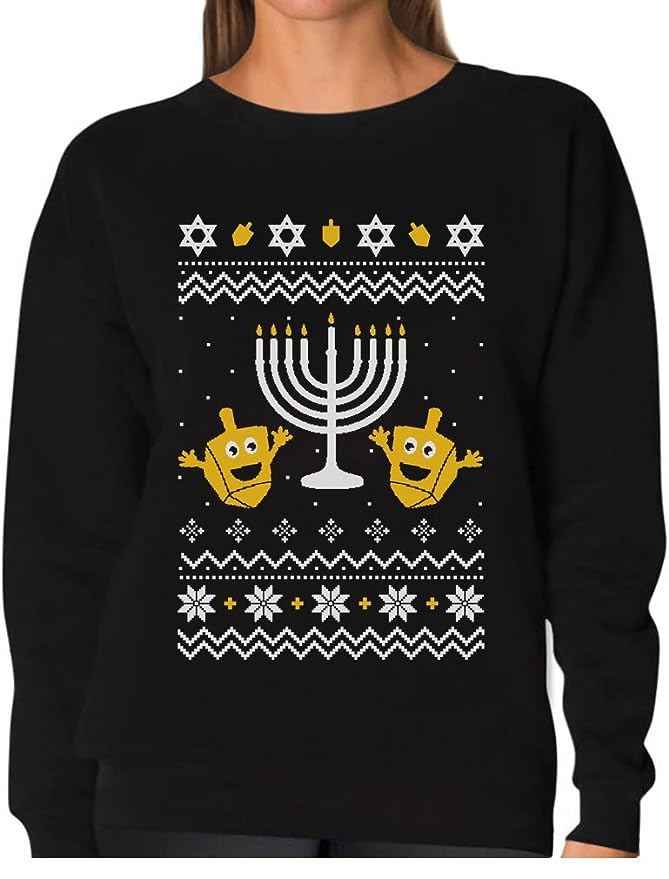 Spin the dreidel in this stunningly ugly holiday sweater!

Fast forward to the 1700s in Eastern Europe, when Jewish parents would give their children gelt to gift to their teachers as a bonus for their efforts. Eventually, the tradition evolved, and parents also gave money to their kids as a sort of reward, but with the stipulation they’d have to save it for their future educations.

The transition from currency to confection took place in the 1920’s, when the now-defunct New York-based Loft’s became the first candy company to produce a chocolate version of gelt. Not only did this provide a cheaper alternative to gifting actual money, it also forged a connection with Judaism’s minting roots—the first coins produced by Jews back in 142 B.C. were stamped with a menorah.

While chocolate gelt would go on to join the ranks of latkes (potato pancakes) and sufganiyot (jelly donuts), its sustained popularity can only be described as another Hanukkah miracle. Historically, big-name chocolatiers avoided making the stuff as obscure American and Israeli manufactures cornered the market and felt no incentive to improve their product.

But in the era of artisanal revamping, that’s all changing and Jewish kids now have options beyond gelt that tastes like a box of Hanukkah candles. Several chocolate companies including Divine Chocolate, which sells coins made from fair trade certified single-origin West African cacao beans, and Veruca Chocolates, known for their foil-less version sprayed in silver and gold and studded with sea salt, are revamping the stuff. Thankfully, some traditions aren’t built to last.