You'd never expect a tiny brown lump to be so delicious.

Sometimes the best-tasting treats are the most unassuming. You’d never expect a tiny brown lump to be so delicious. In fact, some might be turned off by the color and shape altogether. But that’s half the magic of Irish potato candies, a confection the vast majority of our country may not even be aware of in the first place.

Authentic Irish Treats12 Traditional Irish Foods You Should Know AboutFor the uninitiated, Irish potato candies contain absolutely no potatoes whatsoever—they simply resemble miniature versions of the root vegetable in their color and shape. Instead, they are round balls of coconut buttercream (usually composed of some combination of coconut, confectioner’s sugar, vanilla, and cream or cream cheese) coated in cinnamon to achieve a dark brown outer layer.

These confections are staples of St. Patrick Days festivities in the greater Philadelphia area. They’re just as, if not, more prominent than soda bread or corned beef and cabbage on tables across the region. Local candy company Oh Ryan’s has been manufacturing them since 1989. As of 2015, they shipped an average of 82,000 pounds of Irish Potato candies between January and March each year, mainly to local supermarket chains and candy stores. Even though there is technically nothing “Irish” about them, the product description on Amazon assures me that they are named after Irish potatoes “in remembrance of the great potato famine.” I gladly accept this explanation and I hope that after I die, the great tragedies in my life are memorialized with name-saked candy. There is no higher honor. 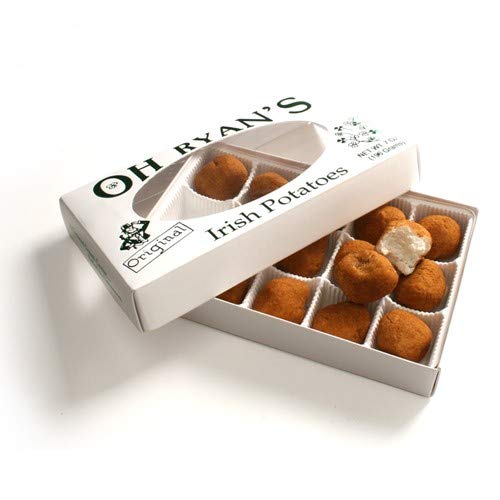 Like 90 percent of Americans, I too was unaware of these delicious bite-sized treats. It wasn’t until I started dating a guy from southern New Jersey that I was introduced to Oh Ryan’s candies. At first I was confused when he asked if I wanted to snack on Irish potatoes. Did he mean french fries? When I bit into a brown lump of coconut, I was pleasantly surprised, albeit still puzzled. But after eating one sugar bomb the size of marble, I saw the light—a shiny potato-colored light—and became almost evangelical in my new food love.

To this day, my primary associations of the starchy staple involve tastes of coconut, vanilla, and cinnamon. When I think potato, I think candy. And it’s a shame the rest of the world is missing out.

The only other region of the United States that has a similarly shaped and named candy is San Francisco. The city is home to See’s Candy, which sells its own sweet take on a St. Patrick’s Day potato. The brown coating is cocoa and cinnamon and the cream inside is white chocolate fudge, with English walnuts. Oh the irony! 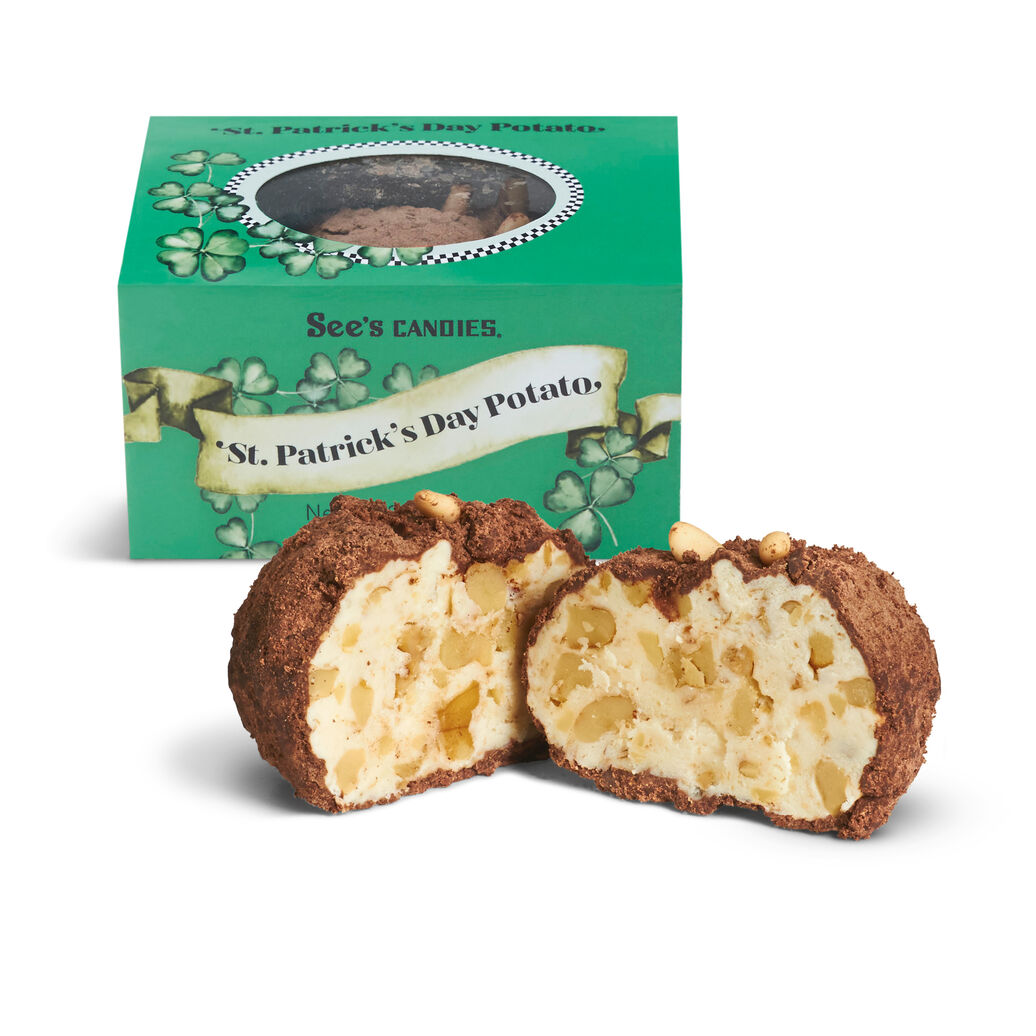 This spud-shaped treat has a divinity center with a chocolate, cocoa, and cinnamon coating.

For those of you live beyond the reaches of these major cities, there is hope for you. Oh Ryan’s products are readily available on Amazon, so you can order a whole sack’s worth of the things. And if you’re feeling more adventurous, you can even try making them at home. They sure beat green bagels any day!

You still have a few more days to make these Irish potato candies for #stpatricksday. http://www.simplywhisked.com/irish-potato-candy/ or click @simplywhisked for the link. #irish #candy #potatoes

Try this recipe for an Oh Ryan’s style batch of homemade Irish potato candies, made from butter, cream cheese, vanilla, powdered sugar, and flaked coconut, and rolled in cinnamon to finish. Get the Irish Potato Candy recipe.