Aquafaba almost sounds like something you’d say to cast a spell. Fitting, because some consider this a miracle ingredient. But what is it? Chickpea juice!

Used to replace eggs and egg whites in lots of different vegan recipes, aquafaba (a combo of the Latin for “water” and “bean”) is simply the liquid left over from cooking a pot of garbanzo beans, or poured out from a can of them. Technically, the term can apply to the liquid from other beans too, like cannellini and butter beans, and even peas, but it’s usually taken for granted that it’s from chickpeas in particular—and chickpea brine is generally held to work the best.

How does aquafaba work and how can you substitute it for eggs?

The legume-y liquid is slightly viscous in the same way that egg albumen is, and it mimics eggs’ and egg whites’ function as a binder, aerator, thickener, and emulsifier in many recipes, from savory to sweet and raw to cooked.

Generally, three tablespoons of aquafaba is equivalent to one whole egg, two tablespoons roughly equals a single egg white, and one tablespoon equals one yolk. That said, it does matter how thick your liquid is. To ensure all the starches are evenly distributed, you can shake your can or stir your pot before straining the liquid from the beans. If it’s too runny and more akin to water than egg whites, which is more likely to happen if you’ve cooked the beans from dried, you can boil the aquafaba on its own until it’s slightly reduced before measuring it out. You should also strain it through a fine-mesh sieve, since tiny bits of matter from the beans can make it harder to whip aquafaba into airy foam.

Can you freeze aquafaba?

Since your average can of beans contains anywhere from 1/2 to 3/4 cup of aquafaba and a pot you’ve cooked will probably yield even more, you can freeze any excess. (And of course, you can do this every time you make or open chickpeas so you always have aquafaba on hand.) It’s best to freeze it in ice cube trays, so you can store the cubes in a Ziploc bag or other container. This makes it much easier to portion it out when you’re ready to use it in a recipe! If you want to be extra-precise, you can measure out a single tablespoon into each section of the ice cube tray so you’ll know exactly how much to defrost at a time.

The relatively recent history of aquafaba—it all started in a Facebook group—is a great demonstration of the power of ideas and the importance of sharing them in a wider community. (Although it’s a pretty sure bet that someone will eventually come along and try to capitalize on the whole thing.) Aquafaba was more of a tinkerer’s invention than a scientific discovery; in fact, there’s not much hard science behind it yet, although it’s clear the beany proteins and starches in aquafaba work like the proteins in egg whites, and could be useful in other applications as well.

Can you make meringue with aquafaba? How about angel food cake?

If all this sounds too good to be true, well…honestly, aquafaba can be a little finicky. Very few people have succeeded in making angel food cake with it, and even tried-and-true aquafaba meringues and mayo sometimes collapse or fail to come together.

Straining it through fine mesh, as previously mentioned, and making sure it’s just thick enough to resemble egg whites will help (gross as it may sound, it should be a tiny bit slimy). Aquafaba can be used as-is, chiefly as a binder in veggie burgers or baked goods like vegan sugar cookies, but most often it’s whipped.

The best tool for that job is a stand mixer with a balloon whisk attachment, or a hand-held mixer or egg beater. Allegedly, some intrepid souls with great upper body strength and endless stamina have hand-whipped aquafaba, but it’s not generally recommended. With an electric mixer, it should take anywhere between four and ten minutes, but let it go longer if it doesn’t seem stiff enough. 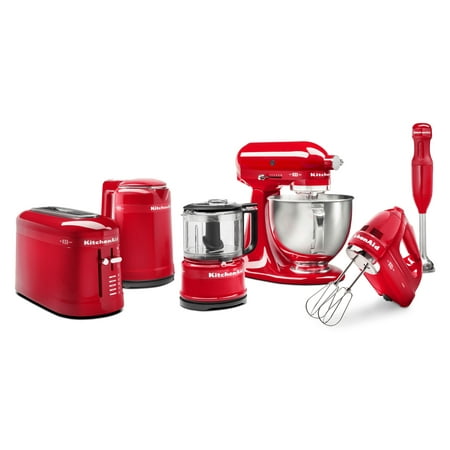 Another tip: as with regular eggs, keep your aquafaba away from fat until it’s in the state in which you want to use it. This means whip it into proper billows before you add any butter or oil, and even then, be aware that certain types of fat can destabilize your precious foam. It should be beaten to a stiff and glossy consistency before you add anything to it.

And then, when you start folding your whipped aquafaba into other ingredients, do so gently, being careful not to destroy all those airy little bubbles. It may be miraculous, but it’s not quite as stable as regular old eggs.

Perhaps most importantly, how does this miracle ingredient taste? Quite mild! Some people can still detect a slight beany flavor or aroma in finished dishes containing aquafaba, but there may be a psychological component to that. Try something with aquafaba without knowing it’s there and you probably couldn’t tell. If you are sensitive to it, though, you might prefer using the liquid from more neutral white beans.

Now that you know how to handle it (and obtain it and store it), stop throwing away the liquid gold that is aquafaba and try cooking with it. Perhaps one of these options will inspire you.

Yes, aquafaba does cocktails too! It lends the same foamy body to drinks that egg whites do, without any of the squick factor. Here, the aquafaba is vigorously shaken with sloe gin (a fruity red liqueur made from gin and plummy blackthorn fruit), fresh lemon juice, and simple syrup, and topped off with club soda, for a tangy-sweet and bubbly fizz. Get the Vegan Sloe Gin Fizz recipe.

You can use aquafaba to make vegan pisco sours and whiskey sours too!

These savory vegan crepes are thin yet fluffy and crispy at the edges, and filled with tomato, basil, and mozzarella (which you can also make yourself using aquafaba). If  you have more of a sweet tooth, aquafaba lightens up these eggless crepes with cinnamon apples and caramel, and these vegan chocolate crepes with hazelnut filling and strawberries too. But you can play around with whatever flavor combos you like, sweet or savory, once you’ve got your crepe technique down pat. Get the Tomato, Basil, and Mozzarella Vegan Crepes recipe.

This quick, one-bowl recipe makes vegan mayonnaise an easy reality. You can use it as a sandwich spread, of course, but it also makes a great base for salad dressing or aioli. It’s best in the first couple days after making it, but should last up to a week in the fridge. If you run into any trouble, check the comments on the recipe; chances are someone has a solution! Get the Easy Vegan Mayo with Aquafaba recipe.

Now that you’ve got something to spread on your vegan sandwiches, why not make this amazingly fluffy and tender brioche, which toasts up beautifully? Or, if you’d rather enjoy it on its own, you can simply pat on some vegan aquafaba butter, or a fancypants truffle and herb aquafaba butter. Get the Vegan Olive Oil Brioche recipe.

Fall is nearly here. What better way to welcome autumn than with Pickles & Honey’s caramel apple cupcakes, warm with cinnamon and brown sugar? The fluffy marshmallow frosting gets its lift from aquafaba, and a sweet drizzle of amber caramel caps them off. Get the Vegan Caramel Apple Cupcakes recipe.

Speaking of vegan marshmallow fluff, it’s worth highlighting Pickles & Honey’s stand-alone recipe for that glorious substance, because if you’re not a cupcake person, there’s so much else you can do with this. Like cover little clouds of it in chocolate, stuff it in fluffernutter sandwich cookies, or make vegan Rice Krispies treats! Or, you know, eat it straight from the spoon. Get the Vegan Vanilla Marshmallow Fluff recipe.

Crispy, fluffy, slightly tangy, golden vegan waffles are perfect for topping any way you like, with fruit compote or maple syrup or savory chicken fried mushrooms. For a yeast-free recipe that still uses aquafaba, try these cinnamon oat waffles with sweet potato butter. Or make aquafaba pancakes, if you prefer. And for a full breakfast feast, try making extra-fluffy aquafaba-enhanced vegan scrambled eggs to go along with any of the above. Get the Raised Vegan Waffles recipe.

This four ingredient ice cream is sweet and creamy but light and airy thanks to whipped aquafaba. If banana’s not your favorite flavor, you can use aquafaba to make vegan vanilla bean, chocolate, mango, strawberry, coffee, or peppermint ice cream instead. Feel free to stir some chocolate chunks into pretty much any of them. Get the Vegan Banana Ice Cream recipe.

Yes, you can make rich and fluffy chocolate mousse without any eggs! You can also make this peanut butter variation, which still includes chocolate in the smooth ganache top layer, and flaky sea salt for a lovely crunchy, briny contrast. Coconut cream is essential to the smooth, creamy consistency of the mousse, so be sure not to skip or substitute that ingredient. Get the Vegan Peanut Butter Mousse with Chocolate Ganache recipe.

If you like a fudgier, gooier texture, try these brownies with a hint of cinnamon. But these brownies are dense, super chocolatey, and chewy on the edges with perfect crinkly tops. In addition to aquafaba, which is used here without being whisked (i.e. as a simple binder), there’s a little bit of avocado for extra fat, but you’re only going to taste chocolate. These don’t claim to be healthy, which is actually kind of refreshing, but they are definitely delicious. Get The Best Chewy Vegan Brownies recipe.

Last but most certainly not least, we have meringue, the very thing that heralded the creation of aquafaba (since flax seed and soapwort meringues were hard to make and not that tasty). Once the magic of whipped chickpea brine became common knowledge, people developed lots of recipes using it: beautiful vegan pavlovas, stunning vegan macarons, and even vegan baked Alaska. This pie has a relatively thin layer of tangy lemon curd and a swirly billow of sweet, toasty, sticky, satiny-inside meringue on top. Get the Aquafaba Lemon Meringue Pie recipe.

A Guide to Pumpkin Beer, From Colonists to Craft Brewers