The Complete Guide to Quick Breads

What is a quick bread, exactly? Essentially, any loaf that is leavened with baking soda or baking powder instead of yeast (and/or the air trapped in beaten eggs). Banana bread is one quick bread example, but there are lots more loaves that fit the bill—cornbread actually counts as a quick bread too.

In fact, quick breads are a huge category of baked goods, spanning many flours, textures, sweetness levels, and personalities.

No, but they do often skew sweet. In a way, quick breads are a hybrid of bread and cake, a fact that suggests how versatile they are, and how adaptable. Add more fat, an extra egg, and up the sweetener, and you’ve got something that could stand in as dessert. Keep things lean, and a slice of quick bread is a fine-textured alternative to yeasted bread. Cornbread can go either way (more sweet, or less), but beer bread counts as a (usually) savory quick bread. 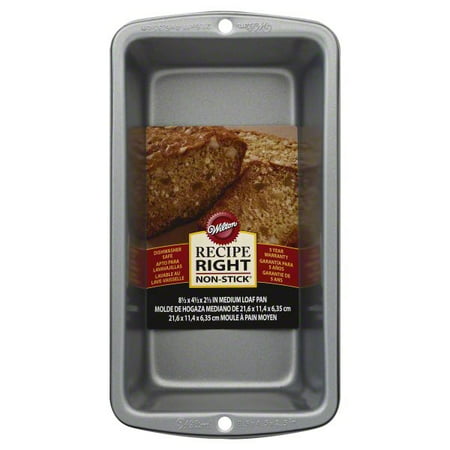 Most of them, sweet or savory, are baked in loaf pans, but even that's not a given.

Why are quick breads quick?

They’re quicker to make than yeast breads, though not exactly “quick,” the way we understand the word in this age of the wi-fi super-router. The reason baking soda–leavened breads came to be known as quick has everything to do with history.

A Quick History of Quick Bread

Before the U.S. Civil War, there were beaten biscuits, there were unleavened johnny cakes (a kind of cornmeal flatbread), and there were old-fashioned pound or sponge cakes, leavened by beating egg whites until fluffy and folding them into a batter, gênoise style.

Breads as we know them today, raised by baking soda, were unknown.

But in 1846, baking soda—sodium bicarbonate—showed up on the scene. New York bakers John Dwight and Austin Church released what would be known, popularly, as saleratus, a thing first refined in France in the 1790s. When incorporated into a batter containing vinegar or soured milk, saleratus would cause a simple chemical reaction that released gas bubbles, yielding breads and cakes with an open, minutely honeycombed texture that registered on the tongue as lightness. The quick bread was born.

A decade later, in 1856, there was a further innovation: baking powder, a mixture of a carbonate or bicarbonate and a weak acid (like tartaric acid, for instance), which meant you didn’t need to include an acidic agent in the batter itself.

By itself, baking powder might have been a useful niche product to a nation used to yeasted breads and labor-intensive baking. Then: the Civil War. Within a couple of years, the U.S. was scrambling to fill the gaps in a labor force decimated by war. Suddenly shortcuts, like “quick” breads that would obviate the need for the hand labor, were essential. America developed a liking for baking powder biscuits, for soda breads and scones.

In 1889, the first mega-brand of baking powder was born: Calumet, manufactured in what would come to be known as Calumet City, Illinois, has been leavening cakes, breads, and biscuits ever since. 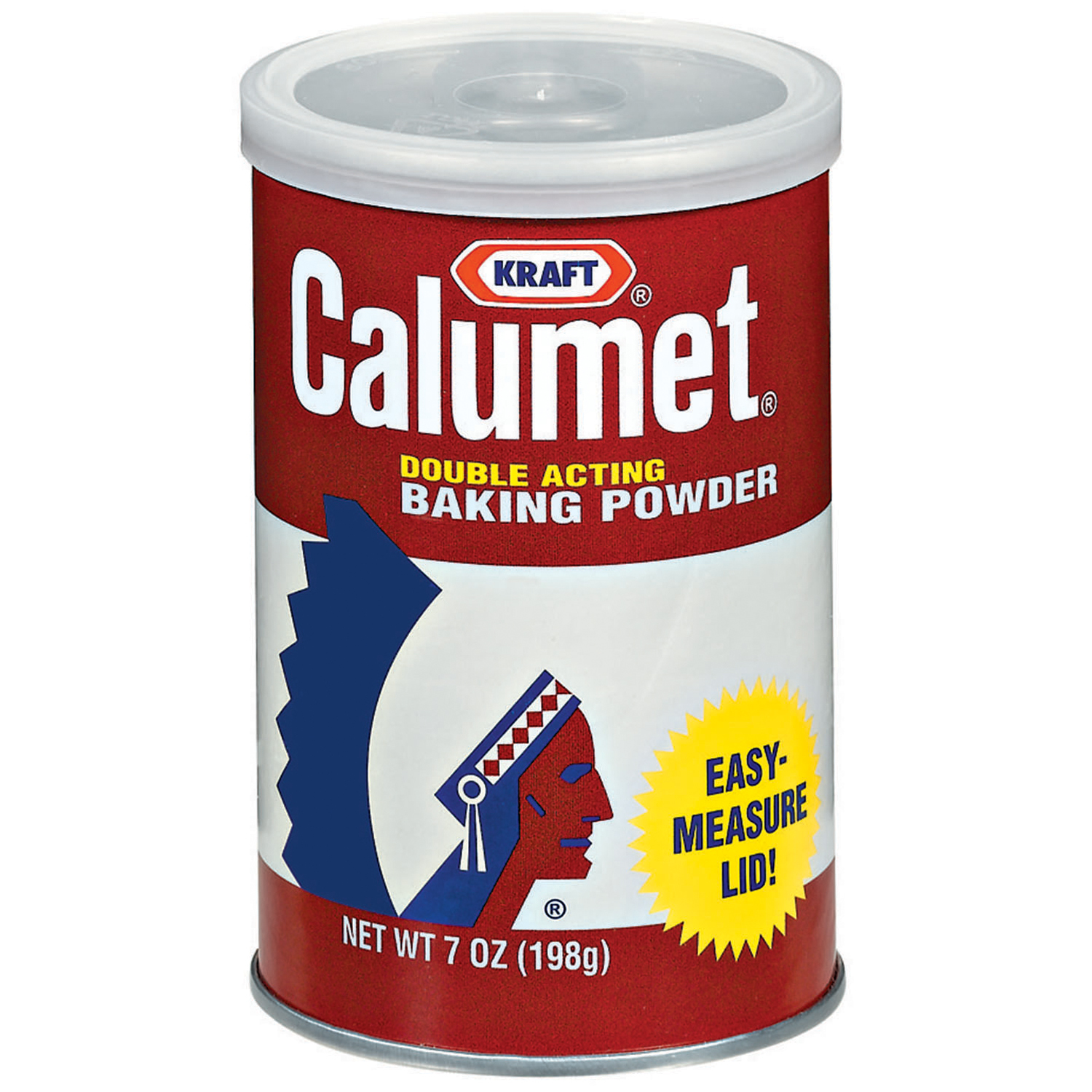 How does quick bread work?

Just like making pancakes, assembling a quick bread batter calls for two mixtures—from two separate bowls—becoming one. It’s so simple, so ingrained in every cook’s notion of mixing, it sounds a little ridiculous to break it down. You start by blending the dry ingredients in one bowl: flour, salt, ground spices, and the leavening agent or (if the recipe calls for a mix of baking powder and baking soda) agents. In bowl two, the wets: eggs, liquid fat, milk or other liquid—often acidic ones, like buttermilk or sour cream, to activate the leavening agent). Stir them together, mix in any chunky things, like nuts, dried fruit, or chocolate bits, and bake, in a loaf pan in a moderate oven.

What happens, mostly in the oven, is an act of chemical aeration. A weak acid meets a weak base, and a chemical reaction—the production of carbon dioxide—results. This, of course, produces air pockets in a dough, boosting volume and creating a sensation of lightness and softness on the tongue, while causing that familiar swollen and cracked top. Unlike yeasted breads, which undergo leavening from a number of conditions, all of which have to be working in the correct way, quick breads offer reliable results, time after time.

The combo of weak acids and bases is familiar to anyone who’s done any baking: baking soda (sodium bicarbonate)—the weak base—allied with cream of tartar, buttermilk or yogurt, or lemon juice, all weak acids. Quick breads that rely solely on baking soda as a base are often called soda breads, like the St. Patrick’s Day favorite, Irish Soda Bread. Baking powder, by contrast, contains both an acid and a base—all it needs is a liquid of some kind to start the reaction that produces carbon dioxide, and your quick bread is on the road to rise.

Here are the two main types of quick bread batters:

Also known as low-ratio baked goods, these have approximately a 1:1 liquid-to-dry ratio, known for the way they pour onto a griddle or into a waffle iron in a steady stream.

Here, the liquid-to-dry ratio is about 1:2. These are most of the recipes we associate with quick breads, the ones baked as loaves.

Cornbread in some form has long bean a staple on the North American continent. Native Americans ground corn into meal and flour, a major food source in some parts of the continent. European settlers adapted their own wheat-flour recipes to use corn meal: blue corn varieties in the southwest, yellow corn in the northeast, white corn in the south.

At first, unleavened johnnycake was popular—it was pretty basic, just cornmeal, water, and salt, baked on griddles. Later versions added fats like lard, and in the north, sweeteners—honey or molasses—became common. But when chemical leavening became possible in the mid-19th century, cornbread was never to be the same. Light, high, crumbly, and tender, cornbread as we know it today owes everything to the rise, so to speak, of quick breads.

We’d have to say banana bread is at least as popular when it comes to quick breads, and may even pull ahead in some circles. It makes sense, as it’s a great way to use overripe fruit, incredibly adaptable (for proof, check out these stuffed banana bread recipes, and banana bread mix-ins you already have in your pantry), and tastes like a bite of pure nostalgia. But it’s not the only sweet quick bread that earns our affections—nor is cornbread the only savory(ish) example we love. See all our favorites below.

A classic zucchini quick bread recipe spiced with cinnamon and nutmeg and packed with fresh zucchini. Get our Zucchini Bread recipe.

The only thing better than a quick bread with the autumnal warmth of pumpkin spice is one that also sports a delicious ribbon of chocolate. Get our Chocolate Swirl Pumpkin Bread recipe.

For purists. Blotting the pumpkin purée with paper towels ensures that this bread turns out moist but not soggy. Get our Pumpkin Bread recipe.

Tasty for breakfast, a coffee break, or dessert. Get our Pecan and Sweet Potato Bread recipe.

St. Patrick’s Day breakfast just wouldn’t be the same without a toasted and buttered slice of this traditional quick bread. Then again, soda bread is pretty great as a go-with for corned beef and cabbage, too. Get our Easy Irish Brown Bread recipe.

A spicy bread that’s perfect for dunking into soups and chili. Get our Jalapeño-Beer Cornbread recipe.

Orange zest and orange juice complement the tart cranberries in this easy treat. Get our Cranberry-Orange Quick Bread recipe.

Use up extra zucchini or summer squash in this savory version of zucchini bread flavored with feta cheese, oregano, and black pepper. Get our Savory Summer Squash Quick Bread recipe.

This savory French-influenced quick bread is packed with ham and cheese. Get our French Ham and Cheese Quick Bread recipe.

This simple quick bread has tons of banana flavor and comes together with ingredients you probably already have in the pantry. Get our Easy Banana Bread recipe.

Chunky peanut butter and honey give extra texture, flavor, and sweetness to this banana bread recipe. Get our Peanut Butter–Honey Banana Bread recipe.

Banana flavor, the complex sweetness of honey, and the charm of warm, slightly gooey chocolate chips, all in one loaf. Get our Chocolate Chip Banana Bread recipe.