[San Francisco] Central Kitchen or Tosca for dinner with in-laws?

They're visiting from Orange CA and say that they want "new american" which I assume they've acquired from yelp and don't really understand what it means. I'm interpreting it as more inspired traditional american and/or seasonal cal-cuisine in the vein of Nopa or Frances; ie. standard three-course meat-fish-protein-veggie kind of place. They don't enjoy fixed-prix or degustation menus and prefer to play it safe, avoiding unfamiliar flavors and complicated ingredients. From what I gather, they don't particularly like to be challenged by menus and what they consider modern and inventive in Orange, doesn't necessarily translate to inspired cooking in San Francisco. We took them to AQ on their last visit which was out of their element. The restaurant had just switched to tasting menus which didn't go over well but once they got past the concept, they ended up loving their meals, thankfully. I really wanted to book Rich Table this time around as it seems like the perfect middle ground for everyone but I waited too long and that ship has sailed. I currently have reservations at Tosca and I see that there's availability at Central Kitchen as well... I'm trying to decide which would be better suited. I think they'd enjoy the atmosphere at Central Kitchen more than Tosca, which is ironic because I would have chosen Tosca for the opposite reason. They like to have the illusion of eating really upscale at moderate prices (they would never shell out for a place like Quince for instance - again I suspect a suburban OC symptom) so I think that a dedicated dining room with strong service factor in heavily. I have no clue how Tosca would go over to be honest. Creative cocktails are also important to everyone. Noise level isn't really a factor unless it's extreme; they haven't yet joined the silver haired set. I've also considered Bar Tartine which I admittedly have not had great experiences at on past visits but I suspect that I haven't ordered right (I've been two or three times when it first opened several blocks from our old apartment, but I avoided lot of the Eastern European influences on the menu which seem to be focal and a strength of the kitchen) so I'd like to return. I'm not sure if it would be appropriate to do so with my in-laws though. I'm having a difficult time deciding on a restaurant as they have fairly high standards despite being relatively safe (no unusual meats or seafood) and picky eaters. I guess the determining factor will rest with your own opinions of "the strongest" kitchen out of the three, in terms of quality, consistency, and creativity. Right now the options are Tosca Cafe, Central Kitchen, and Bar Tartine.

Feeding Finicky Kids: Tips & Tricks From a Mom Who Feels Your Pain 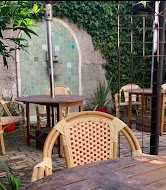 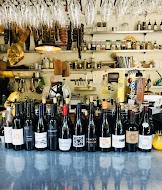