I dropped into the Hatfield's new digs last night for dinner at the last minute, really glad they didn't turn me away even though I showed up at 9:57 (and they close at 10:00). It was a pretty good meal, with some great highlights!

The Farmer's Daily Dozen is basically a salad of 12 vegetables with a lime vinaigrette on top and a pepita butter on the bottom. I didn't count the vegetables..it may be metaphorical, but there were a lot of different ones. At least two type of lettuce (butter and romaine), watermelon radishes, cauliflower, two types of squash, roasted carrots, nettles, pumpkin seeds, arugula, etc... it was a fascinating, HUGE salad. I thought the interplay between the sharp, tart lime notes on top with the heavy, musty savor of the pepita butter was one of the most interesting contrasts I have ever seen in a salad, plus the use of both roasted and raw veggies that mirrored that light/heavy contrast, as well as the use of light veggies like the lettuces, with the heavier squashes and carrots. My only dislike was how huge it was, had to box up half of it to even get to the other dishes.

The meat was churrasco roasted sirloin cap with grilled onions and horseradish cream. The meat was very tender, maybe a level of two shy of "melt in your mouth", but also felt pretty soft. It had a very defined meat-tartness, and was a little gristle-y in the fat sections, though the fat was still properly cooked for the most part, and quite flavorful, imbued with a healthy amount of char from the flames. The horseradish cream was perfect, being hand-whipped, and thus perfect texture, while not overpowering with the horseradish, and hence to the meat. The crispy onions were the masterpiece of the dish though. They were effectively super light onion rings dusted with some kind of sweet/spicy powder. I don't know that I have ever tasted crispy onions that sang with such flavors, like a choir singing praises to the almighty in a sublime mode of worship! If not for those onions, the dish would have been rather pedestrian, and yet somehow they lifted it into a new level of food-dom.

The dessert was absolutely wonderful though. Strawberry rhubarb compote, with hand-whipped cream underneath little vanilla pavlova shells with tiny quenelles of pistachio sorbet, and pistachios on top. This is actually what I really wanted, so I took home half of the rather generous portion of meat as well to save room for it, and the manager was kind enough to send it out for free to me! It looked SO cute, and it tasted even better. The pavlovas had a wonderfully effervescent sense of vanilla that coated your mouth, the pistachio sorbet was a very light flavor, and perfect in texture, not being icy at all, while the crushed nuts added in that more pungent, earthy flavor. All set against the perfectly soft cream, and the luscious sour/sweet of the strawberry rhubarb compote which may have struck the most deft balance between the strawberries and rhubarb that I have ever seen in a rendition of the staple.

Fino sour. I also really wanted this. The only sour with sherry I have seen in LA. It was just as good as I imagined, with the sherry rounding out the usual sour notes, and an extra fluffy egg white peptin froth =)

Vendome Sling: candied olive on top was magically saccharine, and slightly salty. The underlying mixture was lacking the cherry that was promised though, and was overly astringent. I messed up by having it with dessert. However, the lime and ginger beer made it was great drink to end the meal on for their digestive properties.

Overall, it was a strange dinner. I often found myself feeling like certain things could be improved, but at the same time nothing really fell close to "bad", it was just that some things seemed really great (like those onions) while other elements seemed content to be merely "good". I will say that the word that defined it was "fun" though. The food didn't seem to take itself too seriously, despite being serious food, and it seemed like the dishes all had a kind of whimsy to them. The aesthetic of contrasts, and a focus on the smaller elements of the dishes was enough to want to come back for. My main criticism of the place is that for being a meat-driven place they don't feel like they are that focused on the meat. The other elements seem to make up for that fact, but I can't help thinking that if the meat was prepared with the same skill as the accompaniments, that this could be a truly great restaurant through and through. I base this sentiment off my own experience, other reviews I have read that are consistent with that fact, and a conversation with staff about how the best elements of the dishes seem to be what accompanies the meat. The exception seems to be the famous short ribs, which sell out very rapidly now.

Additionally, on a love/hate note: I personally found the portions here almost overwhelmingly large. For many people this will be a source of praise, but I personally would like more attenuated portions to be able to try more of the whimsical menu. I felt a little bit bored by the time I was halfway through each of my dishes. Whether you love or hate this fact will be determined by your preference for eating style. Given that prices are almost the same as much small-plates places I suppose you can imagine this to be a good thing as it is a relative-bang for your buck, also it may be mainly an issue as a solo diner. It felt like I was eating a more traditional: appetizer/entree/dessert kind of meal, which was strange to me, but that may have been different with more people, or you might be the kind of person that is longing for that style of meal, if so, Odys & Penelope is an excellent dining option for you!

They add in an automatic 18% service charge, but there is no tip line on the receipts. Service seems very relaxed and casual. Everyone is very friendly, especially the manager. Though sometimes this might come across as inattentive if you are not used to this style of service, but anyone dining in Los Angeles ought to be used to that. Servers seemed friendlier than other places though in general.

My total for everything I had was $77.17 (would have been $88.67 with comped dessert, I would have tipped extra on comped item usually, but didn't have cash, and there was no tip line on the card, so I could not). $30 of that was drinks, so I estimate that it costs roughly $50-$60 per person for food after tax/tip to eat at Odys & Penelope, which is about average, or perhaps even slightly under for this level of cooking, and ingredients, plus the generous portion sizes. 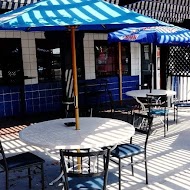 What are you baking these days? September 2021 Edition

Updated 5 hours ago 205 comments
Baking What Are You Baking? Fall