Take me to my post
Restaurants & Bars
Mexico Mexico City

Thank you everyone who helped make my trip a delicious one! This was my first trip to Mexico and I really like the place, the people and of course the food! Here goes:

Pujol: We enjoyed this quite a bit. The cocktails were good. I liked most of my meal. The only courses I did not think were up to the mark was one where I got the soft shell crab and the dessert. The latter wasn't bad or anything. It just didn't wow me. Other than that, I would recommend this.

Quintonil: This was a very good meal. The only thing is that it took quite long between some of the courses which tends to get tiring after a while. Other than that, it was good. This was the first time I tried a soft shell crab that wasn't fried and I liked it a lot. I thought they did desserts better than Pujol.

Contramar: I really liked the tuna tostada. Also tried one of the aguachiles and the fish, half with the adobo rub and half with the parsley rub. Pretty good. They had run out of their famous fig tart when we ate so I asked them if I could come back the next day and get it to go and they said yes. When I came back the next day, not only did they pack one up for me but they refused to let me pay for it! They thanked me for coming back just for the dessert and said that it was compliments of the manager. Great service!

Pasilo de Humo: Along with La Teca in Oaxaca, probably my fav. mole negro (I got it with chicken) and my fav cafe de olla. Wasn't a big fan of the pan de yema (honestly, I don't think I had a version that I particularly liked anywhere so it could just be my palate). I also tried one of the Tlayudas (I forget which one but it was flat, not folded in the middle) which I thought was good but I really loved the mole. I wish I had more time to go back and try some more of their dishes. A definite recommend. Oh and they switch to their comida menu at 1. I went there around noon and had to go back.

Fonda Margarita: I feel this place is as much about the atmosphere as it is about food. I tried the famous refritos con huevos (as did everyone else in the restaurant from what I could tell :). It was unlike anything I've ever eaten. I liked it. Also tried the Cerdo en Verde which I wasn't a big fan of mostly because it was a little too tart for my taste. They were out of churros and I thought their cafe de olla was just OK.

Los Sifones: Went here for a late night meal. The Molcajete Caliente was really unique and I liked it. Tried a bunch of other things as well which I thought were all pretty good.

Tostadas de Coyoacan: What a massive place in the market! They occupy like 6-7 stalls there. Tried the chicken tinga, mole and the ceviche tostadas. I think I liked them in that order. It wasn't the best mole my any stretch of imagination but the overall dish was pretty good.

Tacos Los Cocuyos: This was an interesting experience. Tried a whole bunch of stuff (unfortunately, they did not have some things like eyes). Think I liked the brains the best. However, something that both my friend and I felt was that their meat to taco ratio was a little off. Too much taco, too little meat. Not sure if it's possible but if I were to go back, I would pay a little extra and get some more meat or try and take off one of the 2 tortillas and use just one in my taco.

Taqueria El Greco: My first meal in Mexico. The flavors were on point and their green sauce I thought was amazing. However, one common aspect in all the things we tried was that their meat was a little chewy. Not sure if that had to do with the cut of meat, the amount that it was cooked but personally, I would have liked it to be a little less chewy.

Super Tacos Chupacabras: My fav. tacos in Mexico! We got one of each kind. I noticed there was a 'Super Tortas Chupacabras' in the same area. Does anyone know if it's owned by the same folks and if it is then how's it?

El Huequito: I didn't get this place. It's super popular but I thought my taco was pretty flavorless.

El Vilsito: Probably my least favorite meal in Mexico City. Did not quite understand why is it talked about and written about so much.

El Turix: Went here late. Tried the cochinita pibil in a taco and a torta. I liked it but for some reason, I felt it was a little lemony. Not sure if it's supposed to be like that or if it's just my palate.

El Hidalguense: Tried the barbacoa. I liked it.

Limantour (Polanco location): We had a great time here. Our bartender was very creative and after we got all the drinks on the menu that we wanted to try, he went off menu and got pretty creative (he used green salsa in one of my drinks when I asked for something savory). I don't think they were the best drinks I've had but still very good. Great service!

Xaman Bar: Definitely one of the most creative bars I've been to and probably my favorite cocktails in Mexico. Again, we tried a bunch of drinks on the menu and then we went off it. We shared some shots with the bartenders (one of which was Raicilla which was interesting to say the least) and had a pretty fun time there.

Baltra Bar: Tried a cocktail and a couple of mezcales. The service was top notch but I liked the other bars I went to better. I would give them another chance though since they were really crowded and we did not sit at the bar like we did at other places and with cocktails, I feel interacting directly with the bartender tends to have a positive affect on your drinks.

Hop The Beer Experience 2: Good place if you'd like to try some local beers. Tried a 'white stout' for the first time.

Pulquería Los Insurgentes: Pulque I felt is an acquired taste, esp. the natural, unflavored version. I tried it at a few places and probably liked it the best here.

Panadería Rosetta: Really wanted to try the Bollos de romero but they were out of them (I tired two locations). Tried the almond roll, the guava-ricotta roll and another pastry that I forget. They were all good but nothing spectacular. I think the guava was my favorite.

El Moro: I haven't tried a lot of churros but I liked their version. They were a little more cooked than the ones I've had in NYC. The warm ones were much better than the ones that had been sitting for a while and were room temperature. Also tried a couple of their chocolates (I forget which ones). I thought they were good but nothing special.

Almanegra Café: Tried a chemex here. Really good coffee. In general, the coffee in Mexico blew me away! 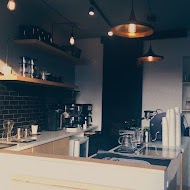 Is my biscuit supposed to look like this whole baking? (Oil coming out)

NOVEMBER 2021 Cookbook of the Month NOMINATIONS

Updated 1 hour ago 117 comments
Halloween Baking What Are You Baking? Fall