disastrous meal at The Marshal

We had a 6:00 PM pre-theater dinner reservation on a Saturday evening. We were not seated until 6:40, while waiting in the cramped "bar" area. Hostess insisted that we should have been told that reservation times are not guaranteed because it is a small restaurant, but we were never told that either of the two times I called. In any case, lots of small restaurants know how to time their reservations, with greater courtesy.

We finally ordered our meals while waiting at the bar, and when finally seated, watched while several people who sat down after us were served their meals ahead of us. When the entrees finally appeared, the fish was very dry and overcooked, the short ribs were so fatty that the meat was almost impossible to find. The rest of the food was forgettable.

Service was haphazard, when a waitress could be found. Nobody seemed to know who was taking care of our table. At one point, the music was suddenly increased to a volume where we had to scream to get anyone's attention. All in all, it ranks as one of the single worst dining experiences.

To be fair, the owner came over as were getting ready to leave and comped our meal, and the hostess came running outside after us to apologize, saying they were short staffed that evening. All in all, a poorly run restaurant with disappointing food in cramped surroundings. 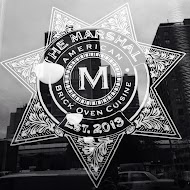