Was running late and could not make my original plan to try Curry and Wok, so figured, you can't really mess up Wings at a wing joint...

Oh yes you can. $9.50 for 10 Wings. Celery is an extra 60 cents although they are kind enough to throw in the blue cheese dressing for free.

Did I mention the celery looked like it had been cut three days ago and that the ends were so soggy, mushy and waterlogged that I asked for a replacement. The replacement was marginally better but still pretty gross.

I asked for the slightly spicy wings. The sauce had some funky off taste. Just poor choice of hot sauce, yuck. The wings were not quite fresh enough, and on top of that really needed at least another two minutes in the deep fryer. They were not crunchy, and the meat was just barely done.

Stay the heck away, Wings Over Arlington sucks!

Do You Know the Difference Between Hot Wings and Buffalo Wings (Besides the Blue Cheese Dressing)? 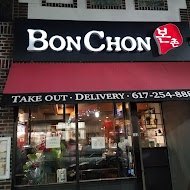