4th of July is the perfect time to sample some amazing American-made booze brands including wine, spirits, and, of course, beer. We rounded up a few beautiful bottles to try this summer—all made right here in the USA.

check thisBlack-Owned Culinary Businesses to SupportKentucky bourbon whiskey is widely thought of as the most prominent and popular liquor to originate here—our very own “native spirit”— while the west coast has long churned out some of the world’s best wines including bright summer reds and whites. And then there’s beer. The U.S. has more amazing craft breweries than the rest of the world combined (probably). So yeah, you’ve got options. Here are some of our favorite American-made beers, wines, and whiskeys (and even a few vodkas) to try for the 4th of July. Many are smaller producers we think deserve more attention, including and a few Black-owned distilleries making a big splash on the scene.

Whiskey just feels right for the Fourth. And sure, we dig American mainstays like Maker’s Mark and Eagle Rare but they’ve pocketed plenty of our coins over the years. There are truly tons of great up-and-coming whiskey producers worth checking out this summer.

There’s a good chance you’ve never even heard of this Tennesee whiskey producer but they happen to be the most-awarded American whiskey or bourbon of 2019, including World’s Best in the 2019 World Whiskey Awards for its Premium Aged Whiskey. The emerging distillery is one of very few helmed by a Black woman, Fawn Weaver. The brand takes its name from Nathan “Nearest” Green, an enslaved man who distilled whiskey in the 1850s and even taught a young upstart named Jack Daniel the craft.Buy Now

My dad (a moderately staunch Jim Beam drinker who swears it’s as good as anything) and I had a tasting of Beam and Balcones Texas Bourbon recently. No shade to Jim Beam, a fine bourbon at a fine price, but even my dad had to admit it was the superior pour.Buy Now

Related Reading: What Is the Difference Between Bourbon and Whiskey?

The Virginia Distillery Company distillery partners with local beer breweries to finish its marriage of Virginia-Highland Whisky in beer barrels for roughly a year. The result is a clean golden whiskey with apple, vanilla, and banana notes; a muted spice, and bready finish.Buy Now

This spicy rye whiskey made in, you guessed it, New York is rich and complex with black pepper that slides into a sweeter buttery finish. It has some national distribution and can be found almost anywhere in the northeast and of course, online.Buy Now

A little distillery that could: This operation started up in the smallest of the 13 original colonies, Rhode Island, about a decade ago. They make a few smooth-as-heck whiskeys and even a few vodkas and malted drinks, but for my money, the cask-strength bourbon is the best bottle that comes out of this distiller’s doors.Buy Now

If you think there are a lot of new whiskeys on the scene, your head will explode trying to get a handle on all the American microbreweries dotting the map (over 7,000 at last count). What’s more, if you’re trying to reconcile your love of beer with a low calorie or low carbohydrate lifestyle for summer, there are a ton of fantastic new low-carb beers on the market, too.

This may sound like anything but an American brand but the brewery is actually based in Wisconsin and was founded back in 1867. Their fresh and sassy shandies can be found nationally, especially during summer months, and for good reason. It’s light and fruity but not overly sweet and so still awfully refreshing on a hot summer afternoon.Buy Now 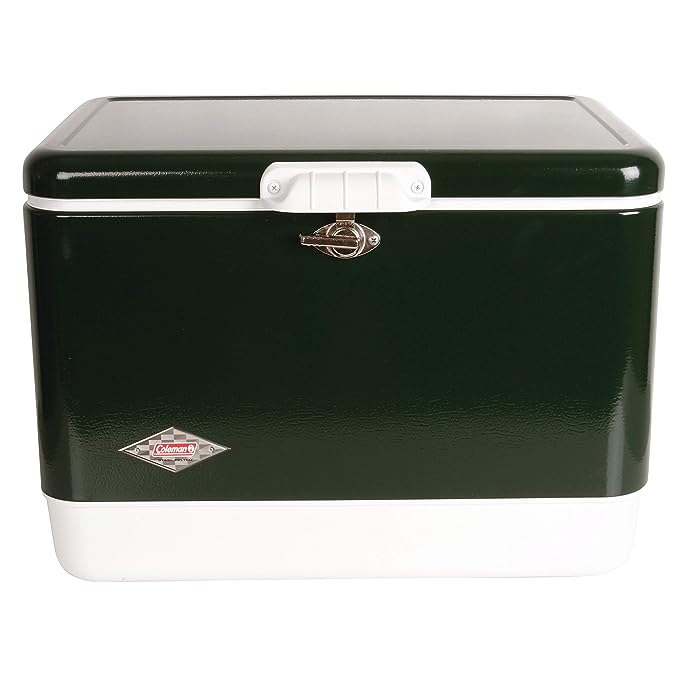 A slick, durable cooler to house your summer BBQ booze.

This is one of the better low-carb beers to hit the market in recent years. Slightly lighter than your average IPA but with a nice balance, and just 4% ABV so you can drink responsibly, but also endlessly.Buy Now

Related Reading: The Best (and Worst) Spiked Seltzers for Summer

Ballast Point is a nicely balanced lager for all your summer BBQ and Fourth of July needs. It’s made in San Diego and can be found nationally. It’s clean drinking and if you’re drawn to Budweiser, Heineken, or other medium-bodied lagers, give Ballast Point a shot to change things up and support a smaller brewery.

If you’re more of an ale drinker, Narragansett’s Fresh Catch is a very sessionable golden lager made by the historic Rhode Island brewery. Fresh Catch is dry-hopped with fragrant citrus notes and a clean finish. As the can implies, this American-made beer goes great with fresh seafood on a hot summer afternoon. Buy Now

A lovely and crisp drinkable golden ale hailing from one of the most important sites of the American Revolution, Summer Love is a beach- or BBQ-ready seasonal from Philly.Buy Now

And lest we forget the wine. It’s not news that this great nation is chock-full of fabulous wineries (even if most happen to reside on the west coast). Here are a few perfect for summer as recommended by our editorial team.

Our Editor at Large Joey Skladany‘s go-to red for any special occasions or fancy summer BBQs. Smooth, easy-drinking, and pairs well with grilled food. At $38, you may not want to stock an open bar with it but it’s the perfect bottle to bring as a gift.Buy Now

Viognier is Virginia’s signature varietal and a fun one to try for such an American holiday, says Vachon. Full-bodied with tropical fruit, this Virginian will please many a palate.Buy Now

A to Z Wineworks

One of my personal favorite summer whites. If you’re cooking up some fish along with your dogs, burger, and BBQ for the Fourth, this Oregon Pinot Gris with tropical notes and a balance of acidity will make the perfect companion.

Du Nord Craft Spirits is a Black-owned and operated line of fine spirits made in Minneapolis and their vodka, along with an equally fresh gin, have won some very prestigous awards. If you’re in the area, pick up a bottle at a local package store for your 4th of July festivities.See Now

Tito’s isn’t exactly a small producer anymore but continues to be one of the best stories in booze over the last decade, plus. Smooth as all get out, this American vodka producer out of Austin, Texas has always given back through big charitable donations and other programs. An American liquor brand you can truly feel good about spending your coin on.Buy Now