What Is the Difference Between Pho and Bun Bo Hue?

They're both brothy, full of noodles, and garnished with a garden of fresh herbs.

When most people (outside of Asia) think of Vietnamese cuisine, a few dishes generally come to mind. Pho, a traditional peasant noodle soup with vermicelli (rice noodles) and thin fragrant broth, topped with sliced pork or beef, fresh herbs, and bean sprouts is certainly one of them. But a lesser-known cousin with a notable kick has gained favor over the years. Bun bo hue may not be as widely known a noodle soup as pho, but it’s earned the adoration of Vietnamese food junkies and chefs alike. So what is the difference between pho and bun bo hue?

Both of these delicious Vietnamese noodle soups can be found on most Vietnamese menus, along with spring rolls, bun cha, banh mi, and some other usual suspects, and though not without similarities and overlapping ingredients, there are some very important distinctions that greatly affect both dishes and their final flavor.

Pho is generally made with a broth cooked from beef bones, simmered for as much as a day for full flavor. The broth gains a unique flavor from a combination of garlic, star anise, clove, and cinnamon. From there the hearty soup is assembled by lading the hot broth over fresh vermicelli, a thin rice noodle, topped with sliced beef (traditional), fried tofu, chicken (pho ga), grilled pork or pork belly, and garnished with bean sprouts, Thai basil, lime, sliced chili, and other fragrant foods. You’ll often find the soup served with heating agents like Sriracha or sambal as, on its own, pho does not have much heat.

Pho is thought to have originated in the northern city of Hanoi and was refined and adapted over the years as its popularity spread, and via the outside influence of colonialism. Distinct versions can be found in the various regions of the tropical Southeast Asian country. With an ongoing Vietnamese diaspora, largely from war and geopolitical unrest, pho has gained an almost cult following around the globe, and you can now find authentic and dedicated pho restaurants in nearly every major city in the U.S.

Bun bo hue, also a Vietnamese soup with vermicelli noodles, originated in the central Vietnamese city Hue. Similar to pho, the broth is made by simmering beef bones (or sometimes pork bones)—the longer the better—and is seasoned with a combination of lemongrass, fermented shrimp paste, sugar, and chili oil, giving it a heat not found in authentic pho. The 411How To Avoid Tourist Trap RestaurantsAlso like pho, bun bo hue is topped with thinly sliced beef or Vietnamese pork, fresh herbs including cilantro and Thai basil, lime wedges, and onion, but instead of thin vermicelli, bun bo hue is often served with thicker rice noodles and topped with cubes of gelatinous congealed pig’s blood and sliced banana blossom. Other ingredients added to the flavorful soup include mung beans, bean sprouts, hoisin, red cabbage, and bun cha.

Less is known about the origins of this popular Vietnamese noodle dish, other than where it was first made and served, in a former capital city called Hue in central Vietnam. It is widely regarded for having a careful balance of sweet, salty, spicy, and umami flavors—or high flavor “amplitude” as a food scientist might suggest.

Though neither requires advanced technical abilities to prepare, they do certainly demand time for a proper and flavorful broth to develop. If you’d like to try your hand and making either of these Vietnamese noodle soups find a few of our favorite recipes below.

This recipe includes a few handy shortcuts and subs in chicken for traditional beef broth. A healthy meal and perfect for a quick weeknight meal on a cold night. Get our Easy Chicken Pho recipe.

This balanced bun ho hue recipe is adapted for the Instant Pot, from the version chef Jimmy Ly makes at his restaurant, Madame Vo. It may be a little less traditional, but it’s absolutely delicious. Get our Bun Bo Hue recipe. 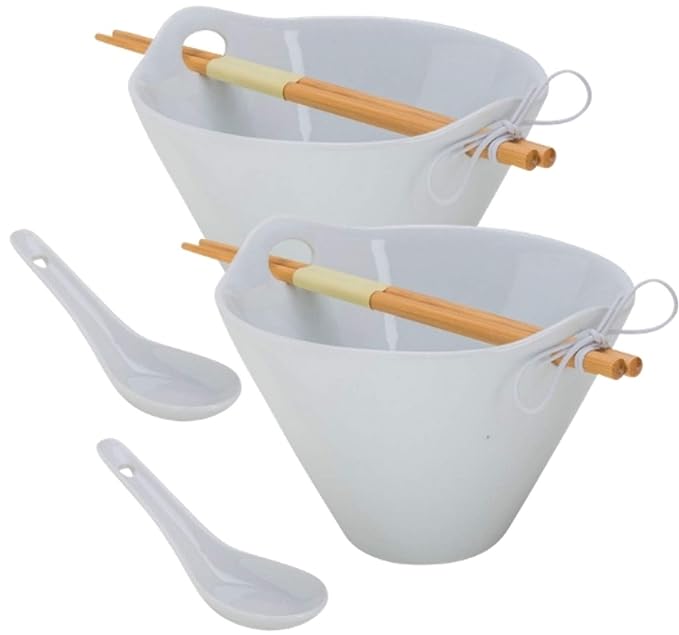