Eggs, potatoes, hash browns, bacon, pastrami, green chili, cheese, tortilla, and/or none of the above.

When you imagine “breakfast burrito,” you might imagine something different than the person next to you imagines. Your perspective depends a lot on where you grew up, what you think is spicy, and especially what you consider to be “breakfast potatoes.” In its shapeshifting, the breakfast burrito is a true rise-and-shine dish: It allows you to choose your own adventure every time the sun comes up.

Roll With ItWhat Is the Difference Between a Burrito and an Enchilada?As for traditional burritos, most people date their invention to the turn of the 20th century in Sonora, Mexico. Flour tortillas were used because Sonora produced a lot of wheat. Early adopters threw leftovers of rice and beans into flour tortillas and carried them about their days. Even in the beginning, it was a true kitchen sink mentality.

The burrito took off in the U.S. in the 1950s. It was then that frozen burritos were invented by the same guy who sold frozen burgers to McDonald’s. The popularity of burritos in the U.S. first took hold in Southern California.

A restaurant in Santa Fe, N.M. claims to have been the first to put the words “breakfast burrito” on its menu in 1975. I spoke to Nick Maryol, owner of Tia Sophia’s, about what, if anything, constitutes a breakfast burrito. His father, Jim, was the man who unofficially coined the concept.

The child of Greek immigrants, Jim Maryol grew up in Albuquerque. After serving in Vietnam, he moved back to Santa Fe to open Tia Sophia’s. His son, Nick, says both Greek and Latino cultures influenced Jim’s perspective and his restaurant.

In the early days of the breakfast burrito at Tia Sophia’s, Jim Maryol made eggs optional. He basically sold people traditional burritos in the morning—but added hash browns.

Tia Sophia’s has maintained its basic model since 1975, but has added more and more options for consumers. The restaurant sells many “breakfast burritos without tortillas,” which Nick Maryol admits “are really just breakfast bowls.” Recently the restaurant added a local favorite to include in its offerings—fried bologna.

Maryol believes what makes New Mexico breakfast burritos distinct from those across the country is their chili: One of Tia Sophia’s most popular burritos is a Christmas Burrito, a large burrito covered in a festive mix of red and green chili.

A few other regional styles dominate the American West. Here’s a rundown of some of the most notable ones:

Mission burritos tend to be overstuffed with rice and beans, and the breakfast kind are no different. Wrapped in flour tortillas, some offer multiple meats rolled into in one (bacon, chorizo, and ham). Unlike in New Mexico, potatoes tend to be traditionally cubed breakfast potatoes, not hash browns.

San Diego is responsible for putting french fries in burritos, so you’ll find a handful of those types in breakfast burritos too. Hash browns and steak comprise many great San Diego breakfast burritos—and many come with spicy chipotle sauces.

In 2017, the Mayor of Denver declared the second Saturday of every October be Breakfast Burrito Day. That’s how much Coloradans, like myself, appreciate one of our favorite morning meals. Colorado’s breakfast burritos run the gamut, but many are served wet in green chili and cheese. Expect few spins on eggs or potatoes. Most burritos are packed in scrambled eggs and cubed breakfast potatoes, not hash browns.

L.A. has always been a burrito city: The word “burrito” first showed up in the Los Angeles Times in 1958. As for breakfast burritos, L.A. celebrates a swarm of styles. One of the most popular is from Cofax, a small coffee shop in the Fairfax District where they stuff burritos with potatoes and tortilla chips. Eggs can be made whichever way you prefer. In recent years they brought pastrami to the menu, adding a tempting alternative to bacon. Of course, most breakfast burritos in L.A. will come with optional avocado. There’s no way around that.

So, no. There’s nothing that particularly distinguishes a breakfast burrito from its posers. As long as you’re creating something hot and fueling that brings you joy, you’re in the clear. 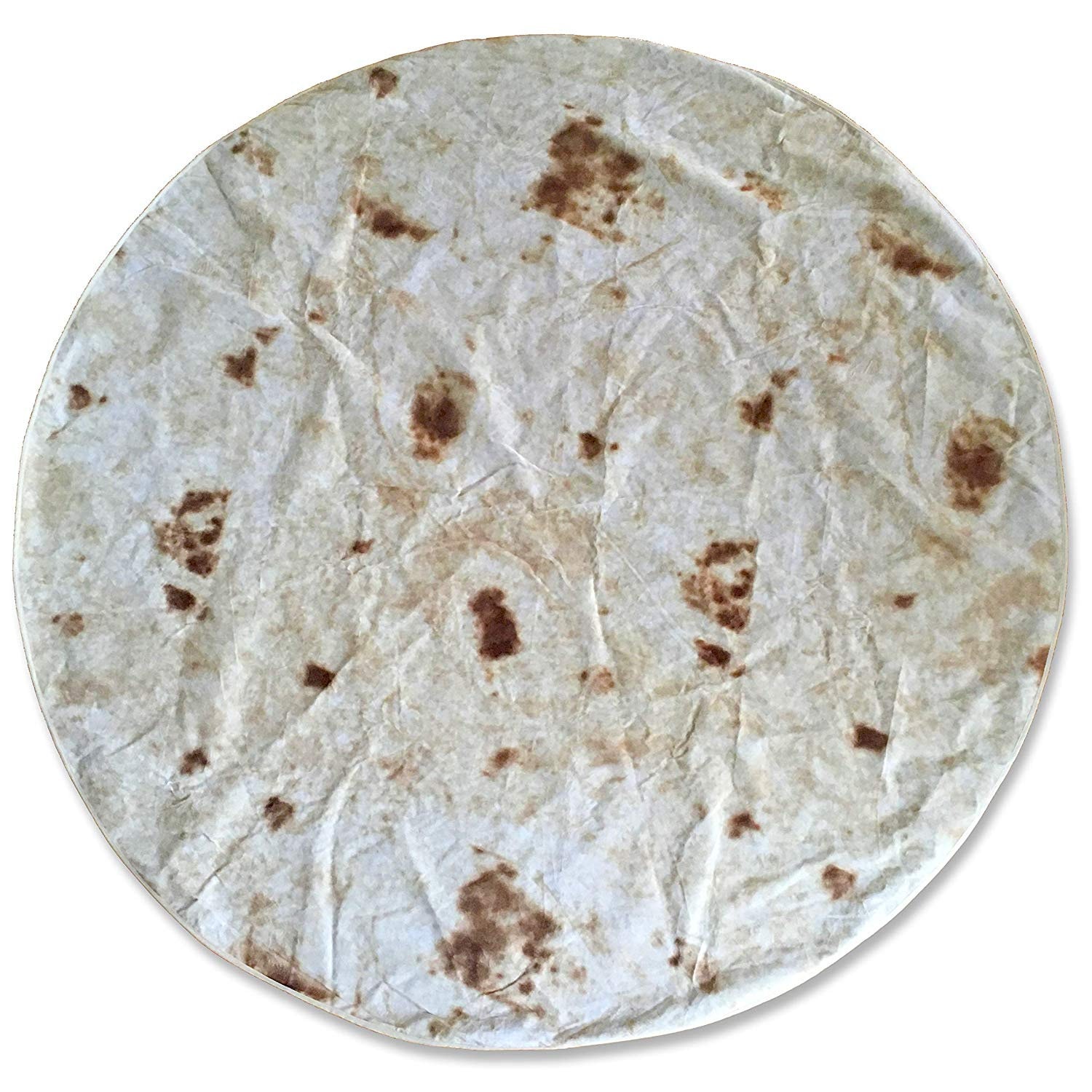 Be a burrito any time of day when you wrap yourself in this tortilla-print blanket.