What Is the Difference Between Bomb Pops and Firecrackers?

Looking for the perfect (and no stress) 4th of July treats for the kids (and let’s face it, adults too)? Ah yes, those red, white, and blue ice pops to the rescue…again. These frozen, tri-color treats are a hallmark of summer and an iconic 4th of July staple, and whether you’re buying them straight from the ice cream truck or in the freezer aisle at the grocery store, there’s no better way to cool off after a hot, sweaty day.

Maybe you know them as Bomb Pops or perhaps you lovingly refer to them as Firecracker Popsicles, or it’s possible you haven’t been paying attention to the proper names of everything you’ve been eating since childhood. Either way, as surprising as it may seem, several subtle variations of this icy delight do exist. Allow us to explode your mind with this breakdown and feel free to put on some soothing tunes via the The Bomb Pops—a Southern California pop-punk band—while we do.

Related Reading: The Trader Joe’s Snacks You Must Try This Summer

The original version of these patriotic pops dates back to 1955 when D.S. “Doc” Abernethy and James S. Merritt, founders of the now-defunct Merritt Foods, created the Bomb Pop. The cherry, lime, and blue raspberry ice pop was an instant hit and faced virtually no competition for over three decades. The company is now owned and operated by Wells Enterprises (best known for Blue Bunny ice cream) and they’ve since released eight main flavor variations.

It took until 1989 for a new frozen confection that vaguely resembles a pyrotechnic device to hit the market. That’s when the Firecracker Pop was introduced by the Popsicle brand, a subsidiary of Unilever. Yes, it’s another weirdly striated, similarly tri-flavored form of water ice on a stick. Sure, they swap out Bomb Pop’s lime for “white lemon,” but the difference is essentially semantic. I swear they taste exactly the same. Beyond brand, you’d be hard-pressed to differentiate between the two in a line-up.

Ironically, despite Bomb Pops existence prior to Firecrackers, Unilever sued the brand in 2014 for false advertising, alleging that their packaging “mimics and imitates” that of Firecracker Popsicles. There were similar design elements at play for sure—three angled red, white, and blue pops on each box—but to a certain extent, isn’t that expected when your products are nearly identical? This resulted in a cease and desist letter to the company. 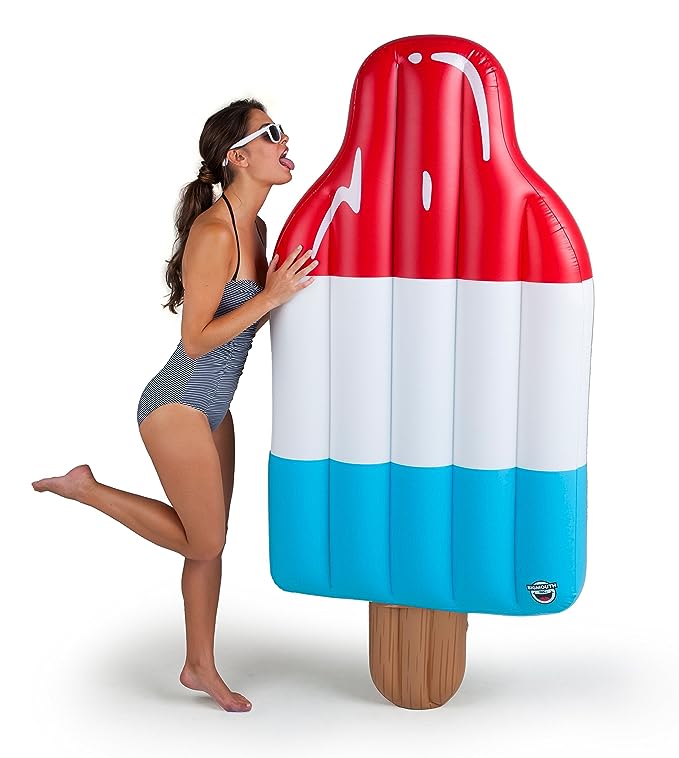 Do you need this bomb pop pool float? Me thinks you might.

However, Wells countersued claiming that the use of the term “original” on the Firecracker package was equally misleading. How could they be “original” if Bomb Pops existed 30 years before their inception? Unilever argued that “original” referred to the Popsicle brand itself. The court ultimately dismissed this countersuit, and you can read more about the insane legal battles spurred by a seemingly innocuous ice pop here. While it may seem like an extreme case, it’s actually a really fascinating look at what can happen when eerily similar and niche products compete for marketplace dominance.

Related Reading: How to Make Wine Pops, the Coolest Summer Treat Around

If you’re feeling particularly ambitious, you can forgo both brands and try making your own at home. By using cherry syrup, lime, and raspberry extract, you can take a more natural approach to this summertime staple. This recipe has a pretty good breakdown of how to create each individual layer. But regardless of whether you opt to buy or make these pops, one thing’s for sure—no Independence Day is complete without them. 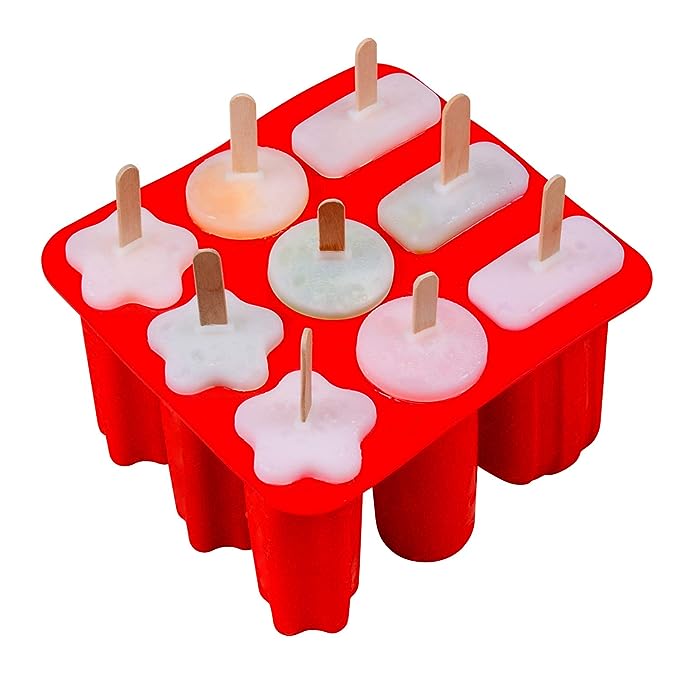 Make you're own festive FoJ-inspired pops.

Is Shopping the Outside of the Grocery Store All It's Cracked Up to Be?

The Key to Getting Stubborn Stains Out of Your Carpet

9 Short Rib Recipes to Feast on All Fall & Winter