The Best Food Secrets at Summer’s Most Popular Music Festivals

Music festival food has come a long way since the first few, like 1967’s Fantasy Fair and Magic Mountain where the only thing anyone ate was LSD dropped on the crowd by the Grateful Dead’s “personal chemist,” Owsley Stanley, as he flew over Golden Gate Park.

These days, while talent bookers clamor to secure the summer’s top music acts, a similar mad dash is happening to devise equally impressive food and drink lineups for hot and hungry festival-goers from coast to coast.

From rare Bourbon in Louisville to brunch in the Big Apple, and tacos! tacos! tacos! in Austin, these massive festivals deliver culinary snapshots of their respective regions at gourmet levels not seen before. Their sophistication of work might go unnoticed by the average festival-goer but I spoke to the hard-working food & drink coordinators at some of the nation’s best fests to find out what to expect, what to look for, and what not to miss this summer.

There is likely no music festival on earth with more pressure to deliver a perfect 10 than New York’s 9-year-old Governors Ball, which plops down on Randalls Island for three days in early June bringing rock, pop, and hip-hop superstars like Nas, Lil’ Wayne, and Florence & The Machine. Luckily for organizer Tom Russell, a lot of the city’s best eateries are excited to be part of the festival like pizza icon Roberta’s Pizza, and NYC BBQ staple Mighty Quinn’s.

This year they’ve announced three new food programs including a Gov Ball Brunch from 12-3 PM. On Saturday, June 1 Gov Ball will be celebrating World Pride with LGBTQ artists at the Bud Light Dive Bar, Drag Queens at the South Liquor Garden. And of course, it wouldn’t be NYC without a bodega so this year Gov Ball is bringing the bodega experience (sans the cats, we hope) to Randalls Island for all your festival essentials, including rainbow bagels.

Russell says “Ramen Burger and DŌ! have the longest lines every year, so think about getting there early or during a lull in your day with some time to spare.” And don’t forget about the bodega (new this year) to snatch up quick snacks, cold drinks, and other key supplies.

Forecastle has been going strong since 2002. The homegrown music festival celebrating “music, arts, and activism” has evolved from a small gathering of friends and artists to one of the premier events on the summer music calendar. It draws tens of thousands every July to Louisville’s 85-acre Waterfront Park, blending cutting-edge local, regional, and national talent across multiple genres.

Jeff Cuellar, Forecastle’s VP of strategic partnerships, describes the scene as a “variety of cuisines from all over the world, with a southern flare and heavy ‘Bourbonism.’” Look out for local favorites like Firebird BBQ, Hi-Five Doughnuts, Black Rock Grille, La Chandeleur, Heine Brothers Coffee, and Steel City Pops. 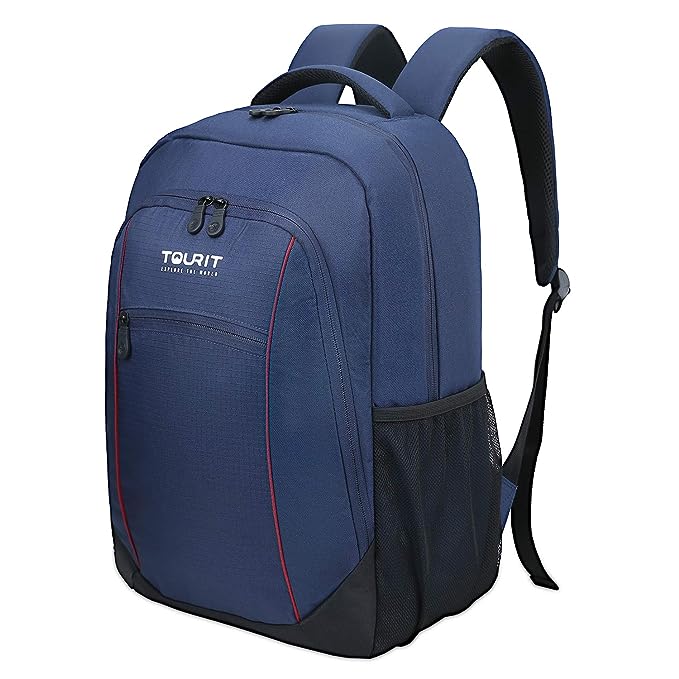 The Bourbon! Forecastle’s Bourbon Lodge is where it’s at. Fans of the brown stuff can purchase a membership online or on-site allowing access to an immersive (and air-conditioned) Bourbon Lodge experience with selection from Kentucky’s best distilleries, served neat or in cocktails. Flight Bar & Rarities (located inside the lodge) features rare and hard-to-find booze like Old Forester Birthday Bourbon, Four Roses special editions, and more—many only available at Forecastle and in limited quantities. 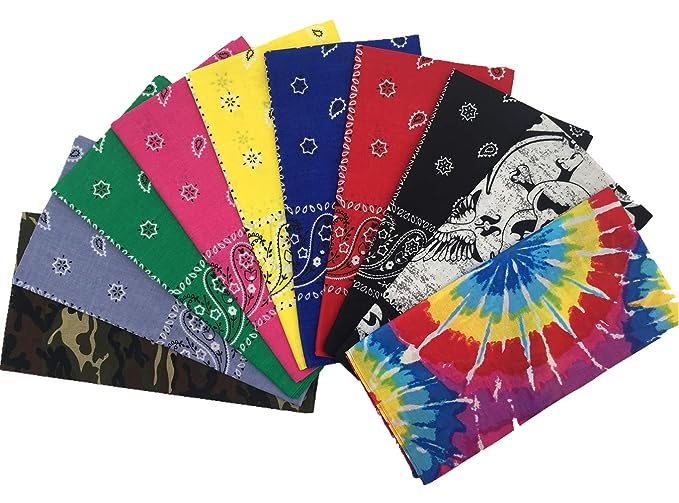 Don't be caught dead without this festival essential!

In many ways, Austin City Limits, or “ACL”, is the grand finale of festival season. And like any good finale, it pops over two full weekends in October, boasting legendary headliners like Paul McCartney and Childish Gambino.

Kevin Noonan, ACL’s manager of vendor operations, tells me his number one priority is elevating the local establishments inside the grounds of Austin’s Zilker Park. Noonan and his team strive for representation from “restaurants that locals would recommend to out-of-towners.” Expect lots of barbecue, queso dip, and tacos…lots and lots of tacos.

Noonan says, “If you’re looking to avoid the dinner rush, know that the most popular time to visit the food court is right before the headliners go on. Divide, conquer, and then share with your friends to try the most food in the least amount of time!”

The Wine Lands at Outside Lands Festival, Cal Binghamton

Like New York, San Francisco has a seriously badass reputation to uphold when it comes to anything food-related. Now in it’s 11th year, Outside Lands reigns sonic domination over SF’s historic Golden Gate Park for one weekend in August, alongside a brag-worthy 83-vendor lineup of culinary heavyweights curated by celebrated SF restaurateur Anna Weinberg (Big Nights Restaurant Group).

In her second year with the festival, Weinberg laughs that it’s always “freezing at night,” so hot and spicy foods are popular and her team delivers an epic selection. The expansive offerings are broken into categories including “Taste of the Bay” featuring both longtime institutions and newcomers like Michelin-rated Hawker Fare (Lao/Thai), Trestle (New American), The Monk’s Kettle (Belgian), and Little Chihuahua (Mexican).

Similar to Jazz Festival, Outside Lands also houses a culinary stage called “Gastro Magic,” where star chefs from the area dazzle onlookers on hiatus from the main stage where crowds sway and shimmy to icons like Janet Jackson and Florence and the Machine.

Tented areas dubbed “Wine Lands” and “Beer Lands” feature 41 Northern California wineries and 30 West Coast breweries respectively. That’s a whole lot of good drink. Not to be outdone, Cypress Grove curates “Cheese Lands” where you can try their famous Humboldt Fog, among others.

“Carve out some time to hang in the Wine Lands Courtyard. It is a total blast and marching bands come through unexpectedly, bringing raucous and unexpected entertainment.”

Dover might seem like an unsuspecting city in the second smallest U.S. state but it’s home to one of the coolest new additions to the festival circuit. In only its seventh year, Firefly has already bagged major acts like The Killers and Red Hot Chili Peppers to grace its stage in mid-June and the food, much like the festival itself, is eclectic yet manageable.

Favorites here include Hebros Kitchen, Tica’s Tacos, Humpty’s Dumplings, Grotto Pizza, and Roaming Raven (cheesesteaks) underscore a diverse local lineup with something for everyone. Delaware brewery Dogfish Head has the beer market cornered. Lucky for us, they brew some of the best on the coast and always offer a signature Firefly Ale for the festival only.

The Woodlands Coffee House. The Coffee House replicates a, well, coffee house and features intimate performances from fifteen acts and a large coffee shop including coffee cocktails (yay!). A great spot to relax and recaffeinate between higher-energy sets in an intimate setting. You might even hear “Smelly Cat.”

Island Noodles is easily one of the most popular vendors and usually sells out fairly quickly. Get in line early and often!

Unsurprisingly, the best festival food happens in and around the country’s best food cities and both New Orleans and its prized “Jazz Fest” are in a league of their own. Each year, spanning two weekends in late April and early May, folks descend on the Fair Grounds Race Course (just outside the French Quarter) to celebrate the birthplace of jazz and whole lot of incredible food.

From muffuletta sandwiches and alligator gumbo to cochon (pork) sandwiches and TONS of seafood, Jazz Fest packs as big a punch as any with an incredibly defined food personality that reflects the city itself. Director Michelle Nugent secures over 60 vendors each year, all with distinct and local culinary traditions including Cajun, Creole, soul food, street food, “Nouvelle ” Louisiana, Vietnamese, Cuban, African, Native American, Mediterranean, and classical French.

As the scent of hot fry bread and oyster po’ boys waft through the thick Louisiana air alongside tunes from headliners like Bruce Springsteen and Buddy Guy, you realize this is the mother of all festival food experiences and worth every calorie.

Take a break from your Zydeco two-stop and catch full-on cooking demonstrations at the indoor Food Heritage Stage where mic’d up master chefs like Red Fish Grills’ Austin Kirzner give step-by-step instructions on how to make menu staples like Redfish Etouffee (with enough for everyone to sample, of course).

Download the Jazz Fest app, a helpful resource for locating your favorites in a sea of offerings and find a complete schedule for cooking demos at the Food Heritage Stage. As an added bonus, the music ends before sunset, so make your way to one of the city’s many celebrated restaurants like Cochon Butcher or Arnaud’s French 75 for dinner, but make reservations early!