If you’re vying for the title of the most interesting man (or woman) at your Cinco de Mayo party, leave the macro lagers at home. Mexican craft beer has exploded over the last few years, providing plenty of exciting alternatives to Dos Equis, Corona, and Tecate.

While the influx of Mexican craft breweries is a relatively new phenomenon, the nascency of the movement is an asset according to Will Sperling, general manager of Mikkeller Bar L.A. which last summer played host to the largest Mexican craft beer festival in the United States. “The key thing is that [Mexican craft breweries] are taking influences from everywhere,” says Sperling. “They’re not tied down to tradition like other places in the world are.”

While there’s a huge thirst in the U.S. for craft beers brewed south of the border—Sperling estimates over 2000 people attended Mikkeller’s Mexican craft beer fest—American breweries are also producing an impressive number of offerings that highlight Mexican ingredients such as peppers, chocolate, and tropical fruit.

These beers are great any day of the year, but there’s no better time to enjoy them than May fifth. Below you’ll find Sperling’s picks, both Mexican and Mexican-inspired, for the best brews to drink on Cinco de Mayo, along with his suggestions for food pairings.

This light and refreshing Mexican pilsner goes down easy like Sunday morning. Sirena is a crowd pleaser in any situation, but it’s particularly enjoyable on the beach, which makes sense considering it’s brewed only 100 yards from the Pacific off the coast of Ensenada. “Forget about Big Beer and drink this,” implores Sperling.

Food Pairing: Since you’re going to want to get the party started early, Sperling recommends the combo of huevos con chorizo with a side of fingerling potatoes and birote, the Mexican version of the baguette. “A crisp pilsner is perfect for something like this with just a little heat.”

“Rich, yet smooth and dangerously drinkable,” is how Sperling describes this beer substitute for Mexican hot chocolate. Xocoveza is based on a recipe from award-winning homebrewer Chris Banker who joined forces with San Diego’s Stone Brewing and Tijuana-based Cervecería Insurgente to create a multi-layered stout which includes coffee, cocoa, peppers, vanilla, cinnamon, and nutmeg. While Stone’s take on Xocoveza is excellent, Sperling recommends seeking out the version brewed by Insurgente which offers “a bit more heat.” 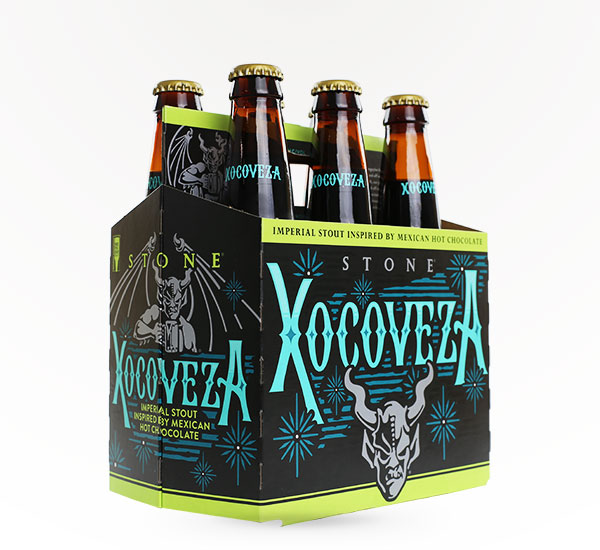 Food Pairing: Sperling enjoys putting together a cheese plate to accompany Xocoveza. Though, in the spirit of Cinco de Mayo, a rich, gooey quesadilla might be in order.

San Diego may be the birthplace of the West Coast IPA, but they just might be doing it better a little farther south. Case in point: this Imperial IPA from Border Psycho, one of the most buzzed-about craft breweries in Tijuana, the epicenter of the Mexican craft beer scene. “They’ve completely nailed the style,” says Sperling. “Citrusy, vibrant, it’s one of my favorite everyday craft beers.”

Food Pairing: Here’s your excuse to break out the barbacoa according to Sperling. Tender and smoky, this mouth-watering Mexican barbecued beef dish “complements the bitterness of the hops wonderfully.”

Sperling keeps it in the family with this suggestion courtesy of Mikkeller’s San Diego-based brewery. A German beer by way of Mexico, this tropical Berliner weisse brings the heat. “The addition of the fruit and spice and its low A.B.V. make it an incredible alternative to macro lagers on a hot day,” Sperling says. (2019 note: As an alternative, try Habanero Sculpin made into a mango shandy.) 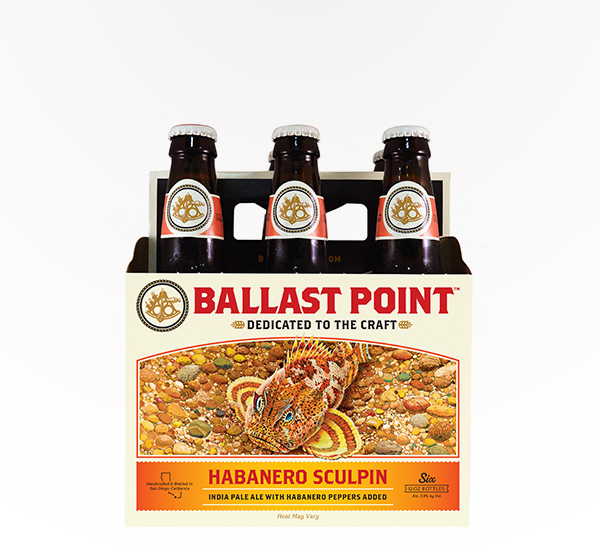 Food Pairing: Keeping with the sweet and savory theme, fruta picada, the spicy Mexican fruit salad, provides a perfect match. Sperling prefers his with fresh jicama and jackfruit as well as a sprinkling of Tajin, the popular seasoning that fuses chili powder, salt, and lime.

Another example of old world style with a modern spin, Florida’s Cigar City takes a classic gose, traditionally brewed with a hint of salt, and adds vibrant citrus notes for their interpretation of the definitive Mexican cocktail. “The addition of orange, lime, and salt make this the perfect pool beer,” says Sperling of this “unmistakable take on the margarita.”

So there is a story behind this bottle…We teamed up with our friends @wrenhousebrewing to make a Móle inspired mead with over 💯 ingredients on The Day of the Dead last year (and 6 months in a Woodford Reserve Barrel didn’t hurt). To see a quick video of everything that went into this mead Google Toro de los Muertos or head over to the Superstition Meadery YouTube Channel. The name because obvious to Jen & I while riding bikes through the jungle in the ancient Mayan city of Coba. When we arrived at one of the largest pyramids that you are still permitted to walk up, I was telling our local guide that we made a mead with lots of spices and cacao. He told us how Mayan people still make mead for special events and that the pyramid behind us was built to honor Nojoch Mul, or the honey bee god. Apparently archaeologists called the relief sculpture on the pyramid the “Descending God” not immediately realizing that it was actually a god flying like a bee. This amazingly complex bottle will be available on the Superstition Webstore at 10 AM on Friday August 31st, and in Prescott on Saturday September 1st. Cheers 🥂 #superstitionmeadery #wrenhousebrewing #collaboration #barrelagedmead #mead #nojochmul

A post shared by Superstition Meadery (@superstitionmeadery) on Aug 22, 2018 at 4:51am PDT

Cap off your Cinco de Mayo celebration with a bang by popping open this mind-blowing mead which is inspired by a traditional mole recipe. Though not officially a beer, mead, the ancient beverage made with fermented honey, has become a favorite among the craft crowd with bars like Mikkeller offering the sweet stuff on tap. Nojoch Mul, which features over 100 ingredients—a nod to its famously complex inspiration—“is in a class of its own,” says Sperling, who is wowed by the mead’s “spicy, bitter chocolate kick.”

Food Pairing: Sperling suggests letting such a decadent delight fly solo. “Ditch the food and enjoy this on its own!”

Not a fan of beer? Get your favorite tequila through one of these five alcohol delivery apps and shake up a margarita.