+
October Cookbook of the Month: The Book of Greens, by Jenn Louis Discuss
+
Breakfast Brunch Pancakes

5 Types of Pancakes You Should Absolutely Know About

Pancakes are among the most iconic breakfast foods, but there are way more varieties than the kind you see on syrup bottles.

What do you eat for breakfast? If you’re like me, it depends on the day. On a standard weekday, I’ll go for cereal with blueberries, and maybe an English muffin. If I need to get up early, I might not eat anything at all. I know, breakfast is allegedly the most important meal of the day, but when that alarm goes off while it’s still dark outside, an extra 15 minutes seems pretty darn important too. Over the weekend, I’ll probably opt to get food out. Before having a child, that meal was most accurately called brunch, due to the fact that it occurred somewhere between the hours of 11 a.m. and 2 p.m. These days, that meal is most certainly called breakfast, as it often occurs before 9:30 a.m. because we’ve been up since 7 a.m., and we have to get out of the house! On these days, my breakfast is more relaxed and I’m looking for something a bit more filling. Most of the time, it also involves something insanely sweet.

When you’re out, that something sweet can be numerous things. Maybe it’s a breakfast roll, or a doughnut, or a muffin, or a cinnamon bun. More than likely, however, you’re opting for one of three standard griddled sweets: waffles, French toast, or pancakes. And let me tell you something: these days, I’ve been eating a lot of pancakes. I’m usually a pretty staunch French toast guy, so I started thinking about what’s prompted my pancake breakfast binge as of late. You know what I discovered? Pancakes come with stuff. That’s right! My favorite breakfast dish, the corned beef hash skillet, often comes with pancakes or toast. Naturally, if my goal is to have a meal that fills me up for the day, I’m going with two or three pancakes over (what often amounts to) one slice of toast, cut in half to appear like I’m getting more than I actually am. Besides, pancakes, covered with butter and maple syrup, are the perfect accompaniment to the savory goodness of that Irish-inspired (or is it?) skillet filled with salted brisket, potatoes, cheese, and eggs.

You know something else? I’ve even started making pancakes at home from time to time. The reason why is a bit more obvious, though. My son loves “‘cakes,” as he calls them. If he likes ‘em, I’m making ‘em, and, as anyone with kids can tell you, it’s way easier to make one meal than two (or more!) to accommodate a picky eater. Therefore, we shall eat pancakes. All of us! Can I tell you a secret, though? I kind of find pancakes boring. GASP! I know, I know. What kind of a person am I? Anyway, there’s something less-than-intriguing about a plain ol’ flapjack to me. Given how much my son likes them, though, I started investigating how to liven them up. In the course of my search, I consulted the greatest pancakery (made up word, but I don’t care!) I’ve encountered: Walker Bros. Original Pancake House (as referenced in “Mean Girls”). After perusing their menu, I discovered five different variations I might have to make in order to up my game and add some excitement to my pancake ambivalence. Here’s what I found:

My dad loves these things! They are huge, hot, full of apples, and dripping with pockets of gooey, caramelized sugar and cinnamon. And if that weren’t decadent enough, you can even try it with ice cream! After doing some further research, I found out that these delights closely resemble the German treat Apfelpfannkuchen. If you’re thinking this is anything like a short stack, you would be mistaken. But it’s a pancake still worth your time. Get the Apple Pancakes recipe.

This large, lighter pancake goes by many different names. Also known as a Dutch Baby (though not Dutch), the German pancake is a popover-style cake that bakes up big and quickly comes back to earth (due to its lacking a leavening agent like baking powder) after it’s taken out of the oven. It’s usually sprinkled with powdered sugar and served with a lemon, but there are no rules keeping one from adding other things, like cinnamon, mixed berries, or whipped cream. Rock on! Get the German Pancakes recipe.

My mom loves these things! There’s really nothing sweet about them, but they still qualify as pancakes because there’s typically some sort of flour-and-egg mixture holding them together. This is also what differentiates potato pancakes from hash browns. If you’re looking for a savory cake, this is your best bet. Still, if you like some sweetness, a great accompaniment to a potato pancake is applesauce. Like it’s sweeter varieties, potato pancakes have diverse preparations from numerous cultures around the globe. Get our Irish Potato Pancake recipe.

Typically, I just use a box mix like Aunt Jemima or Bisquick, but my mom made some traditional, from-scratch pancakes recently, and showed me what I’ve been missing. They were fluffier and heartier (paradoxical!). They also had a bit more sweetness (a welcome change for me). Plus, her addition of blueberries to the batter reminded me that traditional pancakes can be easily upgraded with fruits (bananas and blueberries are my preference), candy (chocolate and butterscotch chips work great), and even meat (bacon pancakes aren’t in my wheelhouse, but I know the savory, sweet combo is enjoyed by many). You can also mess with the size, making massive cakes (remember Uncle Buck?) or tiny silver dollar pancakes (kids love these). For a from-scratch recipe, check out our Basic Pancakes recipe.

The next time you’re in the mood for pancakes, keep these five varieties in mind. At the very least, they’ll be a nice change from your norm. Then again, they could become a new family favorite. Either way, they’re sure to help you remember how important a meal breakfast really is! 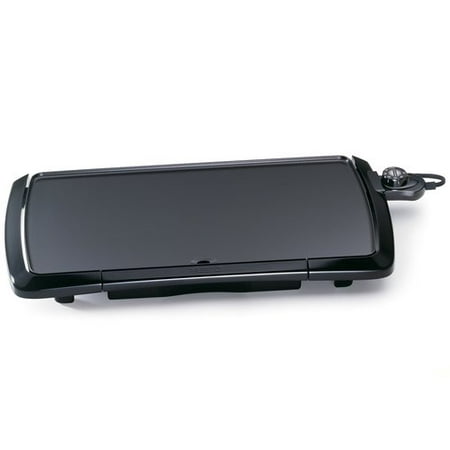 Frying pans and skillets work just fine, but griddles are popular for making pancakes for a good reason.

Related Video: How to Make Those Internet-Famous Japanese Souffle Pancakes